Just a short note to show you all my new batteries. Just got these last Friday.

`;)
The plan is to connect them to the Trike, since it's very comfortable, and trail the Truck with the Batteries connected to the Trike and set a new distance record.
Using the magic of some editing, we can probably get a picture of it.
We'll put how we did it in the small print. 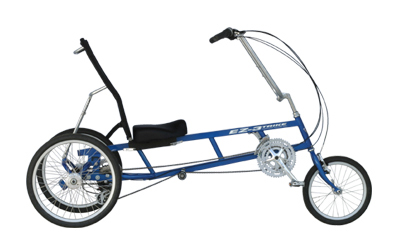 i think you've got a miscalculation there. With 1440 lbs of batteries the bike wouldn't move an inch!!

I think you are correct and the other problem to consider is tire pressure.

My curiosity has been aroused. Do you charge those batteries with a solar array, or by some other method? Are you able to power your home exclusively off of them?

Nice battery bank!
My system is a tad smaller ...
... two 6V 220Ah. in series :)
I use mine to run my laptop and wireless network and act as a UPS. I charge mine with a small wind generator and very small solar array.

I'm curious too, how do you charge your system and do you completely power your home?

As you can see I have moved the post to the more correct forum.

The system is used more as a backup at this time. I live in the country where almost every lightning flash caused us to loose power from 1 to 6 hours, that is why I installed this system 9 years ago, I got tired of being in the dark almost every time we had a little thunder storm.

I have a 15Kw generator (diesel) which has the capability to charge the batteries and run the house at the same time. If I were to turn everything in my house and farm on I would need about 7400 watts @ 240-volts, therefore I have sized the system to output 8000 watts @ 240-volts with the plan to at some point to get off the grid (system cost with installation including rewiring the farm house for the system was about $27.000.oo). My plans are to get solar panels, covering one side of my barn roof, which will charge the batteries. But that's about $10,000.oo down the road.

When I tested the system, running only on the backup system for a month, the electric company came out to check my meter. I loved it they were so funny. The system is completely automated. The system charges the batteries from 50% discharge to full charge in a little over 3 hours @ a 60 Amp charge rate, to start. The chargers, 2 of them, are designed to charge flooded batteries and use a 4 stage charging algorithm. (Bulk, Absorption, Trickle, and Float) I always thought trickle and float were the same but the system clearly shows a difference in current between the 2 stages. The system can run the farm in what I call normal use mode (all the day to day stuff running, 2 computers, bid screen TV, surround system, lights, and all the other stuff) for 12 hours on a charge. If we go to conserve mode, turning off stuff that is not really in use, we can go 23 hours on a charge. Both of these include cooking 3 meals using an electric stove which is a big drain. The switchover time on the Trace Engineering Inverters I am using is less than 100 milliseconds. I did a test where I was on-line downloading a large file and forced the system to switch from main power to battery backup then generator backup and all the way back to main power. The download completed successfully without missing a bit, what a system, was I surprised.

I think I have answered most of the questions let me know If you have any others.

MB-1-E,
Sounds like you have a well designed system for your use. Do you plan to expand it at any time to?

That is a Very impressive system!
It must have been a blast when the electric company dropped by ... I love it! :D

Is that 15Kw an Onan Generator by chance?
You are definitely covered in the event of most any prolonged power outage. There's something really wonderful about being independent in that respect, even with my micro system.

Mine is just a hobby, we don't get enough sun here to make solar viable. The wind not consistent although at times we do have periods where it will keep my two batteries charged. We live in a fairly well treed area and I only have a 21' tilt-up tower (2-1/2" pipe) so the wind we do get is gusty and changes direction a lot.
Hydro is a nice if you have a source and some drop in elevation, it's so constant that it's the way to go if at all practical.

I learned a bit about AE at Otherpower (now www.fieldlines.com ), great resourse!
I also did a stint (many years ago) in the 82nd Airborne where I was a Mobile Electric Power Generation specialist (generator mechanic), I really enjoyed the classes and field experience.

If you have any wind at all, you might consider building an axial wind turbine, they can generate a nice output.
With the system that you have it would be plug and play. Might make a great supliment to the solar.
I started out by getting a good annometer to get a sense of the wind potential then made a Permenant Magnet alternator conversion from a two stage AC motor.
It was a very fun project.
I'll probably make another one day.