I was trying to remember the stages of Vego 600 modification that Fetcher posted a couple years ago but don't remember the details.

I have a vego 600 which I've been fiddling with for a couple years. It came to me as a bare frame around the time the Vego corporation died. No controller, no body panels, but it did have the stock wheels and motor. I finally have it set up so it's usable for my commute. The controller is a 4QD Uni-8 running at 36 volts. Essentially I'm running with the 36 volt modification Fetcher described long ago ... the stock motor, running at 36 volts, and the controller in question is rated for a max 80 amps.

Note: the stock motor is rated for 24 volts 500 watts. Clearly with this setup it's being overdriven by a bit.

It takes off pretty good but it's not a scortcher. So the speed demons here might not be happy with it, but I'm satisfied.

The concern... I had intended to check the motor temperature after my run this morning but forgot until about 10 minutes after stopping. At 10 minutes post-ride the motor was still rather warm, indicating it's getting very warm during the ride. The ambient temperature is around 45-50 degrees F.

‹ Can someone point me to a primer on motors? up Good quality head- and tail-lights for electric bicycles or scooters, improving safety and visibility, at low energy cost ›
Top
Tue, 02/06/2007 - 12:49
#2
Fechter

The stock controller was limited to around 50 amps. At 80 amps, the heating could be quite a bit more. Some Vego motors failed from fried commutators at even 24v, so cooling would be a good idea.

I can't seem to find my pics of how to drill out the motor in this computer. I can post some when I get home.

Fechter,
Is this it?
From the V is for Voltage Archives

From the V is for Voltage Archives

Peace Out, ;)
Gman
Fechter, thanks for sharing your preferred future vision of our growing community http://visforvoltage.org/forum-topic/our-community-vision/330-it-seems-well-be-here-awhile-what-your-vision-future-

To drill out the motor, you need to take it apart.
Make mating marks between both end bells and the magnet ring before taking it apart so you can get the timing right when you put it back together.
I drilled one 7/8" hole in the brush end bell and epoxied in a short piece of 3/4" copper pipe to attach the hose to. See pic. Don't drill the smaller holes you see in the picture. That was a bad idea.

The shaft end I drilled with eight 1/2" holes. After drilling the motor end plate, I held it up against the motor mount and marked where to drill so the holes would line up when it was together.

To put the motor back together, you need to compress the brushes while you slide the end back over the commutator. Some people use string taped to the outside to hold them, I used bent paperclips.
Once the brushes are over the end of the commutator, you can pull out the clips through the crack. 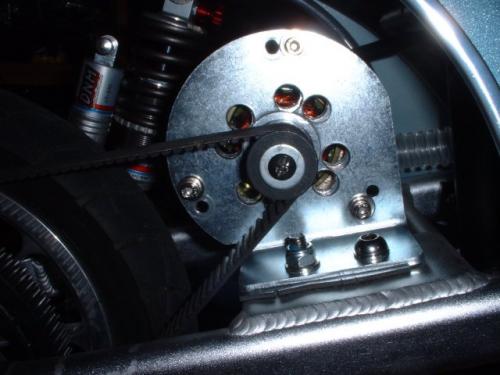 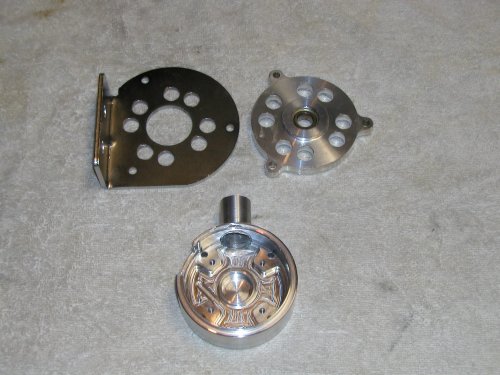 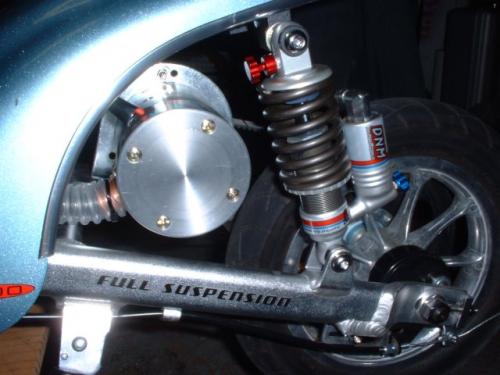 Oops, the wrong brush plate picture got loaded above.

Here's the one showing a paperclip used to compress the brushes for re-assembly. 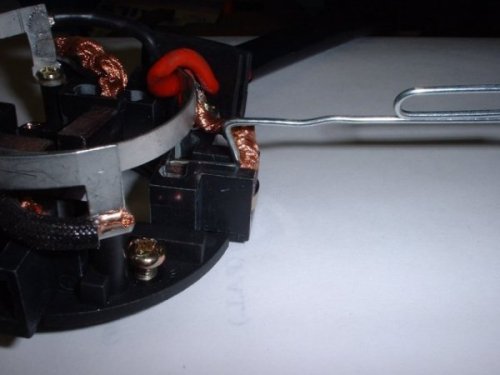 Here's how the brush end looks with the blower inlet tube. Again, the three smaller holes are not desirable. 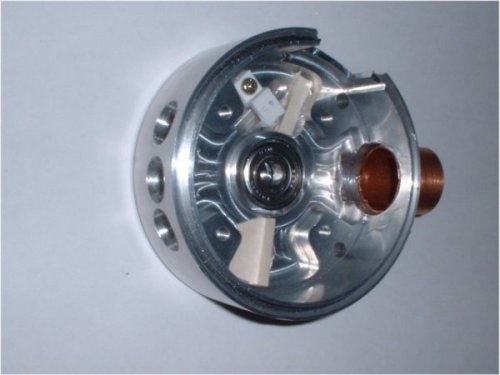