This bike is the equivalent of a 1980 Vanagon Camper - underpowered, overweight, low performance, but with a mysterious cachet that draws a cult-like following. It looks like an old Honda 90, with about half of the gumption of my childhood friend's Honda 50 moped, and can barely get me back up the hill to my house in Seattle with a rented DVD for payload. But my daughter and wife think it's the cutest thing in the world, with its fire-engine-red plastic stylings, and my daughter wants to ride it instead of taking the bus,so I guess it's good for something.

I'm too lazy to redo all the documentation I put on the Endless-Sphere here:

The BD36 after it's been ground smooth, sanded, and clear-coated.

Batteries:
Random four (4.5Ah) pulled from my skateboards and two 5Ah PowerSonics. I can get all of about 1.5-2Ah out of them.
Charger:
Pair of random SLA chargers.
Controller:
Modified Yi-Yun YK-42 (I think) with 4110 FETs
Conversion time and cost:
Like $300 and too much time.
Curb weight:
30lbs sounds about right.
Drivetrain:
It's a hub motor. The drivetrain is non-existant. :p
Heater:
It's like 90+ degrees around here lately WTF do I want a heater for?
Miles as an EV:
Um, like 30 so far, LOL.
Motor:
Wilderness Energy BD36
Number of wheels:
2
Seating capacity:
One
Top speed:
31.5mph
Typical range:
2 miles ROFL
Watt-hours per mile:
No idea since I can't use the Doc Wattson anymore, but I'd venture a guess of around 20-25.
Location:
The ghetto.
Vehicle maker:
Next
Vehicle Type:
Bicycle
System Voltage:
61-72 volts
before comments

Loads have been done to this bike, more than I can chronicle here. Luckily, I've got a detailed history over on the ES. ;) 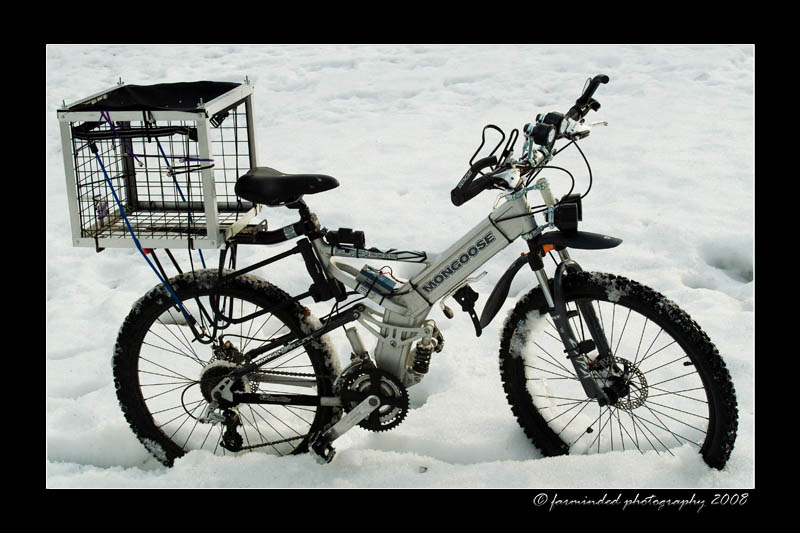 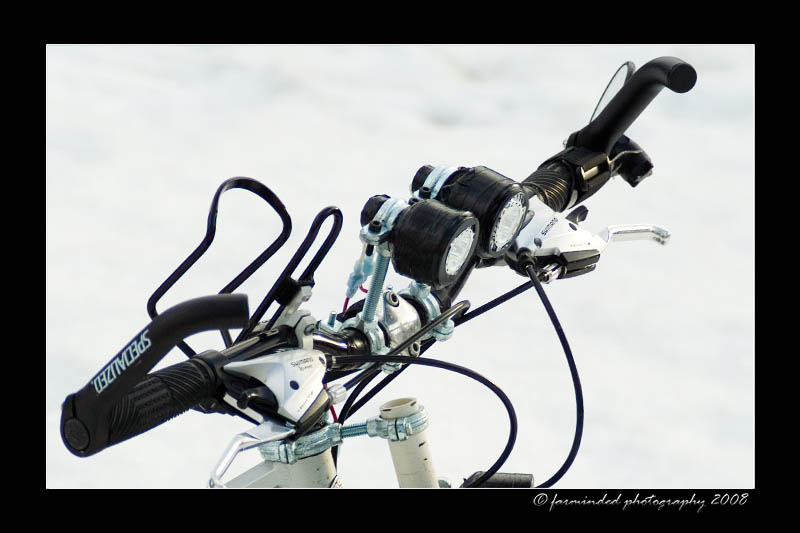 Gotta Love My Winter Tires I DO. :) Nokian Freddie's Revenz 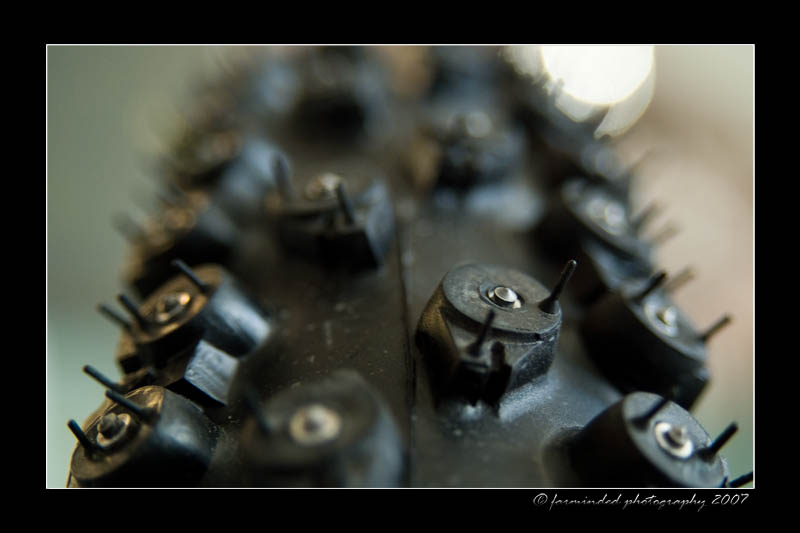 The mounting strips (3) are titanium, though probably overkill.

this a work in progress using motors that will be returned to there rightful place after testing. 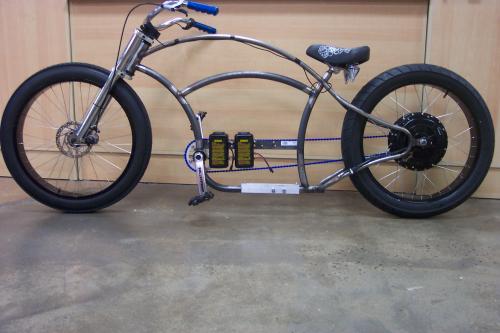 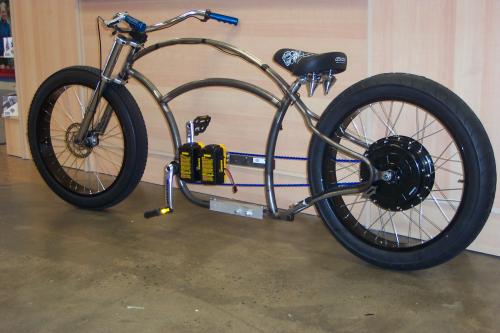