Getting around with an electric bicycle

Because electric bicycles have limited speed versus other vehicles on American roads you might think it's unsafe to ride a bike around, electric or otherwise. Electric bicycles generally are 20 miles/hr or thereabouts, and the equipment on an electric bicycle may not be safe for higher speeds. If you want higher speeds, my opinion is you should be riding a motorcycle because the motorcycle equipment is built for high speeds. Bicycling, electric or otherwise, also has the advantage of giving an opportunity to exercise, and the preponderance of fat butts in the U.S. (mine included) indicates bicycling as a useful activity to encourage.

Electric bicycling should make bicycling more adaptable to daily use. A commute by manual bicycle probably leaves the rider sweaty, and undesirable in an office setting, while a commute by electric bicycle should mitigate the sweatiness.

bikely.com is a collaboratively built set of bike maps built on top of Google Maps. It shows useful bicycle routes for getting around, some of which are usable commutes. While a bicycle, electric or otherwise, isn't very compatible with the traffic on main roads, there are often side roads for getting around that are comfortable to bicycling. Hence the bikely.com maps can help an electric bicyclist know the best route to take for comfortable riding.

` ;)
I agree with everything you said. I can not carry my under 750W w/pedals on our Metro Train because Security might think it's a regular Scooter. It's too heavy to lift up on the racks on the front of the Bus used to carry bicycles, so my range is very limited. Then there is the hassle with law enforcement, I just had another one last week.
As they use to say, it's looks cool, but that's about it. People think it's a Vespa. and probably wonder why I sometimes am going so slow.
I'm from Missouri, the Show Me State, and I have to be shown. 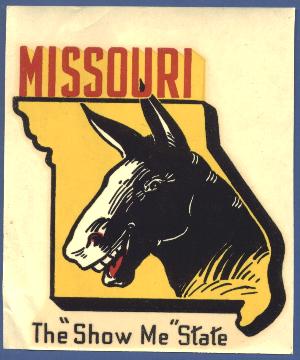 I should have gotten a E Bike rather than a cool looking E Scooter.
My feet are always on my pedals, so I carry my Groceries and stuff on the floor board, I do like the extra storage under the seat and trunk I can lock if I make more than one stop.
I do enjoy riding it, and just accept the limitations. With all the errands I use it for, it's probably paid for itself already based just on Gas prices.

The flattest isobars are usually hogged up by main arterials. The side roads in Seattle have more hills, which doesn't matter with an electric bike. I avoid the main drags even if they have a bike lane.

I have discovered 3 uses for my Merida besides commuting.

1. I live in the country between 2 small towns. The first is 9.5 miles away and I can make a grocery run in about 40 minutes on my Merida. The other town is 11.25 miles away with a much better store but takes too long because I can't run at full throttle or I run out of battery about a mile from home. I'm working on that problem by going to DeWalt battery packs.

2. The other use I have found is to take it with me on my bike rack. As I said the towns around here are small. One of them puts on festivals which are a lot of fun to go to. Plenty of Brats, Beer, Music, and etc. The problem is parking because they block off the streets downtown and use several of the parking lots for the festival. I drive to town, 14 miles away, park on the outskirts of town, plenty of parking there, Jump on my Merida and head downtown where I can park my bike anywhere. No more parking headaches.

3. When I go camping I take the Merida. The best use is to run to the shower house at the other end of the campground. Saves time and if you are in a hurry, well need I say more.

I am sure there are lots of other simple uses.