X-Treme XB-508 what can be done to increase performance?

Can you give us more details or explain
Quote:

Basically, a 20AH battery doesn't always hold 20AH. If you draw one amp, it will take 20 hours to drop below usable voltage. That's 20AH. But if you draw 20A, you WON'T get one hour of power -- more like 20 minutes, or 8AH (SWAG). Mr. Peukert developed a systematic way of describing this.

Well what conclusions were finally made?

Anyone mention here: http://www.electricbikessys.com/Scooter_Motor.htm . Maybe they have a larger wheel motor now? Tried to contact them, and they didn't respond back.

A much cheaper option would be a 2nd motor driving that chain. An etek will always work, but there are smaller motors here: http://www.robotmarketplace.com/marketplace_motors.html

` ;)
Thanks, now all we need are some specs.
Maybe there is still some hope after all for us under 750 watt/48 Volt E Scooters.

I had a 508 and the mod is simple. Under the speedomiter is a group of wires covered in a heat shrink. Remove the shrink, there is a potometer inside. On center stand, turn the meter left to right with the throtel on full. Stop when the mph are the higest. Done!! An extra 5-8mph.

Are you sure that you aren't just changing the calibration of the spedometer, while still going the same speed?

Have you verified this against another source? car? bike spedometer?

I have an extreme xb 508 had it for a year now. I have also had some electric voys three of them actually. I read all your posts on the controller mods etc. Well I didn't do any of them i hooked up one extra battery for quite sometime. I would say at least 4 months of driving just about every day. So i was brave and added another battery. Have been driving it every day without any issues. The only issue i had was having to tighten up the nuts that hold the wheel in place. I haven't changed the controller or anything. Does around 28 to 30 mph. I drove it 16 miles the other day and was fine. The motor gets a little warm but it was also in the 90s out. So I am not sure if they are all like mine but it seems to handle it fine without any extreme mods. I use a fuse and put the regular wires back together and charge the four fronts. I have a quick charger for each individual ones and they seem to finish at the same time. I recommend the 2ah 4ah 6ah charger at walmart for 28 dollars you cant beat it. Hope i helped some of you out.

I know it's an old thread,
Seemingly since 2007 no progress has been made towards these bikes.

Long reply, much useful info though:

Concerning running more amps through the controller, you could place the controller box outside the body,like they did with the XM bikes on the rear wheel:

That way you save some power to the fan;although for controllers upto 850W you won't really need active cooling.

What you could also do, is connect a second controller and change the front wheel to a small motor wheel (say sub 350W).
It'll give significantly more torq, but the bike will be heavier,and lower on mileage. You could install a second battery pack under the seat or in the back compartment, and wire it to the front.

The 500/700W motor is powerful enough to go really fast, it's just the controller limiting the motor's RPM.
If you had a brushed motor you would not need a controller,and could go a lot faster by just plugging in an extra battery.

A significant improvement is getting a 96V rotor,and controller!
But if you stay with a 48V one, try to see if you can not add one or two cells in the pack, to increase voltage to 51 or 54V. That way you extend range minimally,and increase speed minimally. Just add the cell in series with the battery compartment, preferably one that's rated the same as the ones in the battery pack.

You could also double the battery pack, using diodes to direct the voltage. Both batteries have to be the same voltage. It does not matter if both battery packs use a different technology or not. Because of space constraints, it might be better to use the smallest battery pack available (@48V) even if it's a LEAD ACID battery pack.
In fact, with the diodes you have a 3V drop over them, so using 3 18V powerdrill batteries in series (total of 54V) should still work.
Best batteries for this purpose are NiMh batteries, as they are kind of lightweight, have plenty of power, and aren't too expensive.
You also need to utilize them until they're completely empty.
The negative about these batteries is that they get empty after a week of no use. 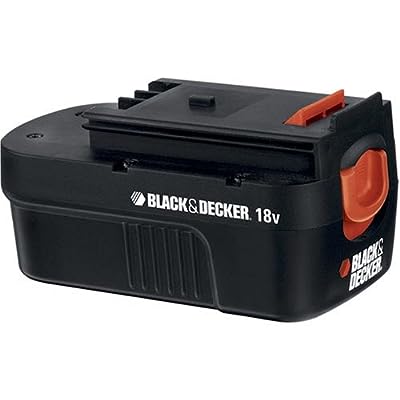 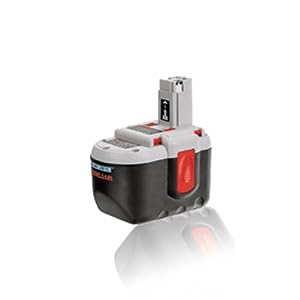 If you use 2 the same type batteries in the bike, or 2 batteries with the same voltage rating, just use one diode (or a few in series to increase the amps) on the positive terminal of the internal battery, just not to lose too much voltage. It's not necessary to use diodes on both positive and negative terminal,as one terminal is enough.

If you are using different technologies, different voltages, eg: 2 rows of 3x18V in series of power-drill batteries, it is wisest to equip only those 18 volters with diodes, both on the positive and negative terminal. It gives greater protection, but also greater voltage drop off. In fact, it is wisest to put a diode between each battery, and finally 2 diodes to top off the complete pack.

This method will give you a bit higher torq, while also giving you longer driving distance per charge.

When charging the batteries, you will need to disconnect the expansion pack from the frame (or at least from the positive terminal),and charge the pack separately.

Having a spare battery in parallel with the standard battery should give you a bit of higher torq because the motor is 500/700W, meaning at 48V they can take in a current of 11/15amps.
The batteries for the XB-502 and XB610 come with 12(XB502/610)/???(700Li) Amps, and though it is true that they perform like they should, as the battery runs empty, so do the voltage and amps drop to a lower rating. Technically you could always get the same torq as when you just charged your batteries, even when they are nearly depleted.

My experience with NiMh batteries from Black and Decker is that they are the cheapest, but they also run empty very fast,even when not in use.

It may be cheaper to buy batteries in packs. DeWalt sells 4 of them for $200,which is not too cheap, but my experience with their products have always been good, and having 4 gives you 1 extra battery for when one breaks down! 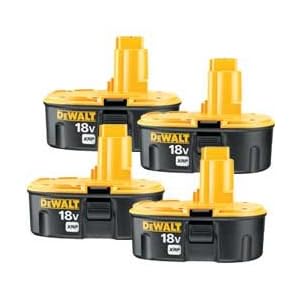 This 3x18V is pretty expensive, but much smaller and lighter than finding a 48V lead acid battery with larger capacity, though if a lead acid battery fits in the storage compartment, it is a better solution for extending range.

What the above guy mentioned some of it is outdated, some of it is not true,
with a brushless design, the controller controls the motor speed, not the torq. Adding batteries in series won't increase speed significantly enough, it'll just allow a greater current to flow through the controller resulting in only marginal gains in speed.
You'll need a better controller to have more speed, or,
Just like I mentioned above, add a second battery pack, to get more torq, and then just use a higher profile tire. Higher profile tires can result in +1 to +4MPH faster depending on the profile of the tire.
The extra torq will help compensate for the extra weight of the extra battery pack, and the larger wheel diameter. Overall your range should increase by 5-15miles, which is a big thing for these bikes.

If you're living in flat area, it's really recommended to equip your motor with a higher profile tire, since you'll have less benefit from torq, than from top speed and mileage!

If you use 2 the same type batteries in the bike, or 2 batteries with the same voltage rating, just use one diode (or a few in series to increase the amps)

I meant to say to connect the diodes in parallel.

If you are using different technologies, different voltages, eg: 2 rows of 3x18V in series of power-drill batteries, it is wisest to equip only those 18 volters with diodes, both on the positive and negative terminal.

On second thought, you still need diodes on the positive terminal of the stock battery, to protect it.

For $250 you can get these batteries:

The box is too big to fit in the luggage compartment, but the good thing is that the box has 4 12V, 12A batteries in them.
You can easily take them out, and stack them inside the helmet compartment.

For about $48 you can install 3 of these home security batteries, 12V,5Ah. 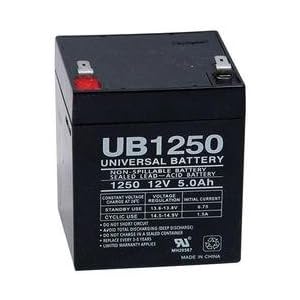 A much better solution than the hand drill batteries. If they only fit the compartment.
The specs are not online on amazon, but I've seen from http://www.wholesalebatteriesdirect.com, that they are 2.76 x 3.54 x4.32.

Now, if you're really short on cash, for about $25 (that's 3 of these) you can install these lead acid batteries:

I don't know how large they are, they seem pretty small to me, and if they fit or not fit in the trunkspace I don't know.
But they should increase your torq a bit, and your range by about 5-10miles!

uh, ignore last picture above,
They charge $6,99 shipping, so turns out the cheapest solution is $47.

Man I hate a forum where I can't correct my posts!

I have to figure out if it's more beneficial to put 3x home security batteries in the trunk, or change them to PSU batteries.
The PSU batteries have 7A instead of 5A, but are a bit larger
5.9 x 2.5 x 3.9 inches ; 5 pounds each 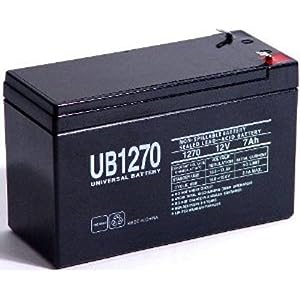 @$17,99 they seem to be a better deal (price/capacity wise), as long as they fit in the trunk space of the bike.
For the same lithium batteries you'll be paying $108.

I think a better way to determine batteries is see how much trunk space each bike has, and buy the batteries depending on the trunk space.

I was wondering if any new progress on Increasing performance...
I have a XB-504.

With only a 500 watt motor you can't expect much, but in general:

To increase top speed, increase voltage. The only way to do this is to add batteries - but only up to the voltage ratings of the controllers components - usually the capacitors or MOSFETS.