I called my local bike shop, "The Bike Shop" in Richardson TX this morning, told my salesman Greg that I needed a wheel for my new fork, Greg used to be not so enthusiastic when I showed up or called, he's coming around now. Greg just called me back, great news, rim, spokes and a 20mm through hub, $100.00 smackeroos. Built! ha, cheaper than the internet.

Spoke to my Dad today, showed him the old jackshaft, He said he had never seen anything like it. Said He would have a shaft hardened for me. He knows these things. Said his only problem with Chinese bearings was the type of grease they pack in them. He said it is common for the grease they use over there to run out and leave the soap inside the bearing, "Did you grease em." Well Dad, I think I did. I know I have regularily greased them, maybe not when I first put them in.

My soldering, It aint pretty, pretty much made my first attempt when I wired up my lighting system.

These are my tools 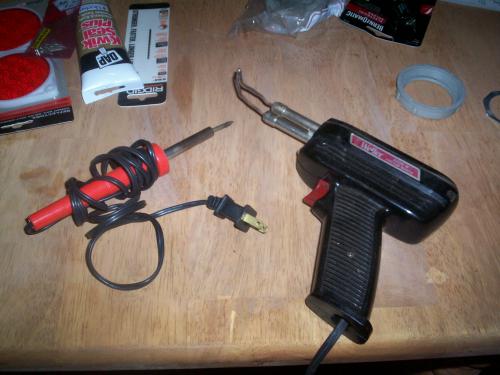 It was hard to hold the iron in my mouth, the wire in my left hand, the wires in my right, I was at Harbour Freight Tools the other day buying my new taillights and such, and found this 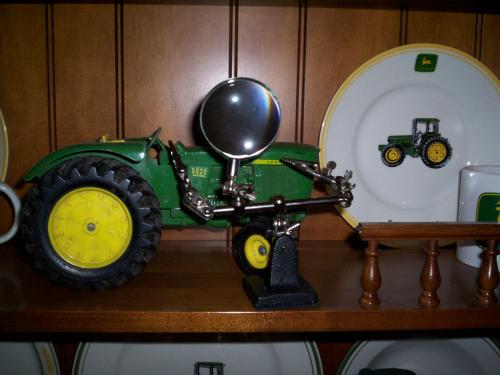 A little third hand,,that can hold my wires while I solder

Topics:
The good the bad and the ugly
‹ The "Cheetah" up simple wiring help ›
before comments