The Rezistor - preparing for road tests

The replacement controller from Team Delta arrived on Wednesday. Fantastic service from Dan, considering I just explained the problem to him on Sunday. I installed it and, at first, got the same "MOSFET short circuit" error message from the controller as before. I wondered if the contactor might be faulty, so I took that out, fiddled with it as much as I could (which wasn't much) then reinstalled it. But then it occured to me that the 12V converter might be faulty, so I left that disconnected. That must have been it, because the scooter worked after that. Changing the controller setup from "speed" control to "torque" control did the trick.

But without the converter, I had no lights or horn. So on Thursday night I pulled out the converter and tested it. It was bad...somehow I had blown it out and it was creating a short-circuit between the negative battery terminal and the B+ connection on the Sevcon controller - hence the MOSFET short error message. So Sevcon has been vindicated; the controller was not bad after all.

Good thing I had the foresight to buy two converters - I installed the second one, this time with a fuse on the + input wire. Lights and horn were restored. 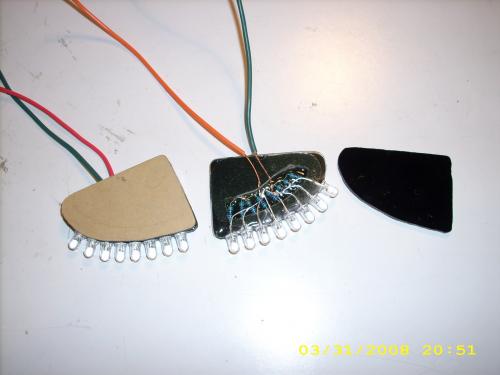 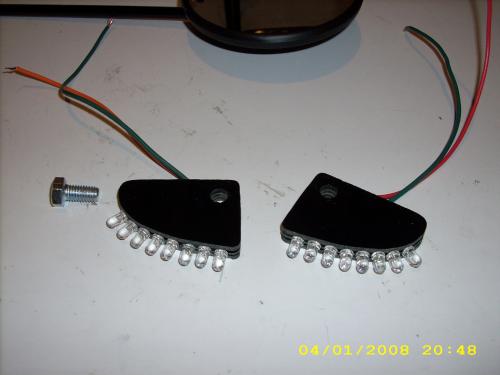 Thursday night I also installed the turn signals I made (LEDs, acrylic, and 5-minute epoxy) and a couple of mirrors. Turn signals aren't working, though...I think the LED's aren't creating enough of a current draw to activate the flasher, or maybe I have something wired wrong. 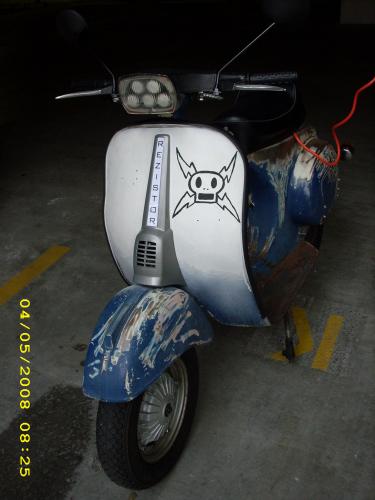 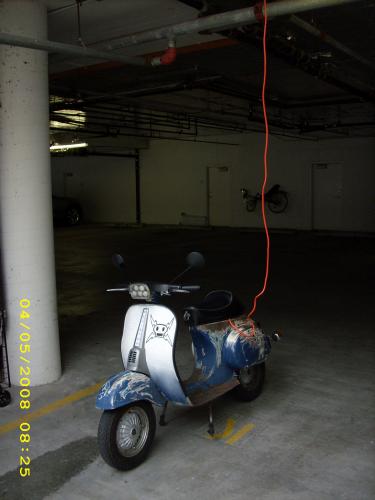 I made a little "REZISTOR" sign to fit in the horncast strip, and got my wife to paint the logo on the legshield. I was hoping to have it ready to ride on Friday night, where I could debut the scooter at the annual Spring Scoot scooter rally in Portland, put on by Twist'n'Play scooter club. The rally would basically serve as the initial road tests.

Re: The Rezistor - preparing for road tests

I just got caught up with your blog - it's looking good! Very close now...