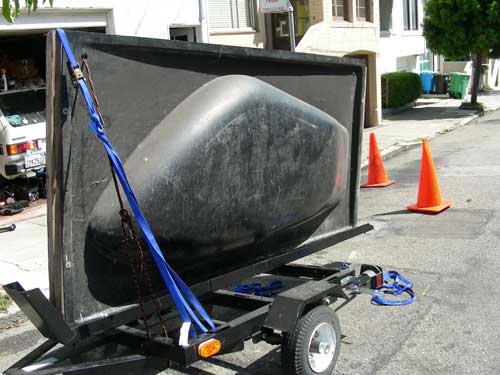 Next.. this is what the Lectra looks like. The batteries are being held in place with nylon straps, they're sold as "battery straps", rated at 400 pounds, the upper batteries have two straps, and the straps are long enough to wrap around twice. It seems to be doing a good job holding the batteries in place. 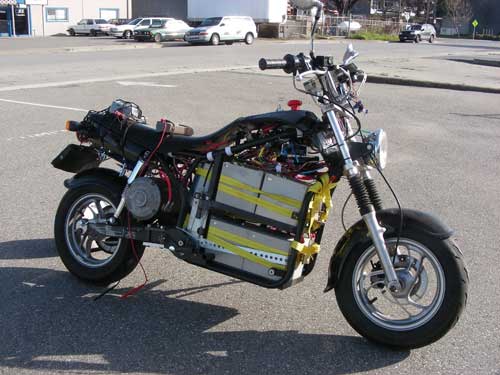 I have been keeping the fairing beside the garage under a blue tarp. First thing I had to do was drag it into the back yard, unscrew it from the wood 2x4's it had been bolted to, then hose it off. 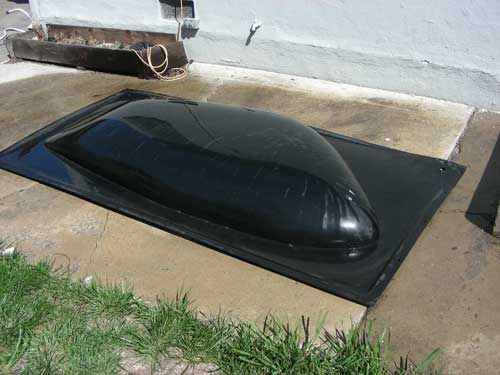 Then I used a jigsaw and cut off the flash from both halves of the fairing. 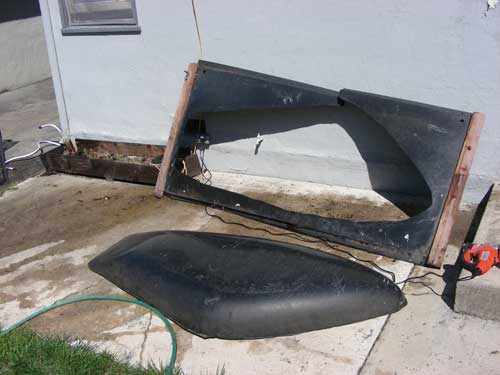 Then finally I brought the bike out front in the driveway and brought both halves of the fairing out and tried fitting it in place. 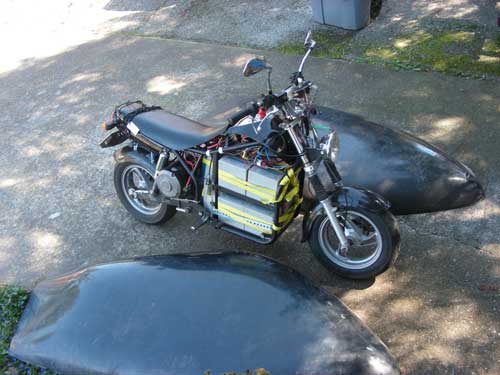 Right now it looks like I should cut the fairing in half, just behind the peak. The front half needs to be located such that the peak is at the same position as the handlebars. However that makes the nose quite a ways out in front. And there's a question how to have the headlight work through the fairing or whether to mount some kind of headlight on the fairing.

But I'm thinking to first do the back half because it looks like it will be easier to do the rear half. There are fewer problems with mounting the rear half of the fairing..

I also bought some PVC tubing for mounting the fairing following the general idea outlined on these pages:

With the rear half of the fairing I'm planning to use two struts on each side, take off the seat and plastic that's there right now. I'll attach the t-joints to the frame using hose clamps but it's not entirely clear how to connect the PVC pipe to the fairing piece. I've also bought a trunk and am planning to mount that to the frame in place of the rear part of the seat area.