My "new" project named "Yahama Re"

So this is my new project

You can see details at http://motoelectrique.unblog.fr

Here, I made two important PCB :

- the main one with two microcontrolers, one for main fucntions (alarm, inputs/outputs controls, OLED datas, aux LED datas), the other control keyboard and speed

- the second PCB replace cycle analyst and CellLog8S*2 so it look at every group of cells so the main PCB can draw curve at discharge or charge, measure current too.

Others PCB:
on display you have also 2 PCBs, one for OLED control (not mine but 4DGL) , one other for audio preamplifier (OLED) and slave controler who , for example, control high power LED highligts 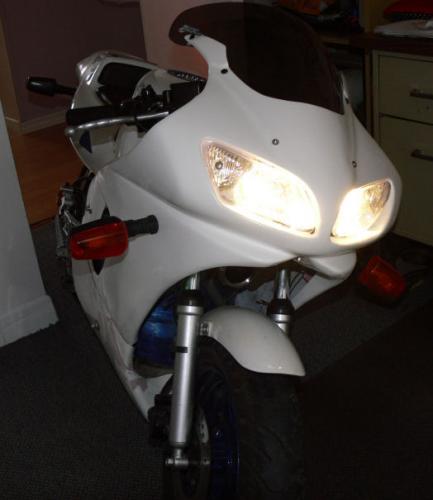