A couple months ago I saw these gizmos at an event I attended. A bunch of electric car owners came to a public hearing on electric car infrastructure that was organized by a California State Senator.

FWIW I wrote this article from the meeting:- http://www.torquenews.com/1075/gm-and-nissan-trade-punches-over-electric-car-fast-charging

In any case out in the parking lot one of the guys had a few useful gizmos he was showing to help with charging Leaf's at public charging stations. 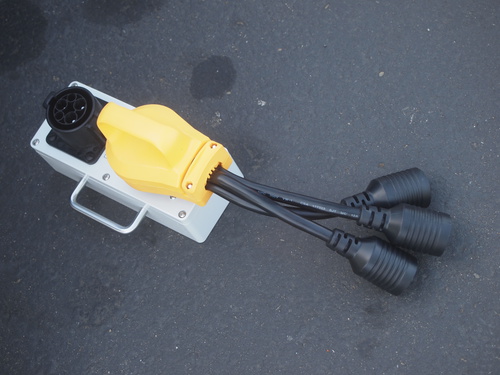 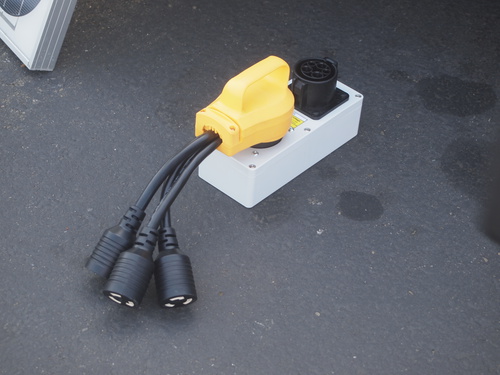 This is the basic idea. The white box is a J1772-to-NEMA-14-50 adapter box. It inputs J1772, outputs NEMA 14-50. These are normally sold for DIY electric car conversions, but it will play a role here with a Nissan Leaf.

The thingy plugged into the 14-50 socket splits it out to three 240 volt L-6-20 sockets. Very straightforward. 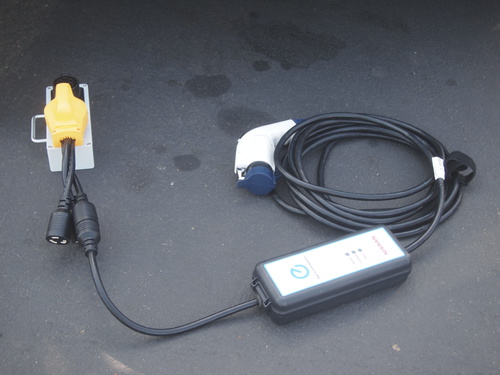 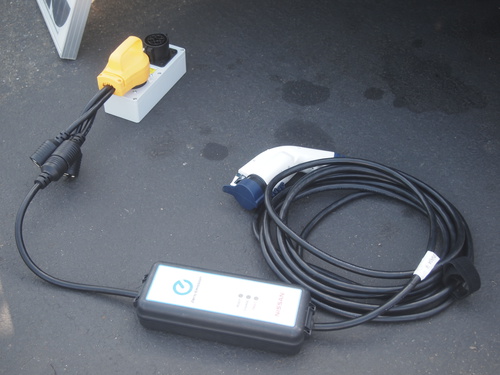 This shows it with a Leaf 120v charger plugged in. Many Leaf owners are getting their portable chargers modified for 240 volt operation at http://evseupgrade.com .. 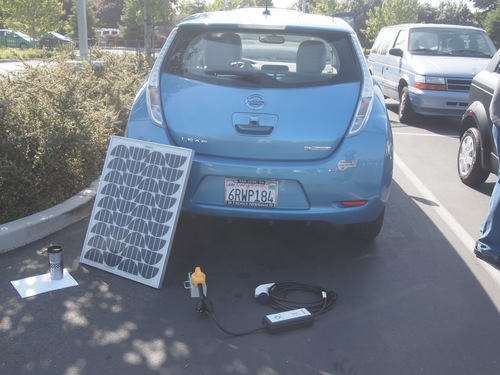