On Monday night Tesla finally announced the SuperCharger for the Tesla Model S/X/etc.

A couple months ago I wrote up a detailed summary of the Model S charging options including the SuperCharger: http://www.torquenews.com/1075/tesla-unveils-details-model-s-high-power-and-flexible-charging-system

What does the Supercharger mean? It's a high end charging system for the Model S/etc. It runs at a 90 kilowatt charging rate and Tesla says it will do a complete recharge in about an hour. With the top end 85 kilowatt-hour Model S, that means 250-300 miles of electric driving (!!) pop into a Supercharger station for an hour, grab a bite to eat etc, then get back on the road. ROAD TRIP

It is integrated with a solar carport and whatnot .. presumably to mitigate demand charges and drive Tesla's costs through the roof. Demand charges are imposed by most utility companies for electricity uses that demand huge electricity spikes, such as a 90 kilowatt load that suddenly pops up because an electric car plugs in.

The supercharger is proprietary to Tesla meaning it won't be available to other electric car owners at all.

The supercharger is free to use for Tesla owners. Meaning that not only can you take a road trip with an electric car, your fuel is free. 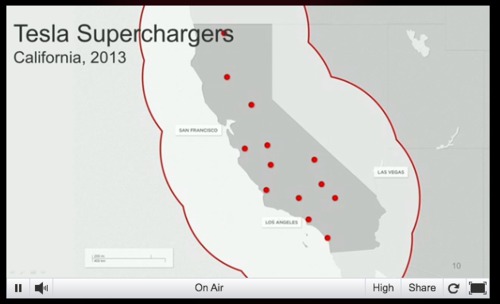 The planned network for California by next year. Note that some of the network is ALREADY INSTALLED 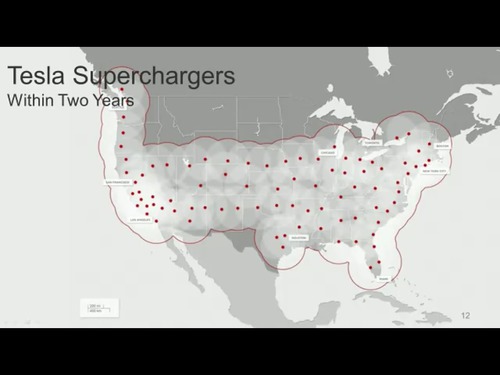 This is their plans for two years from now 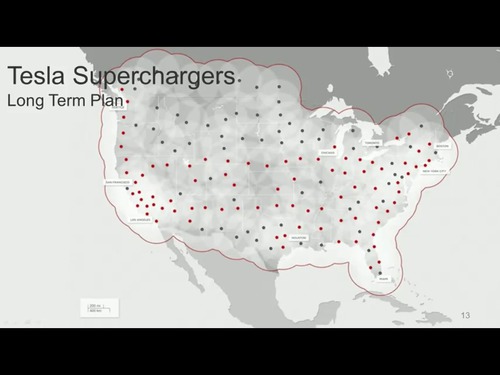 And five years out

Super,we are trying to be 2 wheel Tesla,available on 30 minutes Rapid charging and 100km range each charge ! 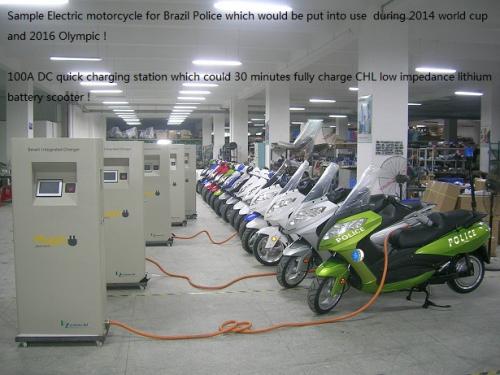 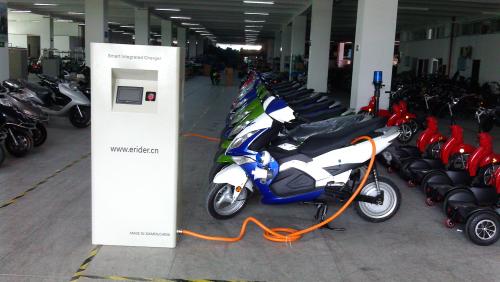 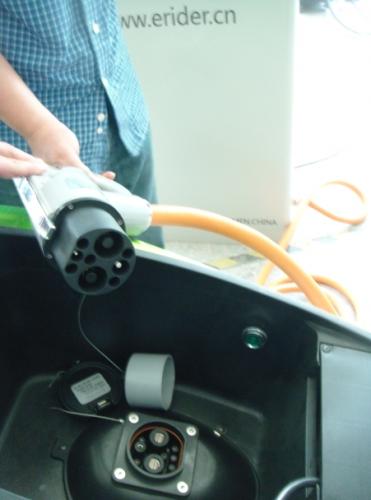 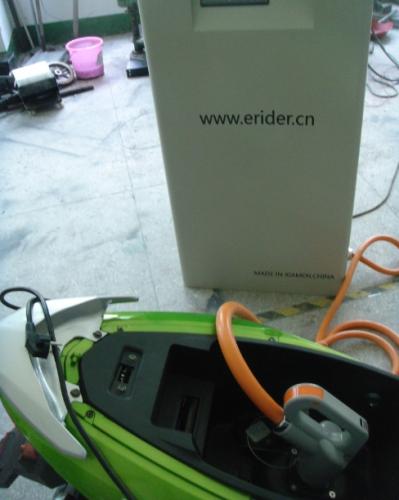 May I make a suggestion? Even though the idea to utilize the otherwise completely sensless elevated lid in Thunder's underseat compartment floor to house the big DC-charging receptacle does make a little sense, it does not seem advisable to have to keep the seat open for quick charging. For fleet operators which have such quick-charging stations on their own premises and under a roof this should not be a problem, but for public charging out in the open this is certainly not acceptable.
I am pretty certain that a better spot to mount this receptacle, on Thunder alt least, is in the inner leg shield, maybe like in this pic of a German Thunder rider (taken from http://kiwidee.com/):

Or even better, on the the more slanted surface just above the open lid. But the receptacle would need an at least IP44 conforming cover to it to ensure that rain and water spray cannot enter.