I was able to attend the landing of the Solar Impulse airplane at Moffett Field, in Silicon Valley, Mountain View, California, last night.

This is a pure electric airplane with sufficient solar panels and energy storage to let it fly for several days at a time. The only limit is the pilot. It's an amazing aircraft, and the team is focused on making it around the world with zero fuel consumption.

I've made a writeup at: http://longtailpipe.com/2016/04/24/solar-impulse-2-flies-resumes-around-the-world-solar-powered-fuel-less-flight-showing-us-the-... 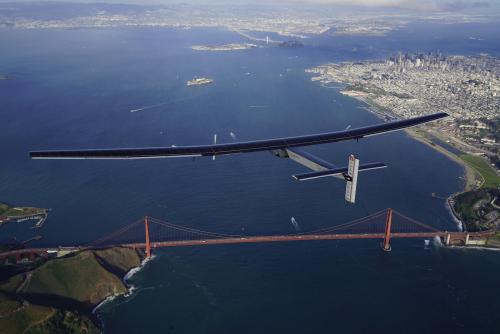 BTW - the team brings along several Stormer electric bicycles to use to rapidly travel around whatever site they go to. 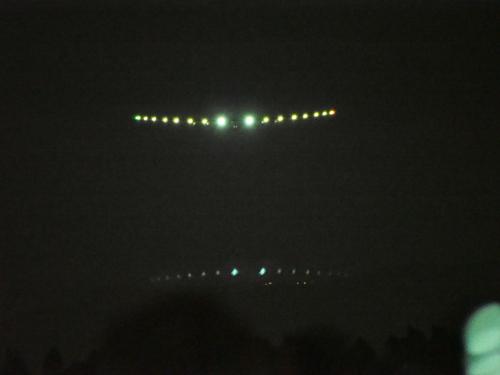 This is what it looked like landing at nearly Midnight local time. This airplane has the wingspan of a Boeing 747, and the wings looked impossibly wide while landing. 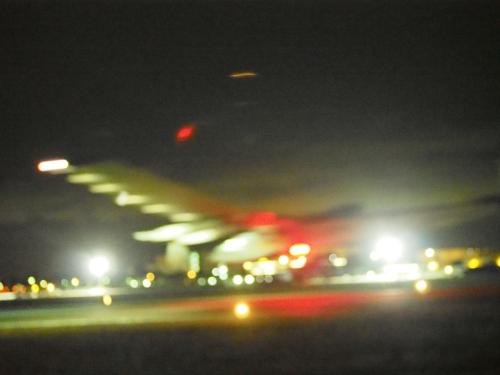 This is the best I could do while it was touching down. 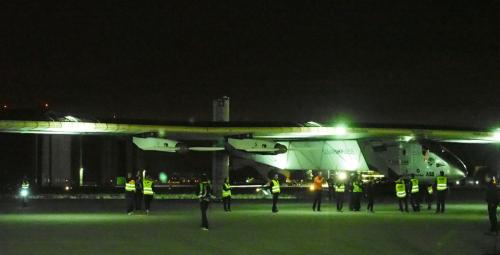 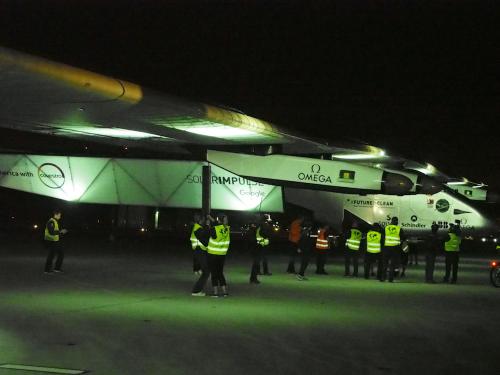 Being wheeled into place in front of the guests & press 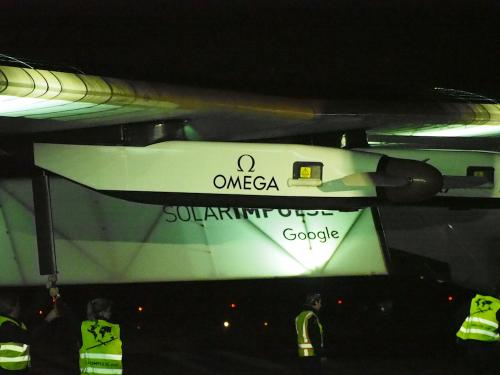 There are four motor units, and a total energy capacity around 100 kiloWatt-hours (guessing) 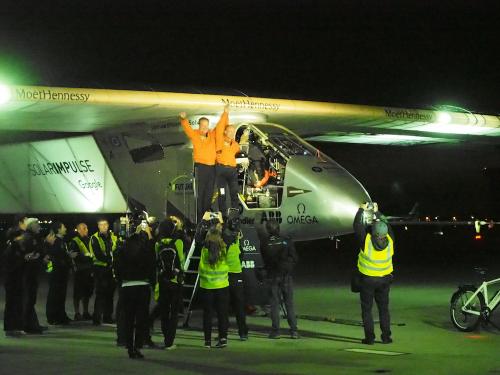 Hi, I am new in the community and want to open with all. Thanks for sharing your journey with this.
But do not know where to start?
I am Matthew and like to do many things.

Wow, I have never heard of a solar-powered plane. Thanks for your info.

Quite a few manned and unmanned solar powered aircraft have been developed and flown in the last 30
years. Objectives and missions cover a wide spectrum ranging from a pure technological goal to “Fly with
Solar Energy” to civil or military surveillance and reconnaissance missions. However, none of those aircraft
was able to demonstrate a continuous day and night operation until 2005. An overview of the historic solar
powered aircraft is provided and the basic challenges which have to be solved for a solar powered aircraft are
discussed: 1) geographical area of operation, time windows during the year, mission profiles, payload, 2)
energy collection and utilization, 3) typical design parameter for different missions. Today’s technological
status in the critical areas (solar cells, batteries, structure/materials) is discussed. It allows developing a solar
powered aircraft with the capability not only to fly during the sunshine hours, but to save enough energy
during the day to fly throughout the night and recollect energy after sunrise the next day for a perpetual
continuation of flight. In 2001 the Swiss Bertrand Piccard, who together with Brian Jones (UK) circled the
Earth in a balloon in 1999, proposed to design a manned solar powered aircraft and to fly it around the world.
Such an aircraft is now being developed by the Solar Impulse organization in Switzerland. The primary
objective of this endeavor is to make people aware of the fact that the conventional energy sources are limited
and that renewable energy must and can be used to solve future demands. Development aspects of the Solar
Impulse Program are described and a program status is provided.

and nice would be to invent space craft powered by sun energy.