I just bought a 2007 Vectrix VX1 from an owner about a week ago who claimed it had Nissan Leaf battery cells.

The performance seems to say I really am running Leaf cells, today I did 30 miles at 60 mph losing some 6 of the 10 bars available before the ride.

Problem is, when I charged the bike after that, it would only hit 9 bars of charge.
The voltage after the charge was 146.4 volts...is that normal/good for charging Leaf batteries in a Vectrix or enough to say something is likely wrong?

I'm wondering about things like meter voltage, charger firmware programming, and, dare I say it, if the batteries may be going dead or I may even be killing them because of the standard set-for-NIMH charger. I see a lot of charger fix threads, but most seem to be for NIMH packs or the later Vectrix lithium packs (and, I'm guessing, chargers that only came with much later year model bikes).

The owner said something about almost completely discharging the bike to reset/recalibrate the instrumentation, but, at least on the surface, that just sounds dangerous for battery health to me. I'm curious why it would be a good idea, if it is?

I'm just wondering...what can I do to fix this, or am I just over-analyzing normal fluctuations?

Maybe you better start to look in the batterie compartment to check if there are really LEAF cell's in there and with or without BMS. Then measure the voltage of each cell after a full charge. Voltages must be as good as equal. Count the number of cell's.

I have a 2009 VX-1 with 18 Leaf cells. The 146 volts is about right for 18 cells, or maybe for 19 cells that aren't being fully charged. I suspect that the firmware "thinks" that you have a different Amp Hour pack than you actually have. You should have roughly a 60 mile range in gentle mixed-speed riding. I didn't do the conversion on my bike, and I'm hardly an expert on this stuff, but you need to find out what firmware the bike has, and whether you are running 18, 19, or some other, non-standard number of Leaf cells. Someone should be able to tell you shortly how to determine what version firmware you have. For reference, my bike "thinks" it has a 40AH pack - it is actually about 60 - and it charges to a full 17 bars, and then some above that if needed.

I just bought a 2007 Vectrix VX1 from an owner about a week ago who claimed it had Nissan Leaf battery cells.

It is imperative you check:

1- What cells do you have inside
2- What BMS/protection system are you using.
3- What Charger/firmwares are you using

Tell us what you find. If you don't find any protection /BMS system, keep in mind sooner or later your battery will get damage and your vectrix can burst into flames due to cell over/under voltage

Problem is, when I charged the bike after that, it would only hit 9 bars of charge.

Seems normal The laird firmware behaviour. It only displays the amount of energy you use, and it tends to vanish the bars. The displayed bars are real, when you reach 0, you still have some amount of energy remaining. You may try Framuga Ah counter firmware for the ICm, very useful.

Remember, you are running a prototype. If you want a final costumer solution, Install 2nd generation vectrix BMS and the oficial Vectrix firmwares for leaf. This way everything will work as expected.

If you don't find any protection /BMS system, keep in mind sooner or later your battery will get damage and your vectrix can burst into flames due to cell over/under voltage

Mine doesn't have a BMS, but it does have leads for each cell pair, which can be used to check the voltage of each cell (or pair, I forget which) and to balance them with a little R/C type charger. I plan to check mine this Fall. Cells that are well matched to start tend to stay pretty balanced for quite a long time - there are lots of bicycle lithium packs with no BMS.

Never done any sort of mechanical work on cars or motorcycles, but put myself up to getting the battery cover off.

They seem to be Leaf batteries.

*) How do I check if the pack has a BMS?
*) How do I disconnect them in such a way I can test and balance them? (without damaging myself or the controller?)
- Where can I buy individual cells chargers (to top balance) and how can I hook them up?
- Is there anyone in the Houston, Texas area who can do me a huge favor and come by to help out with the by-hand top balancing? #fearofshock

I'm getting a cam -> usb converter to check the firmware and upload Vetrix Lithium firmware, but it's going to take a while to ship, unless someone from Houston, Texas can do me a huge favor and let me borrow theirs for a quick check/test.

Got a hold of the owner and he said Laird firmware and (the famed?) David Dugas had sold him the bike but not upgraded lithium specific firmware.

HI MIKE. we need more photos looking straight down from the top.please take 3 or 4 more photos.

HI MIKE. we need more photos looking straight down from the top.please take 3 or 4 more photos.

Shoot, I have already reassembled the bike fairings. What exactly are you looking for? I will make a point of taking more photos next time I take the thing apart again (soon, probably right after I can the firmware issue fixed and my USB CAN adapter arrives).

How do I check if the pack has a BMS?

I can see some small wires running out from the main battery screws. Maybe they previous owner did a pre-installation of BMS, or maybe you already have one: Where do these small wires go to?

How do I disconnect them in such a way I can test and balance them? (without damaging myself or the controller?)

If you are not skilled at electronics and you don't have rc chargers, you may balance the cells by joinig them in paralel:
- Disconnect the battery from the motor-controller.
- Take out all wires and copper connectors from the battery.
- Put these copper connectors straight to join all middle terminals.
- Then Build a wire system to join all positive terminals (red) together. The wires must be thin: if you do a mistake, they will act as a fuse and they will melt.
- Build another wire system to join all negative together.
- Leave the cells joined for 2 days. Then the battery will be perfectly balanced.
- Put again all connectors and wires. Remember to use an inrush current limiter before connecting the battery to the motor-controller.

Where can I buy individual cells chargers (to top balance) and how can I hook them up?

Many places, for instance, hobbyking. They sell RC chargers that can charge up to 10S cells in series. You'd only need to wire the individual cells to the charger.

Got a hold of the owner and he said Laird firmware

Then top missing bars in the odometer is normal. I suggest you install Framuga ah counter, you can find it in the Laird box, ICM firmware.

If you don't want a prototype, you can buy a 2nd generation vectrix BMS, and the boxes with pcbs to wire the BMS and protect the modules. Installation of components is quite straight. Then Upload latest OEM vectrix firmwares on your vx1, and you'll have a fully functional vectrix.

The box with pcb adapters: 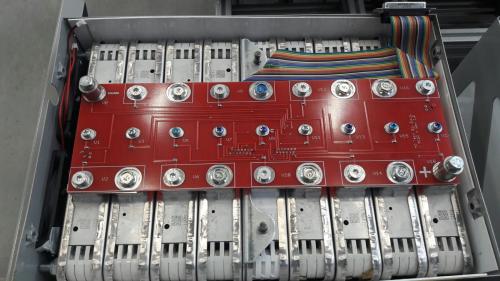 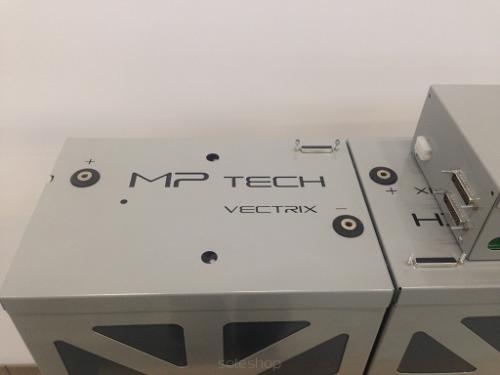 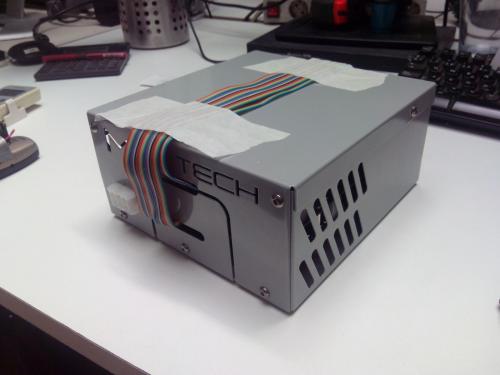 Inside the new BMS box: 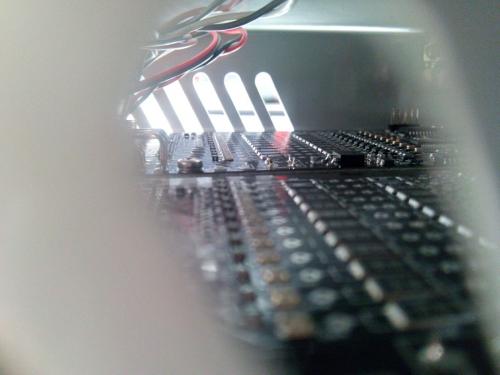 MIKE when you handle any of these wire USE good rubber gloves, this voltage can kill you.