On YouTube, I found this video from Jehu Garcia talking about scooter batteries. The Bird Scooter rental agency had changed hands, and decided to change their scooter platform, meaning they dumped the old Bird Scooters. Jehu got ahold of the battery packs from the dumped scooters, and has a zillion of these packs. He explained they're untested, and he's selling them for cheap, with a generous return policy. For more details, see: https://www.youtube.com/watch?v=bp1KjvT4nmQ

Bottom line is - these are 36 volt 10 amp-hour packs made from 18650 cells. There is a bundled BMS. The cost is $35 per pack. I thought, that's worth an experiment. It does not include a charger, and they sell chargers for another amount, but I have a charger that's lying around that could be used.

I'll show pictures of everything first -- then later go over what was required to get it going.

This is the overall battery 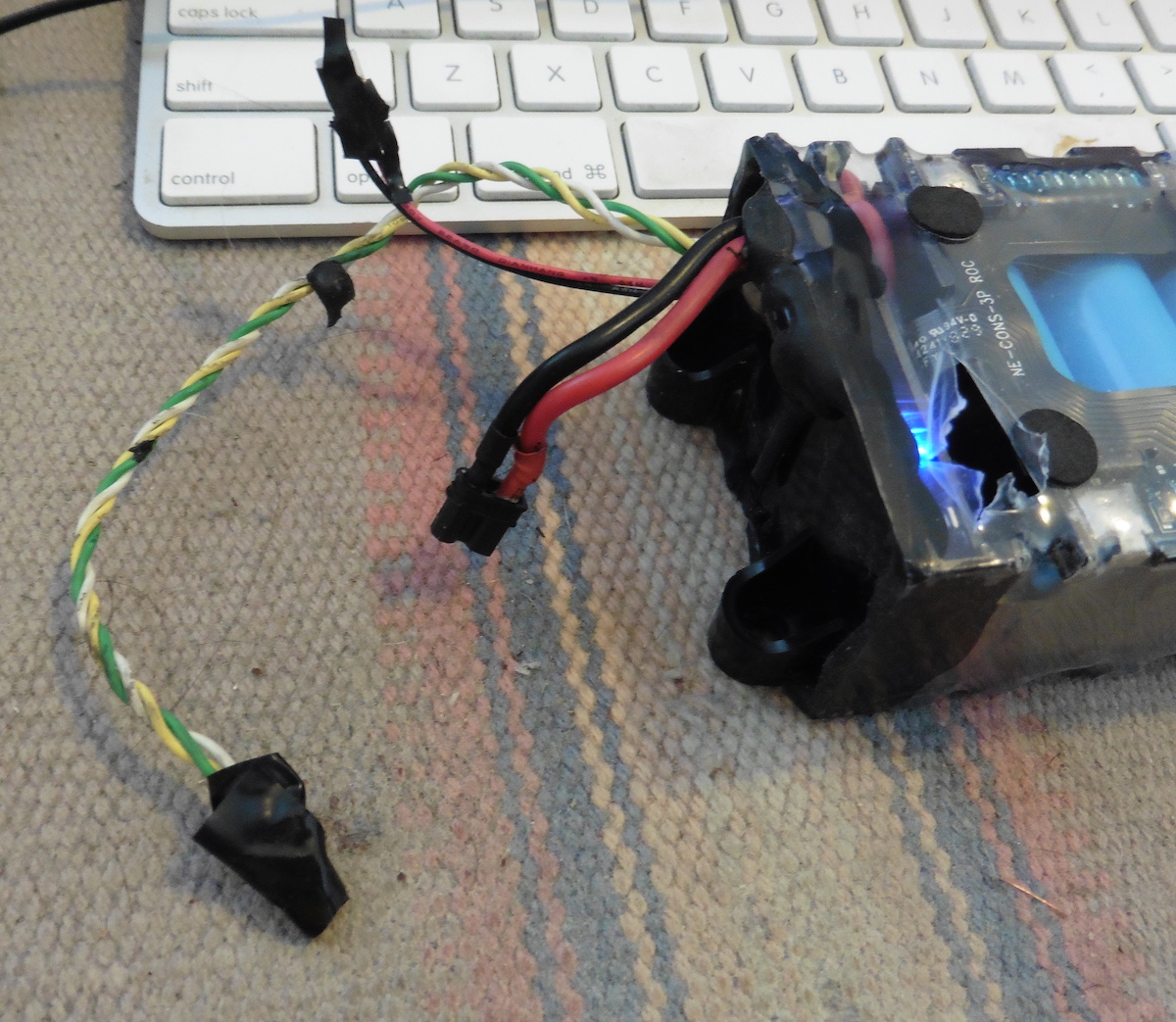 At the other end there's another connector - which I don't know what it does.

The battery itself is a plastic case, and at each corner there is a thingy where you can obviously use screws to mount it to the body of something like a scooter. 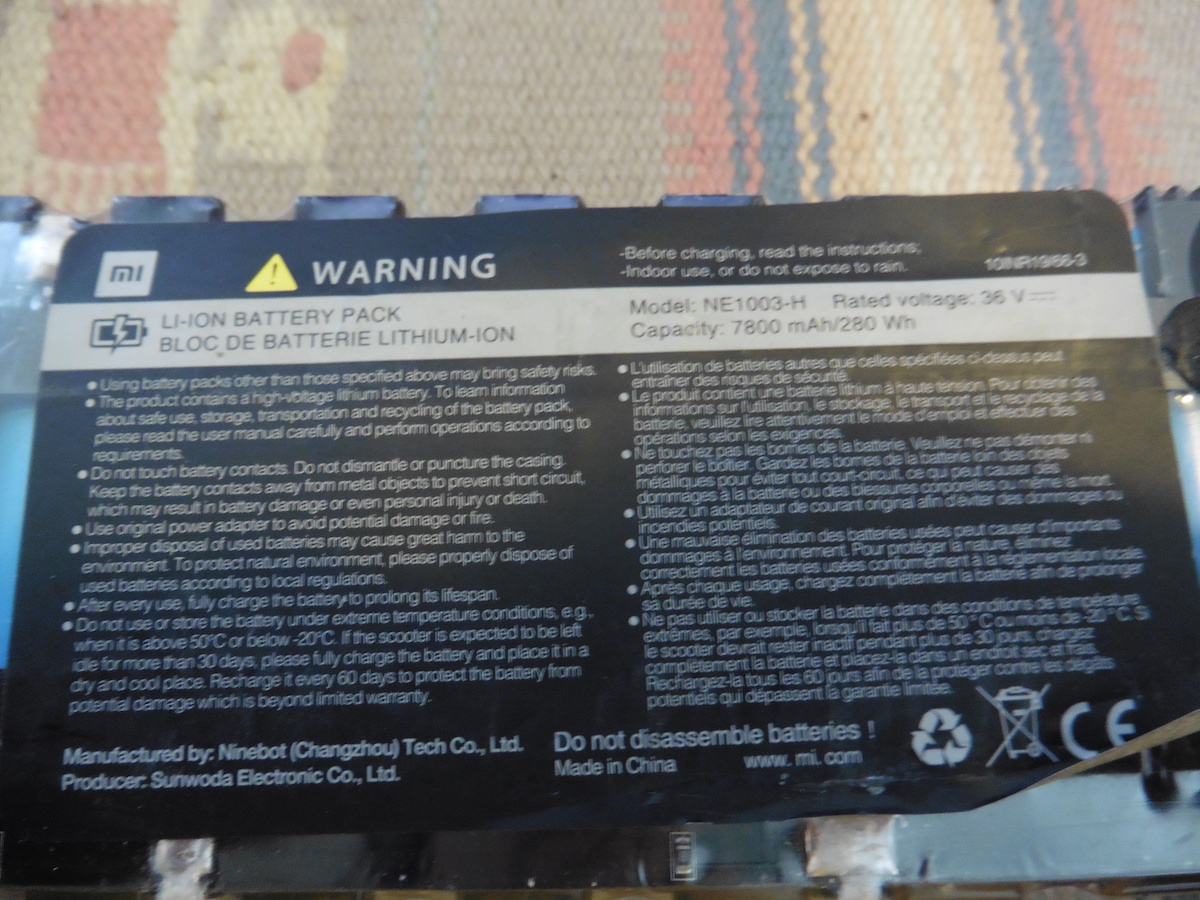 This is the information label. You see it's built by Ninebot, rated for 36 volts 280 Watt hour

Yeah, it's a small pack, not much capacity, but it'll get my bicycle on the road again. 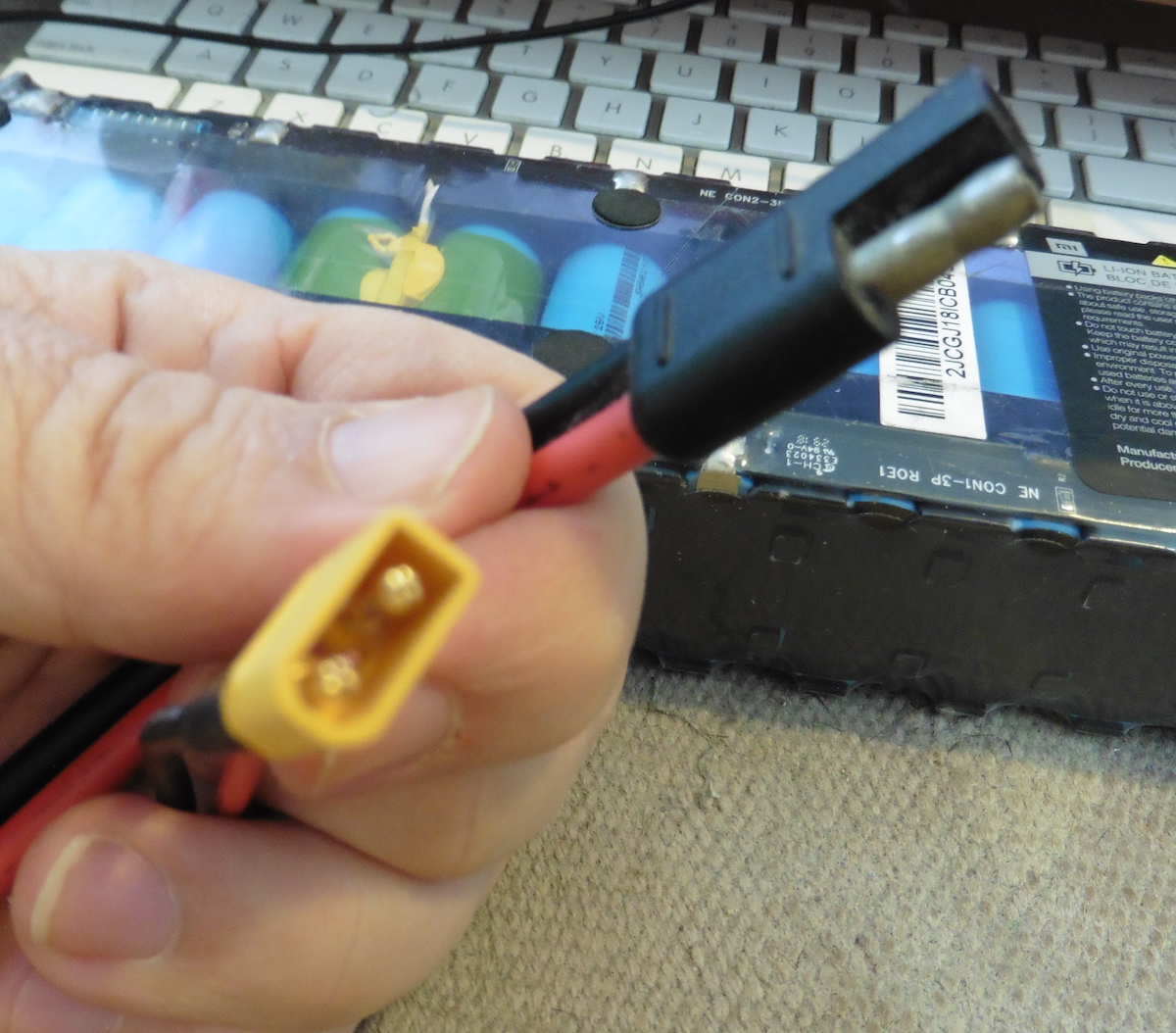 This is the adapter I built to go from the battery to the wiring harness on my bicycle. The out of focus orange blob at the front is the CT30 connector.

Getting the battery running

First thing I did was check the voltage at the main connector. That was 2-3 volts - which made me worry that I'd need to test Jehu's generous return policy. But, his video went over a couple things to do to wake up the battery.

I rigged up a connector from the charger I have to connect with the battery. By the time I got to this, the CT30 connectors had arrived, and one of them was part of the adapter.

I connected the charger and at first it didn't seem to do anything. Jehu's video shows something on the BMS board that he claims is a reset switch. I poked a hole in the plastic and tried to press whatever was there, but it didn't seem to be any kind of switch. However, fairly quickly after poking around, the charging seemed to start going, with a red light blinking on and off. After a while of that, I checked the voltage and it had increased to the 35 volt range. And, after awhile longer, the light on my charger turned to green, other lights on the battery seemed okay, and the voltage read 43.7 volts. That's a full charge for a 36 volt Li-ION pack.

After that, I built a rough adapter to go to my bicycle, took it out, and the bicycle woke up perfectly. There's a number of things to do on the bike to make it road worthy, so all I did was make sure the dashboard worked, and the motor spins. All that was fine, which was a relief after not using this bicycle for several years.

The blue light you see in the pictures indicate the pack is in good condition.