The 100-Year-Old Electric Car
Alternative fuel cars are yesterday’s news to Jay Leno. He owns several that date back to nearly the dawn of the automobile era.(Click here for PM's special report on the real future of electric cars.) 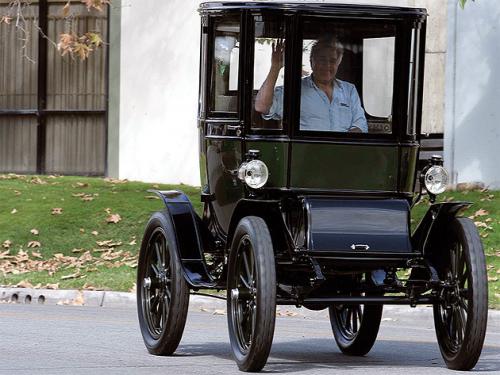 It may not be aerodynamic, but the Baker Electric is a perfectly viable zero-emissions car.

By Jay Leno
Photographs by John Lamm
Published in the May 2007 issue.

All the current interest in hybrids and other vehicles with some sort of alternative powertrain is kind of amusing to me. Oh, don't get me wrong. I'm all for pursuing other ways to power cars. But I smile because I've owned three alternative energy cars for years. The newest was built in 1925; the oldest, 1909. Each one is a rolling manifestation of a brilliant idea. Sadly, they were all way ahead of their time and all three makes failed. (Click here to visit Jay's Green Garage!)

My Baker Electric dates back nearly 100 years — and it's a late model. By then, the company had been selling electrics for more than a decade. Unlike other early cars, the Baker Electric needed no cranking, had no gasoline smell and was essentially maintenance-free. Not surprisingly, it was marketed to women. The interior of my Baker is rather froufrou, complete with a little makeup kit. Even though it's almost a century old, the car drives totally silently — like any modern electric vehicle. In fact, when I take it up into the hills, I have to be extra careful of deer. They usually just stand there and look in the windows, which makes the Baker my wife Mavis's favorite car.

I also own what can be con­sidered an ancestor of today's hybrids, an Owen Magnetic. First seen at the auto show in New York City in 1915 — just about the time that Baker Electric gave it up — the Owen Magnetic has a gas engine and an electric generator.

This drivetrain was the brainchild of George Westinghouse. The engine powers the generator, which creates a large magnetic force field be-tween the engine and drivewheels. There's no mechanical transmission. The driver moves a rheostat through four quadrants — a lot easier than shifting, and grinding, the straight-cut gears of the day — and the car moves ahead progressively, giving occupants that odd feeling you get when you try to push similar-pole magnets against each other. Both Enrico Caruso and John McCormack drove Owen Magnetics.

Owens were expensive and really sophisticated. They had an advanced, 24-volt electrical system when most cars had only 6 volts. And Owen Magnetics had a black box called "the brain." There's a big warning label right on it that reads, "Do not attempt to fix this or alter it. Only the factory can do this." Of course, the factories were located in Cleveland and Wilkes-Barre, Pa. That was a big help. And so the Owen Magnetic failed in 1921.

Dealing with the original alkaline batteries in the Baker Electric — as invented by Edison — doesn't require an engineering degree. But then again, replacements aren't readily available. 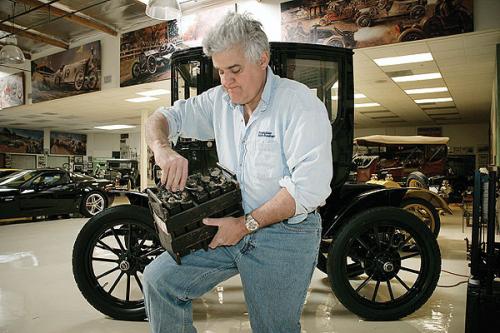 And his Baker still has the the original Edison nickel-iron cells batteries, which Jay calls "alkaline" batteries because they use a lye solution for the electrolyte. These batteries had low energy density (heavy and only 1.2v per cell) but they have practically infinite cycle and float life - even when deep-discharged - as long as the electrolyte is changed occasionally.