back in november i bought a 78suzuki rolling chassis and converted into electric... it was an easy project because the motor was already gone, which saved me the headache in having to pull and trash it... it end up sitting for a couple of weeks with me sitting in my garage thinking my game plan to the point i decided enough thinking about it and just start the darn thing.... on a saturday i spend some time pressure washing all the grease and grime off the frame and wheels.. the next day i woke up early and began setting up my drive system for the dirt... thinking i'll take about a month doing this project... well i welded the motor mount and battery tray... anyway 3 hours later the bike was up and running... kind of pissed me off because i was trying to keep from looking for another project to do for a while, but glad i get it all together because this is a fun dirt bike and now i ride it just about everyday even late at night since you can't hear it going down the road or in the grass/dirt... here are some pics 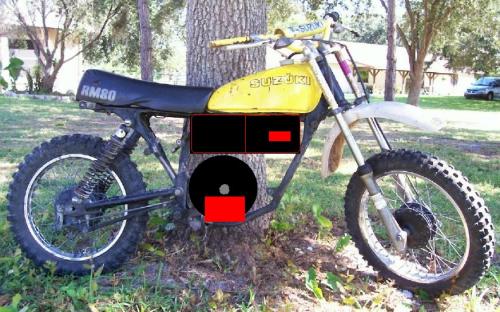 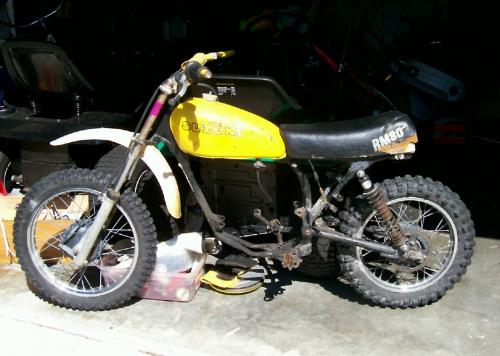 i have some recent pics on this computer just need to find them.. bike looks better then these pic.. will post when i locate them.....
here is a vid of my bike AKA buzz