XM-3000 does NOT have regen; odo is in KM not miles; tires are better

A lurker who shall remain nameless sent me this:

Well, that's a bummer with the regenerative braking not being activated on these scooters. I agree, the amount of recovered energy probably would not be THAT much, but I'm curious if the controller that we have on these machines is still capable of performing regenerative braking? I could appreciate a regen braking system that would activate when it sees that the throttle is at the full off position. Do you have any specs on this particular controller and is this something that we can experiment with on our own should we decide to try?

You mentioned in our last correspondence that you are going to try using a BattEq system on your new bike - is there plans on releasing a 5-battery BattEq soon? I have already ordered by Vector 2-4-6 chargers for setting up bank charging, but I would also consider installing the BattEq system such that I can still use the string charger when we're out camping, etc. instead of dragging along all of the chargers. Have you heard of any problems having the BattEq installed and using bank charging at the same time? Will the BattEq cause any issues when using bank charging? (I would think not, since it won't have any ability to over-ride the output of the individual chargers when connected for bank charging).

I have also ordered the Stand-alone version of the Cycle Analyst - should be a cool addition to this bike.

Do you by chance know what the units of measure are for the built-in odometer on the XM3K? I'm guessing kilometers - I can't believe that I've racked up so many miles just playing with it for one week!

Perhaps these topics would be of interest to others. I am a "lurker" over at visforvoltage.org, but I see that you're a regular there. Care to cut-n-paste this conversation to that forum and reply from there? I promise I'll sign up as an active member!! :)

To answer his questions (and encourage him to come out of the shadows :) )

a) I suspect that the controller does support re-gen and that it is just not activated. If you were to activate it you would void your warranty (sorry I need to point that out!). If you want to do it anyway then Mountain Chen would likely be the best source of info - I can also try and find out details of what to do. You can also try Tracy Ingram's forum - he won't talk to me but he might be willing to give advice like this. However, if you do go there don't believe everything you read there - he's a bright guy but so is Rush Limbaugh...

b) BTW, the most interesting theory on the usefulness of re-gen on a bike this size came from another of my customers. He speculated that re-gen might help with battery maintenance - those brief "shots" of current keeping the plates clean. Any one have any thoughts on this?

c) Regarding the BattEQ - I'm working with another vendor to put together a bulk order for the BEQ-LA-5-50 - Tracy stated that he is ordering the next size up (the 5-100). However, contrary to what I and Tracy believed there are still some 5-50's to be had - yet a different customer says he just received his from Staab Battery - it's on my to do list to call them and find out if they have any more and how many (and get one for myself and my customers). I don't really want to get into the "accessory" business - but I feel like I must so that I can support my customers (I simply can't rely on Tracy because he won't communicate with me). It's likely to take a good while before we get these parts - likely September some time.

d) AFAIK, there is no adverse affect to having both a battery balancer and a bank charger.

e) The outer ring of the speedo is Kilometers Per Hour - and so the odometer is also in kilometers as this represents the main scale of the gauge. The inner ring (with small yellow letters) is MPH. Just like the XM-2000 the XM-3000 speedo reads over by 10% - the fix is thus exactly the same - fit a larger front tire. Personally the overstatement doesn't bother me.

f) The tires on the XM-3000 are branded "Cheng Shin Tire" - according to a friend in the gas motor scooter business these are considered one of the better brands of Chinese tires. Still not as good as a Michelin or similar but better than the unbranded rubber on the XM-2000. This is another example of the small improvements made between the XM-2000 and XM-3000. So things are looking up, even if it doesn't have regen...

Thanks for the info, John. You're a very supportive dealer.

I wondered what happened to Tracy.. He is very smart, but i can see some ego issues with all the regulars.. :/ ..very tenacious with his opinions, too.. no room for alternate views? ..ah well.. too bad. He contributed a lot.

I also don't see regen as that important on a bike this size, though if it could be engaged only after tapping the brake, that might be a nice feature, but the power savings would be negligible. It might save some brake pads on long down hill runs.

If bank charging, i'm not sure of the benefit of a batt eq type of accessory. The monitoring feature would be nice, but instant feedback isn't that critical for the batteries. I think if a person checks the voltages semi-regularly, both in charged & discharged states, they can keep up on any battery (or charger) issues that might arise. I'm going to keep a 'battery log' on mine.. not every day, but every so often i'll measure them & log it. I was going to get a paktrakr for battery monitoring, but i think i'll wait a bit. If i suspect something fishy, i can easily hook up a voltmeter to a single battery through my bank charging plug & check it under load.

Hopefully, the batteries will all work fine for years, but a single bad one can spoil the bunch. I am also assuming that it is not a good practice to replace a single battery.. but the whole pack should be replaced if one goes bad. This is how it's done with golf carts... but maybe that's mostly an issue with string charging.

+1 on the cheng shin tires. I had one of those on a dual sport motorcycle.. it was a decent tire. It is a main line brand.

Thanks again for all the good info, tips & tricks with these scooters. You're a pioneer!

I don't have a BattEQ, and data about greensavers is nearly impossible to come by, so take this all with a grain of salt:

1) A BattEQ while bank charging would work well. If all the batteries in the string have similar charging profiles very little work will be done by the BattEQ. I monitored my batteries as I used the stock charger and they didn't charge evenly enough for my taste. They were a max of 500mv apart. The BattEQ model that is designed for 175-225 AHr batteries has an effective resistance of about 75 mOhms. So that model will be moving 6.7 A between adjacent batteries should they get to be 500 mV apart. Since the charger charges at 5A you don't have to worry about the BattEQ not keeping up. Note: If the disparity is less, say 20mv it would take a couple hours to equalize the batteries fully but I doubt that little of a voltage difference will make any noticeable difference in the life of the battery.

2) Using the batteq while bank charging sounds like it can't hurt maybe be slightly beneficial because I've read on this forum the output of those identical vector chargers can be off according to USATracy 14.84 to 15.05) http://visforvoltage.org/forum/2969-simplified-bank-charger-wiring Anecdotal evidence suggests the batteries won't need an EQ to prevent overcharging if they are charged with those vector chargers.

3) Has anyone tried to make a new dashboard cut out. I'd love to give it a new "skin" with an accurate speedo and miles on the outside.

From reading the posts, it looks like USATracy got fed up when people called him out on his test results in the simplified bank charging thread.

With my warped disk break it would be nice if he were here to explain how he got the regen working on the prototype controller. I think the rotor is undersized, if worry that I could smoke the break again. If we had regen, it could ease the load on the breaks. Who's gonna be the first to experiment, that's the question. :)

BREAKING NEWS: A primary source tells me the XM-3000 DOES have regen, it just needs to be activated. It was not activated only to keep simplicity thus dependability at a maximum.

Warning: Doing so may void your warranty. Check your bank account before proceeding.

When stories break, you hear it on this forum first. This is sparc5 still in his bed reporting for V is for Voltage news.

This is sparc5, back again with another news update. The regen controls are not attached to that two prong connector that has no mate. It has yet to be determined what that connector does. It shows no voltage, and no resistance.

As for putting in locking bolts to secure the motor controller, it's not needed. They are just about impossible to get out just as they are.

For V is for Voltage news, this is sparc5 saying good bye and good luck (finding your regen wires).

Good evening gentleman and on odd occasion a lady or two. We interrupt your usual stream of information about hydroxy gas in perfect stoichiometric form and on the latest dodgy eBay battery vendors to bring you this breaking update:

The two wires we reported on earlier are connected to the diagnostic LED. That is to say, that red LED in the is just there to balance the negative space on the dashboard. Stay tuned for our Christmas special. We'll post instructions on how to make it illuminate and how to draw a picture of a jingle horse using the LED as the nose.

We now return you to your regular scheduled programing.

Sorry to interrupt your transmission...

before you fry something, you might want to just read this...

Sorry to interrupt your transmission...

before you fry something, you might want to just read this... 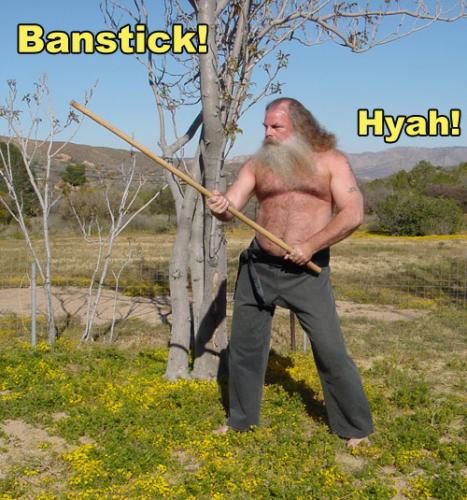 To set the record straight, USATracy was banned, he didn't leave. He was left with bitter feelings because he felt wronged by many, including me for my speculation, which was incorrect, on why he left. He has since explained on his website in detail why we are bereft of his company here, so everyone please disregard my speculative post above.