Dear Artic Fox, I occupy a middle ground that allows both sides to hate me. I believe that:

A: it takes years to build a refinery, we need to start a dozen right now. Any extra oil we produce now would have to be refined by Mexico and Canada.

B: We need to drill where there's oil (would you put a "green" hydro-electric plant in the Mojave desert?). Directional drilling is not as invasive as drilling used to be.

C: Expand alternatives, but don't subsidize poor performers. Sorghum is better than corn when making Ethanol, Jatropha is better than soybeans when making bio-diesel. If corn and corn-eating beef get more expensive as a result, we must work with it.

D. The president at the beginning of WW-one stepped in and over-rode the patent dispute between Wright and Curtiss, then told them to just start building planes. We now need the president to use extraordinary powers to cap lawsuits concerning EV development, and open up large format advanced battery patents to small conversion companies. The big car companies will follow what the public buys, or die.

Iran is too smart to launch a missile from Tehran into Israel, a more likely scenario is an Iranian truck nuke that is driven to Hezbollah in Lebanon, and detonated by a suicide bomber in northern Israel.

As a practical concern it would suddenly stop the flow of oil from the middle east for a minimum of one month and probably more. Such a result would throw the USA economy (and as a result the world economy) into a tailspin.

The USA military constantly runs computer simulations of what they feel are likely scenarios. These are (of course) classified, but we can read the results. The USA military has issued a spec to fuel producers for the JP fuel series (Jet Petroleum, similar to diesel/Kerosene) on how to meet their new requirements for 50% bio-JP. The spec covers fuel feedstocks made from soybeans, Jatropha, Coal-to-liquid (CTL) and other likely feed stocks that might be required in an emergency.

The USA military runs on JP/diesel. Hummvees, trucks, fighter jets, bombers, helicopters, tanks, and even ships too small to have a nuke plant (yes, a ship with a jet engine turbo-shaft, like a helicopter)

All fuels were rationed to the public during WWII, in an emergency, it would happen again.

One wouldn't place a hydro-electric plant here in Mojave, BUT, have you been to the desert recently? 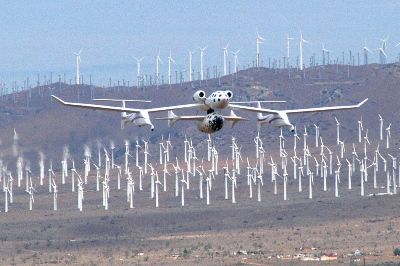 Great things are happening - no war or oil mafia required.

I am a fan of Burt Rutans work. Also, I have worked at China Lake (a Navy base in the desert, there's no lake, and I didn't see ANY Chinese)

I also think we need as much wind power as we can build, great pic!

I think wind, solar-electric, solar thermal (coming to the Mojave soon) are all better alternatives for producing energy. This same solar energy can be used to create alternative fuels (bio & H2/HHO).

If we don't get on the ball quick, our only alternative it the same old BS: 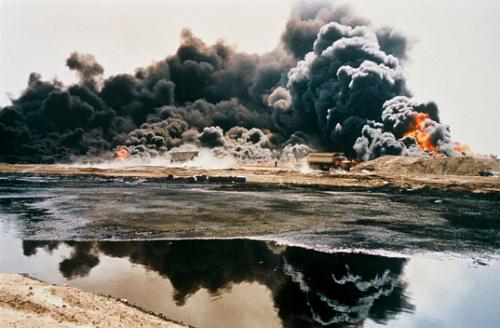