I recently purchased a 48v 20ah battery from ebay. The seller was Leebenmr. The problem is that the seller did not include the BMS that was stated in the description. I will never buy another battery from this seller again. I have emailed him several times and he told me it was built inside the battery pack, I opened the pack and did not find the BMS. He wants me to send it back to give me a refund but i think its pointless because i will probably spend as much money in shipping than what i paid for it. One of the cells also seems to have been damaged during shipping, I will try to replace it with another one. The pack is composed of roughly 300 AA sized cells in stacks of 20. There are 15 tabs on top of the cell where i beleive the BMS should be connected. I contacted Ping and he told me it should be 16 tabs. I will probably purchase the BMS from ping and add the missing tab but i need help figuring out where each wire plugs in for the BMS. 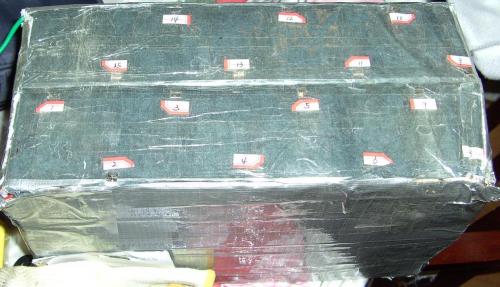 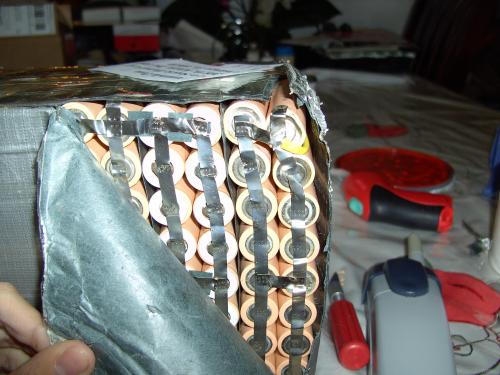 That pack looks like its in rough shape.. Did it arrive like that or did you drop it? It looks like you may need to replace some cells to get the right specs. Wish I could help you with the BMS, but I don't know enough about them (yet).

The battery arrived like this. The seller (leebenmr) refuses to do anything. 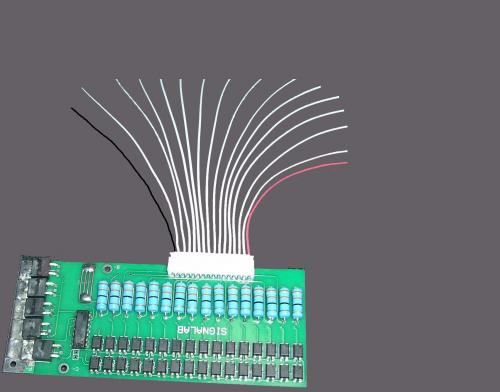 Its clearly not as robust as say a proper YESA battery etc, but dont be too obsessed about a BMS. LifePo4 is more robust and balancing is less critical.

Basically does the battery pack work? What kind of range/ performance do u get and how much did it cost if u dont mind me asking?

The battery pack has not been hooked up to my bike yet but it does have a charge on it, i found out the hard way. I melted the terminals on my voltmeter becuase i did not set it up properly. I'am expecting to get more than a 30 mile range out of thiss battery pack and i would like to prolong the life of the battery by installing the BMS. I've heard horror stories about Lifepo4 batteries only lasting about 3 months because they were used without a BMS. I paid about $400 for the battery.

I know this is a very old thread, but I think it strongly needs an update for those landing here through google...
This is a VERY BAD method to assemble a battery, as it only relies on metal tabs and battery envelope to keep the cells together,and cells are not mechanically and electrically separated! Such a battery could work in a static environment, but not on a vehicle: road vibrations would soon cause cells plastic envelopes to destroy due to cells scratching one to the other; but under the plastic envelope there is METAL of cells electrodes, so this will eventually result in shortcitcuit and FIRE!

Use cell holders to assemble your batteries! 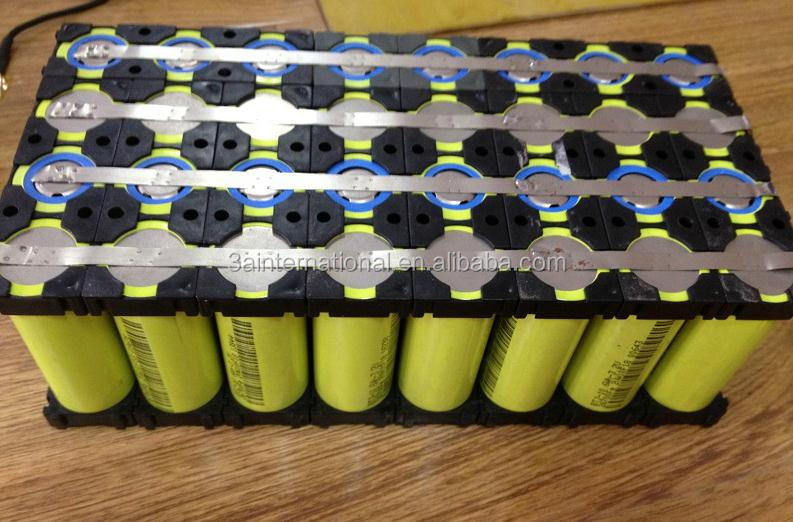 That said, about the original question, BMS wiring depends on BMS: someones have on the balancer connector a ground wire (marked B0 or "-", sometimes black in color) which connects to "-" of first cell (which matches with "-" of whole battery), other BMSs lack it (because they have an onboard connection to battery "-"). All the other wires go to "+" of each cell, in sequence.

And you also need large cables for connecting:
CH- to Charger "-"
P- to motor controller "-" (P=Power out)
B- directly to battery

"+" of battery directly goes to motor controller and/or charger, without passing through BMS.