HI,
Im new here but Ive read alot of posts. Great info but had to stop reading for a little while
getting "burned out" lol. I just bought a new e-moto retro scooter. It would not have been my first choice because of size but paid less than 40% of list! (couldnt pass it up) plus it gets me to the next level in electric scooters. My other scooter (Schwinn) is what I call a "skeleton model" no headlight, tail, horn etc.

Anyways, my question is about the speed restriction. Ive read that there's a "chip" in the controller is what some people call it but others say its just a jumper wire? If so where is it and how do I remove it?
If Im reading correctly my controller is the same one thats in the Kasea and e-max scooters?

Secondly I read that the Zapino scooters you guys have a economy switch to go from low speed to high speed.
Is it possible for me to add this switch to my scooter? Would my controller draw alot more power by just leaving it in a full power state?

I plan on adding up to 4 more batteries (8 total 20ah each) in the storage area under the seat if possible but one thing at a time for now.

Finally the scooter law here in Arizona says is if it goes over 25 mph (mine goes 30 mph) or is above 1.5 hp (my c.o.o. says 1.9 hp which is low for 2000 watts) then it has to be registered as a motor driven cycle/ motorcycle not a moped. So this mod to remove the governed speed would not be a problem.

Thanks for any feedback!

For the e-max controller, with the circuit board oriented so the row of MOSFETS are at the top, you will find a little jumper near the lower left corner labeled S1-S-S2, just above a pair of blue trimpots. Removing this jumper will remove the speed restriction and raise the speed to typically 37 mph indicated, or about 33-34 mph actual. The picture below might help - your's might look slightly different.

The e-max controller uses a "turbo" feature which is actuated by a button (typically the one next to the throttle - where the starter button would be on an gas motorcycle) When the button is pressed, the controller raises the input current limit from 40 to 70 amps for better acceleration and hill climbing (but not top speed) for about 90 seconds.

It works well once you get used to it although I needed to raise the limit to 95-100 amps to get really satisfactory performance out of mine. Do a search for "shunt resistor trick" to find the old post.

Thanks for the info PJD!

I would like to see if im getting the concept of this. If I remove the "S1-S-S2" jumper what Im doing is actually increasing the voltage to the motor? Is this how I increase speed?

I read in another post that these US controllers restrict or only allow 80% of the voltage to the motor. This is where the 60v mod comes in right? Originally I was thinking on adding 4 more batteries to be inline with the mile range that the other models have. (Ive got a large storage area under the seat to utilize, I see some models dont have.) Now Im not sure whats better to do any ideas?

BTW if I plan on doing the 60v conversion I'll gain some speed right? Then do I still need to remove this jumper wire or will this together overload this system? One thing I do know, I noticed that theres a "cable lock" on the controller. I would have to cut this off but then I imagine my warranty is gone! (But then again if I add 1 or 4 more batteries they will
prob pull the warranty also.) So tell me how do I make my scooter most efficient? Thanks!

Removing the jumper disables the motor speed control chip - that 8 pin chip in the lower left corner. It is a feedback-loop device has nothing to do with how the controller modulates the output voltage - except when the speed setting is reached.

The motor is a 3 phase brushless motor, so "voltage to the motor" is not a well-defined concept nor related in any simple way to the DC input voltage. In a DC brushless motor each of the three wires the motor are positive 120 deg of rotation off for 120 deg. and negative for 120 degrees.

You may want to search the internet for some primers of how motors work, but basically the three rules are:

1) Current influences the torque that the motor will produce at a given RPM;

2) Voltage influences the RPM's that will be obtained at given torque.

3) At a given voltage, the motor produces a lot of torque (and draws the most current) at low speeds, and the torque and current will decrease as it speeds up until the maximum free-running speed is reached where the current and torque is very small - just enough to overcome friction.

Since the motor can draw enough current at a high load and low RPM's to burn itself out, all controllers have a current limiter. But unfortunately, this current limiter limits the torque for acceleration and hill climbing at these lower speeds.

We increase the voltages to get better top speed and increase the current limit to get better acceleration and hill climbing. we get away with it because it appears that the e-max motor is very conservatively rated - it can safely put out 4000 watts for long periods of time except for perhaps in very hot weather. All kinds of things failed on the e-maxs, but I never heard of a motor burning out.

Ok I got controller apart and wanted to be sure before I button it tomorrow.
I found this plastic cap with a metal insert glued on top of the S1-S-S2 jumper and removed it.
Is this what I was to do? or am I to desolder the jumper from the board? Thanks

The "plastic cap" is the jumper. Remove it and nothing else needs to be done.

However, the large filter capacitors on the e-max controller have been known to shake loose from road vibration, so it is a good idea to secure them better against rattling. I used silicone caulking.

Also, if you are going to upgrade to 60V operation you will need to replace the 63 volt capacitors (5 of them total) with 100 volt-rated ones. Look for the old posts by, I think, "kmullee". or "Keith".

Does the above procedure apply to the newer E-Moto (not E-Max) scooters? Specifically to the G-1 and G-3 scooters? They seem to have Kelly programmable controllers now. So is it still a simple jumper, or does the controller have to be reprogrammed? If the latter, how is it done? I don't want to go back to the 28MPH limit of my good old lepton, but 32MPH or so would suffice for local riding on 30MPH city streets.

Kellys can be reprogrammed using a laptop (max Windows Vista, XP is better), the right programming tool downloadable for free from the Kelly website and an RS232-USB adapter cable.

So, can *anyone* give me an informed opinion of the 2010 G-3 and/or G-5 EMoto scooters? I really am thinking about buying a new old Stock scooter.

Hello!
I have read imformation about removing the jumper but u had defined it as emax contoller but I have a ''jvh'' control in which labelling is quiet difference there is nothing at point s, s1, s2 so I requested you to please locate jumpers as I am new in this field and not even know how the jumper looks like pics are attach for you to locate jumper thanks 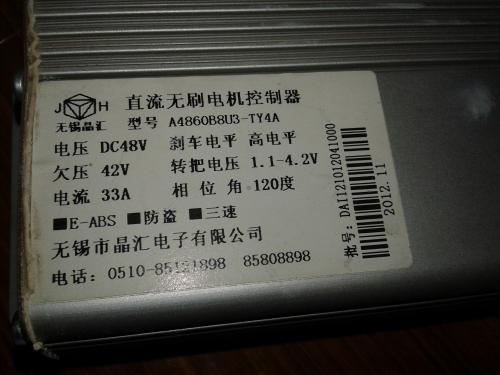 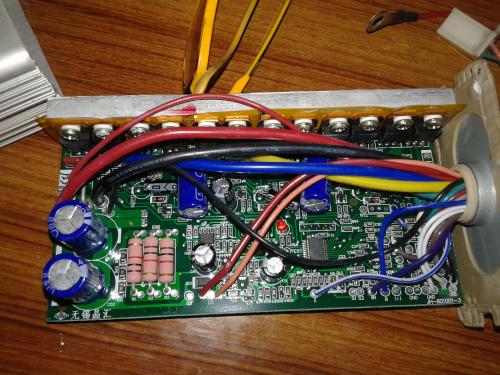 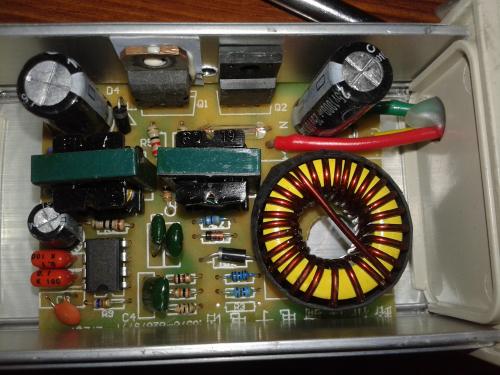 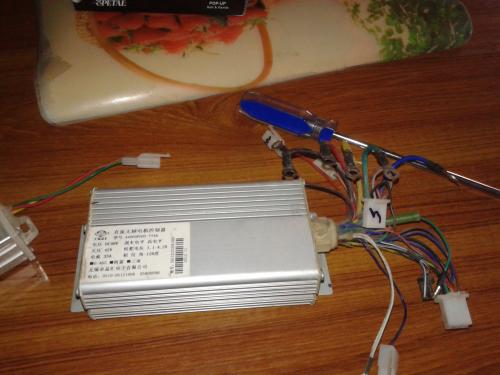 Hello Mr. Ehsan kaukab
I've bought a cheap scooter exactly the same as it shows that you have shown your controller.
According to the following image and specifications listed.
Can enhancing the speed and power to do?
I also can not remove the controller circuit board!
Please guide me please.
Thanks
Hessam Ramezani
h.ramezani.m [at] gmail.com 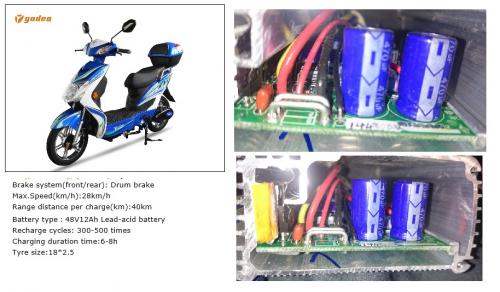