TTXGP @ Infineon pictures and updates for this morning

The TTXGP teams had their first qualifying round this morning and had a good showing. Electric Motorsports arrived and Lightning Motors got their bike on the track getting a full set of laps. The bad news is that Bob Schneeveis was testing his motorcycle at home this morning, had an accident, and won't be bringing his bike to the race. 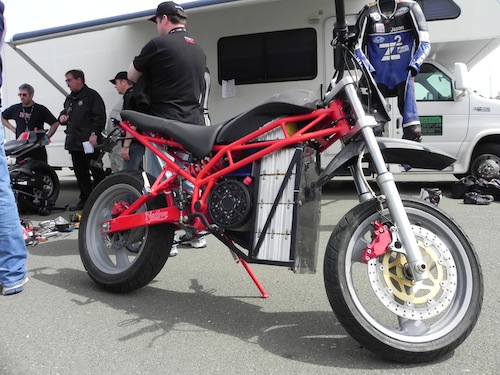 Electric Motorsport brought two bikes, one for the race, one just for riding around. This is the riding around bike. This conversion has everything out in the open to look at. 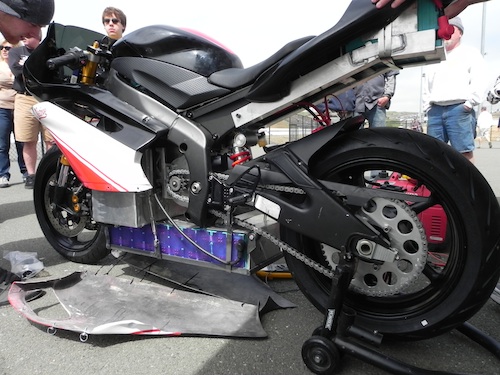 Here's their race bike in a not quite finished state. This was five minutes before the race and they were racing to put it together to get on the track. It's an AC motor and I didn't get the details from them. 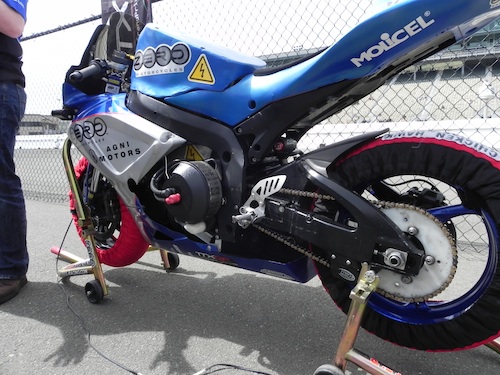 A closeup of the Zero/Agni bike. Funny thing - the rider as he leans to go through the curves is clipping the motor on the pavement. 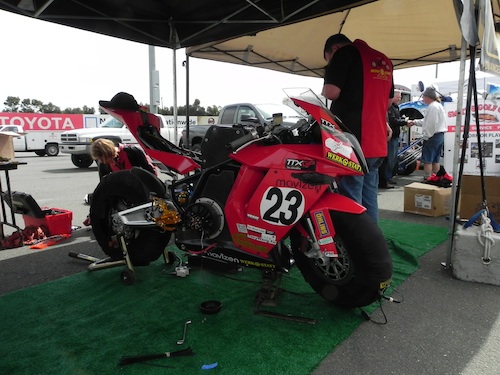 Werkstatt's bike .. They didn't take it on the track this morning. Instead the brush holder was broken and they were working on replacing it. 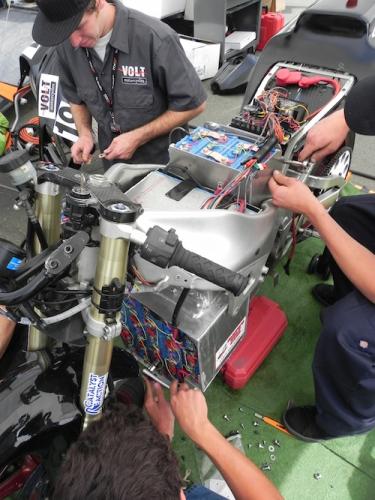 Volt Motorcycles team working on reassembling their bike. They, too, didn't get into a qualifying round this morning. 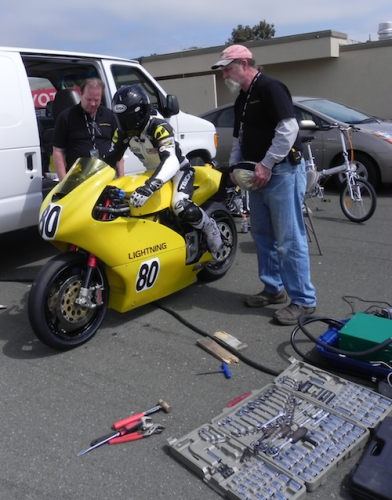 Lightning Motorcycles (Richard Hatfield) ready to go. The bike got onto the track and did very well. At the beginning there was a bit of a chase going on between them and the Zero Agni bike, but that bike stayed in front enough faster to stay ahead. An issue the Lightning bike has is ride height. The rider wasn't able to lean as far as he wants, and was scraping the fairing on the pavement. 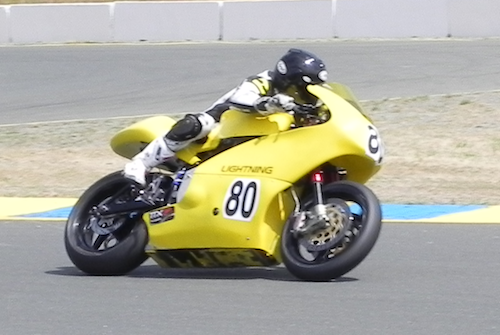 Lightning Motorcycles bike on the track 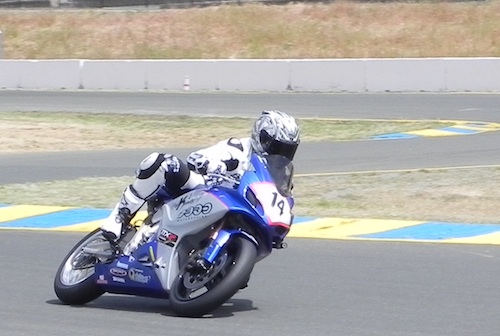 Zero Agni bike on the track 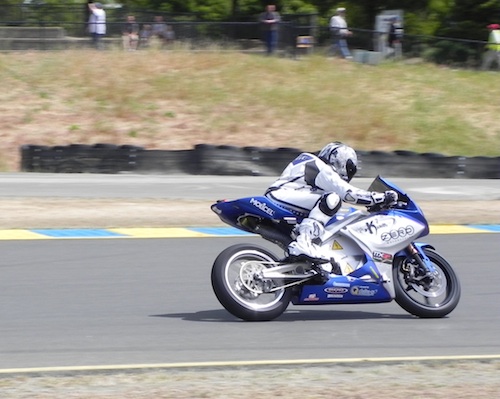 Another view of the Zero Agni bike 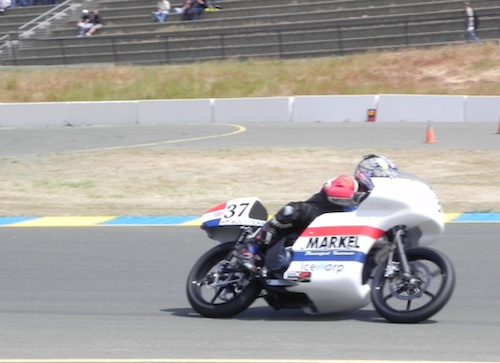 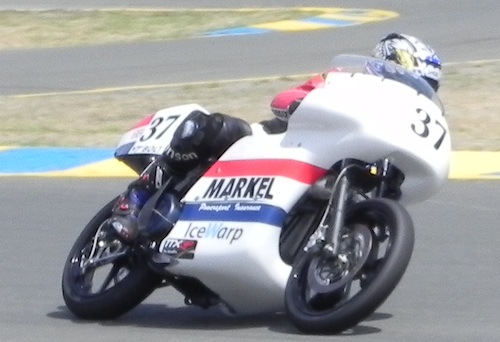 They're using Kokam cells in the battery pack, chosen because of energy and power density. 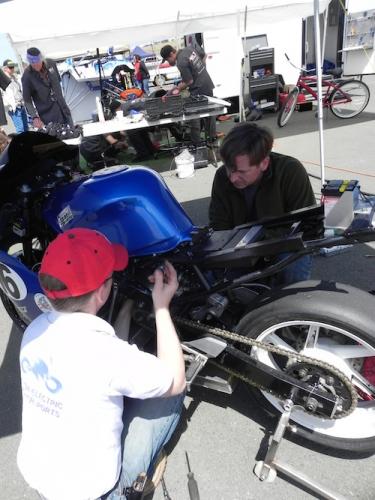 The team from Ohio at work after the race.

Very interesting, thanks for the report and photos!

Sounds like it is not all that much different on the track compared to the "real world"....always some trouble with the darn things!