I'm attending the TTXGP race at the Road America track. This is race#2 of the 2010 season and it's part of the Suzuki Superbike Doubleheader weekend. Curious though that it's a Suzuki weekend but Yamaha has a huge team (3 semi's worth of team) and a couple of the winners have talked about how good the Yamaha bikes are performing this weekend. Anyway, whatever, they're all stinky gas burners that are destined for the trash heap when the electric bikes take over, right?

Unfortunately there isn't much to write about today. I missed the first qualifying round because it happened at 8am. Try as I could, I got to the track at 9. So much for that. The second qualifying round wasn't until late in the day, at 5:30pm, which meant we were hanging around the paddock, some people working on their bikes, but most of us shooting the breeze. I did a couple rounds of going trackside during the gas bike races to practice shooting pictures.

This track is HUGE and SPREAD OUT.

In any case by the time of the second qualifying round a rainstorm settled in and while some bikes went out on the track, I didn't go trackside for any shooting.

The qualifying roster is:

However I believe they'll be letting all the bikes race given that the second qualifying round was essentially scrubbed.

The Electric Motorsport bike took a weird tumble in the second qualifying round. Coincidentally the TTXGP camera guy caught it on video, and showed it to us. The rider had just come around a bend, was on the following straight, there was a slight curve, but essentially straight. Then all of a sudden the rear wheel just slid out from under the bike and it went tumbling. He wasn't hurt but ... the left handlebar snapped off ... the side of the bike is scraped up real bad ... and the left footpeg had about 2-3 inches scoured off.

The best bit is that Team Electra is back after their disappointing DNF in the last race. AND they have the pole position. 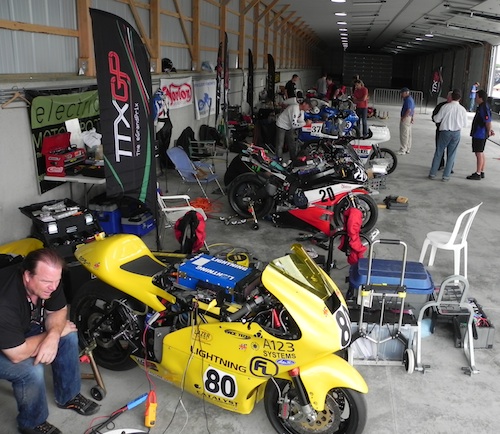 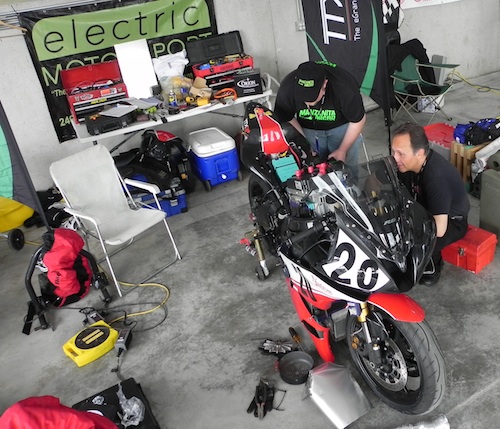 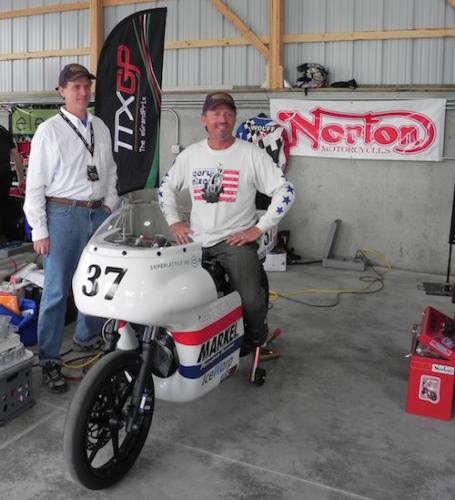 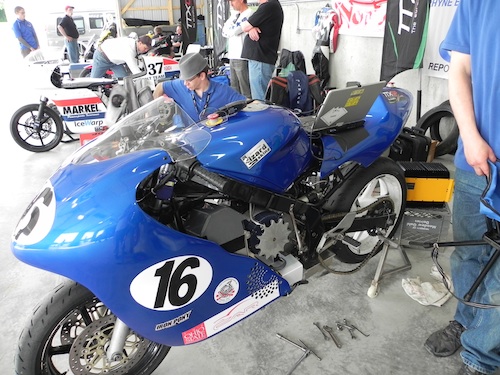 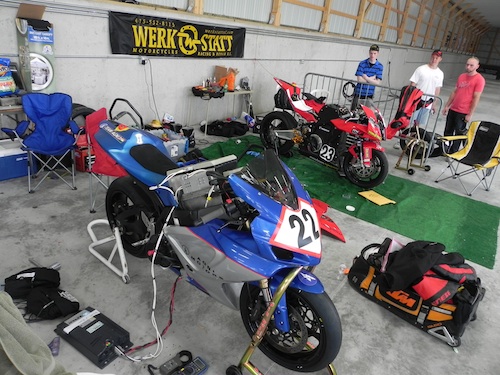 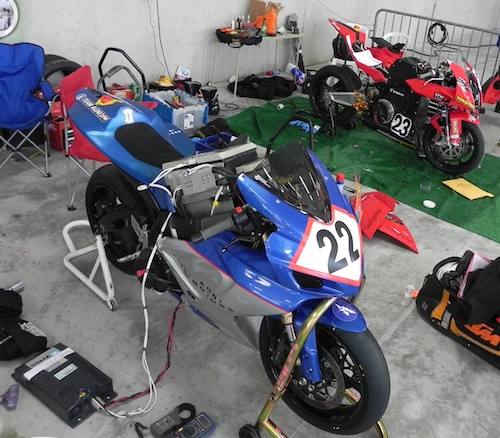 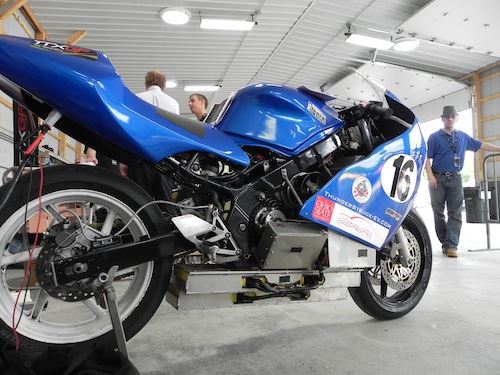 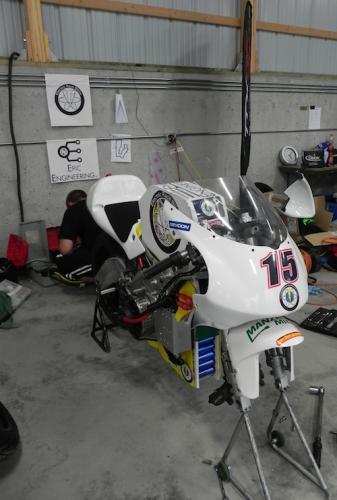 Electric Race Bikes .com - their design is also derived from the Agni bike, but not built by Mavizen. They told me that Agni told them how to do it. 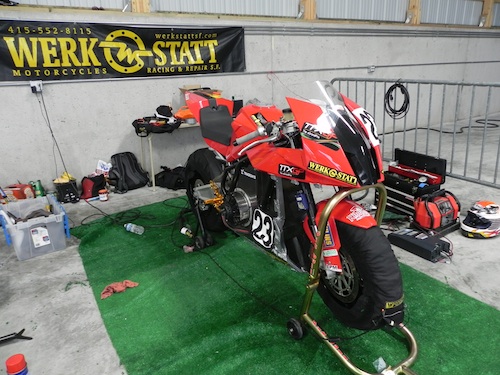 Werkstatt Racing - they have the Mavizen bike 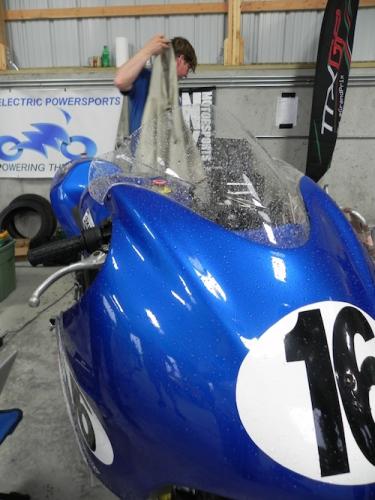 Some of the bikes went out in the rain. Rather than getting electrocuted they did fairly well. The Square Wave bike did have a couple issues due to a connector they'd not protected. 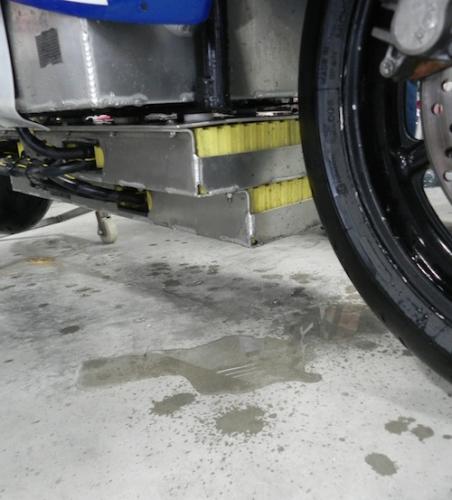 How do the batteries cope with the racing demands?

With standard ICE racing vehicles, it is apparently common to have to re-build the engine after each race.

Do these batteries last more than one race?

I didn't see anything about the Lightning bike for qualifying time...what happened?

@Mik, they just recharge the pack after each race. The racing distance/speed is enough to deplete the pack a long ways.

@dp, they didn't get on the track all day. Richard looked rather ..uh.. mix of frustrated and resigned to facts. I think they were ready to go on the track but not with the rain.

It stopped raining during the night and if the road outside my hotel is any judge, by 10AM the track will be fine. The sky's even pretty clear.