Over the weekend I had the opportunity to test ride these two electric bicycles. I'd had a chance to ride the A2B a couple times, but only around the block. The EMS bike on the other hand is a design with several years of development, derived from the Tidalforce bike from several years ago, and while I know it by reputation had never seen it in the flesh. Both are very powerful bikes and I'm rather impressed by both.

The EMS Elite is a real speed demon. It has a 1000 watt motor (BTW well beyond the legal limit for electric bicycles) and easily got up to 30 miles/hr (at max gear, max throttle, and modest pedaling). With no pedaling it easily got to 25 miles/hr at max throttle on flat ground!!! This is a really fast bicycle, but of course at 1000 watts it's really questionable whether it's appropriate to call it a bicycle anyway.

The A2B is very rugged and you feel like you can go over anything. It feels powerful but of course isn't near as fast as the Elite. It has an odd growling sound at low speed.

The test bikes were kindly provided by ELV Motors 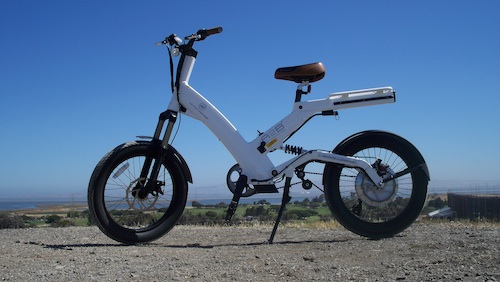 The A2B Metro. Very beefy, steep suspension, etc. The battery pack and controller are buried in the frame. It has 20" wheels with 3" wide tires. 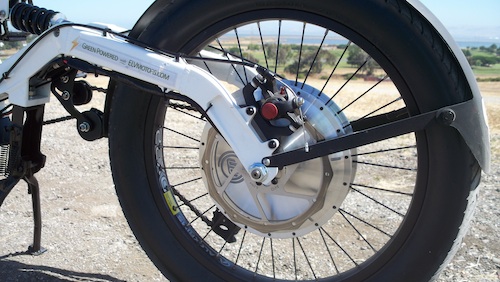 500 watt brushless hub motor on the rear. It's on a rather heavy duty swingarm with proper suspension. I happen to have been given one of these motor/wheel's and it weighs in at 20 lbs. 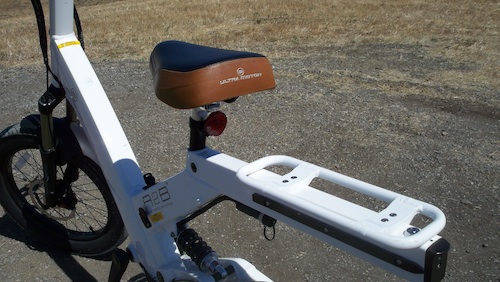 The rack can hold a second battery pack. 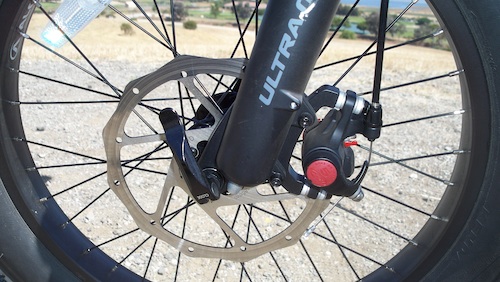 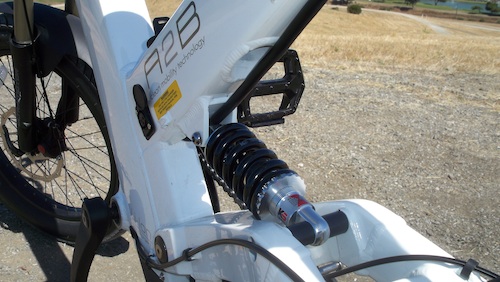 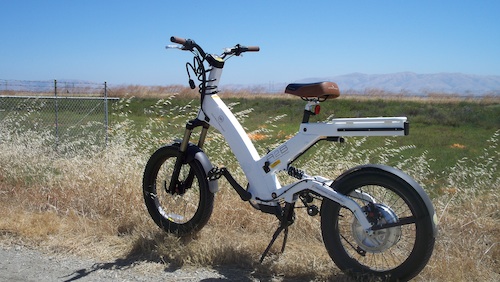 I rode it around quite a bit on hiking trails in a local park (that allows bicycles). It felt very much at home there. 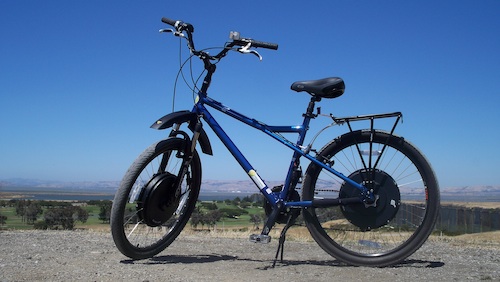 EMS Elite .. 1000 watt motor on a normal road bike frame. The NiMH pack is in the front wheel, the motor in the rear. This put-the-pack-in-the-wheel design was inherited from Wavecrest Labs, the designer of the Tidalforce bike. 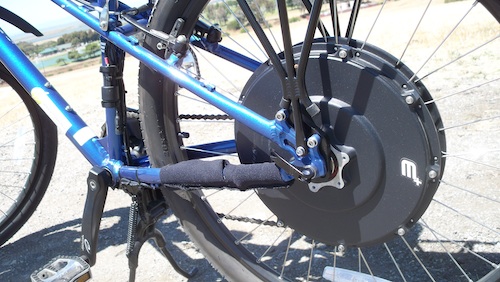 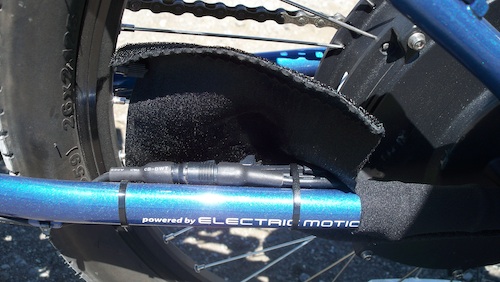 EMS put a lot of attention into weather-proofing the system. The connectors are all very waterproof to begin with, and then they have these nylon sheaths that wrap around and velcro into place. I'm certain you could ride this through standing water and not get zapped.

David,
Only now I noticed your review of E+ bike.
I bought one like 2 months ago.
I have one year of warranty so I need to decide to claim under warranty or not.
You wrote E+ is smooth in every aspect....
Well,
my E+ is not so refined and smooth if I compare it with my 500W TidalForce /I must admit it is NOT 1000W TF/.
However my E+ often develops jerking/cogging/shimmering from motor in over 20m/hour speeds, it feels as electronics putiing out impulses to the motor out of step. I can discribe this jerking as if motor loosing power for fraction of second and it is annoying rather. It easly reaches 25miles/hour in no time.
Also regen braking is abrupt and jerk like comparing with TF which delivers wonderfully smooth regen and much stronger than E+. I cannot really depend on regen breaking on my E+ like I depend on it on my TF.
No doubt in my mind it s software issue.
Any thoughts?
Any other owners on this web site?
BM