The Lightning Motors bike took off strong at the beginning and stayed ahead through the whole race. It was ahead by nearly 10 seconds in lap 4, 5 and 6 (9 laps total plus three parade laps at the beginning). In lap 8 the lead shrunk to 6 seconds and at the end of the race it was 1.2 seconds behind the MotoCzysz bike. Basically, the battery pooped out. 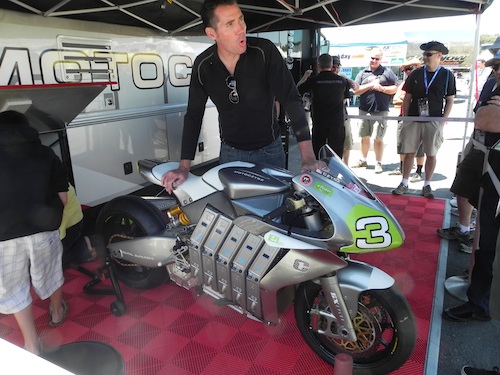 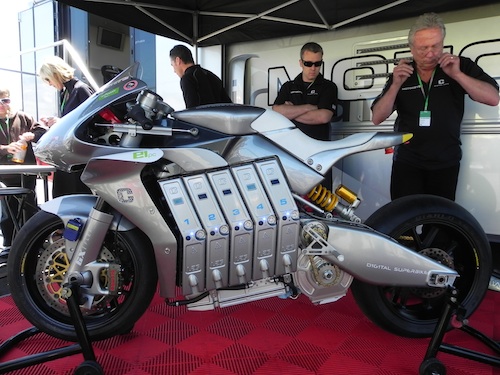 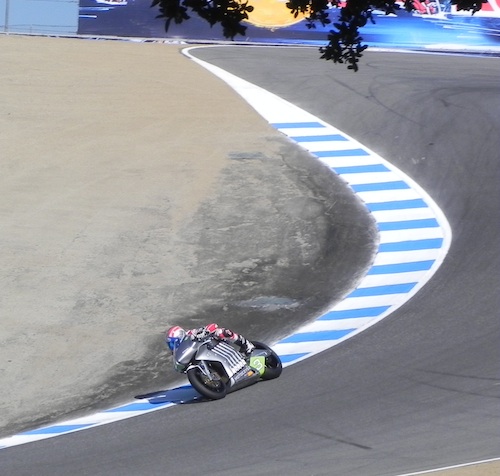 MotoCzysz in the corkscrew during qualifying on Saturday 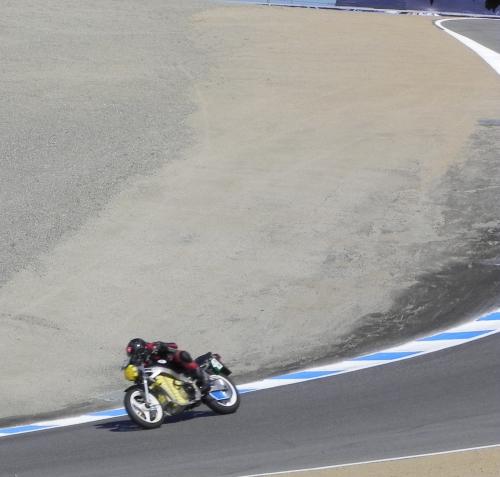 Closeup of Lightning as it goes through the corkscrew 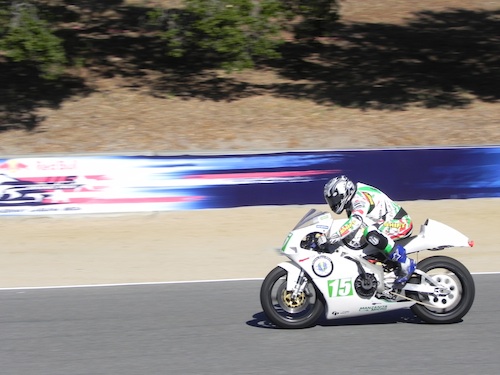 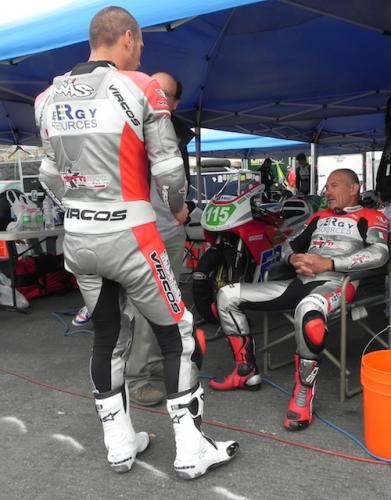 The Betti's prior to the race - They came from Italy 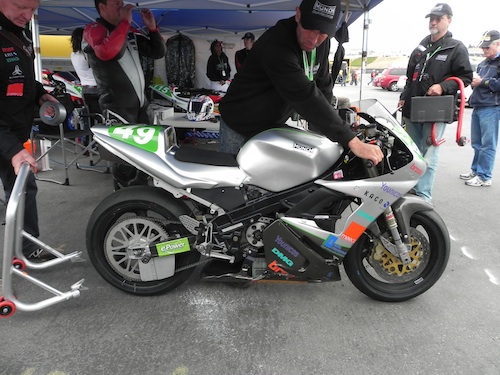 Munch Racing - they came from Germany 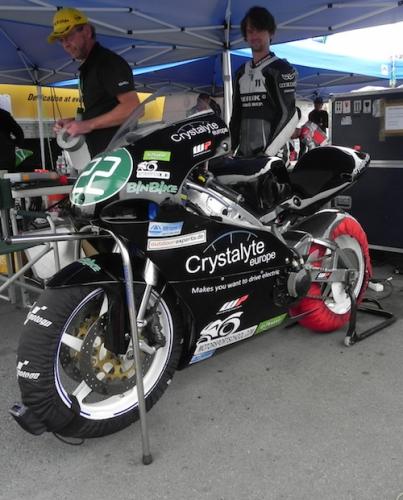 Crystalyte Europe - they are the European distributor for the Crysalyte motors for bicycles, however this motorcycle is not powered by a Crystalyte motor. 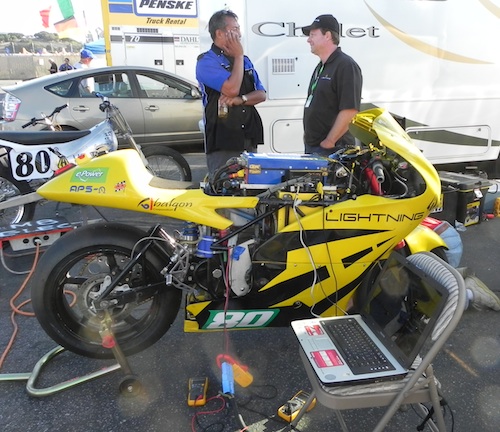 Lightning Motors in the paddock, that's Richard Hatfield talking with someone from Zero whom I believe is Neal Saiki 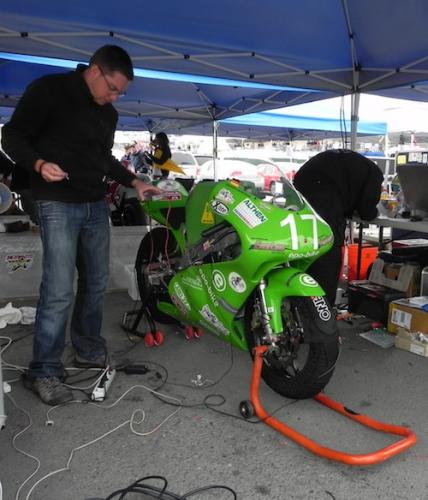 The Epo-Bike - he came from Germany, it's a one man design/rider team though with a sizable support crew. He qualified on Saturday but tweeted on Saturday evening he wouldn't be able to race because the motor had blown up. He uses the Lynch motor. By Sunday morning with borrowed parts from other bikes which weren't racing, he had the bike back together and ran it in the race. Very slowly unfortunately. 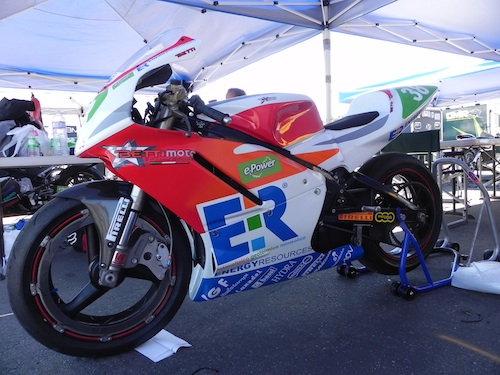 One of the Betti motorcycles. These Italians sure know how to make beautiful motorcycles. 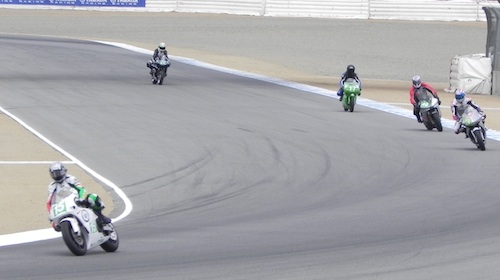 A bunch of them at the start 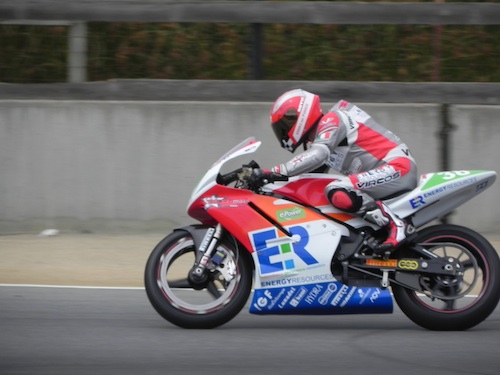 One of the Betti's during the race 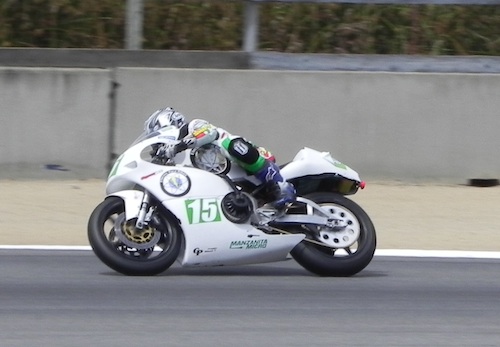 Electric Race Bikes during the race - they got a totally new controller, namely a Zilla 1K rather than the Kelly Controller they've used before. Matt said he hadn't worked out how to configure the controller and I suppose that contributed to being so far back in the finishing results. 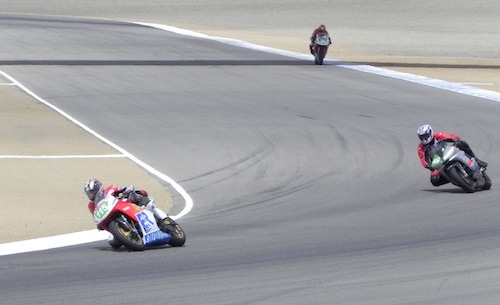 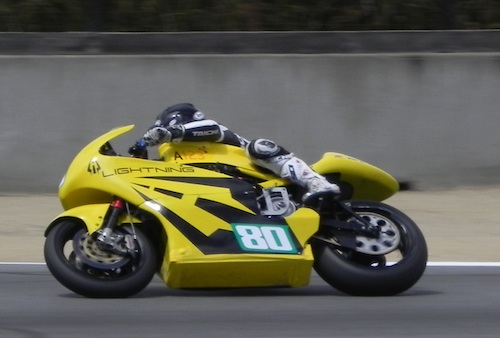 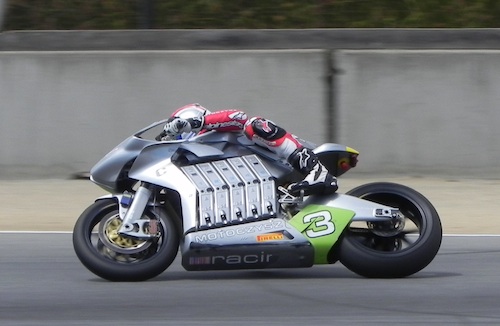 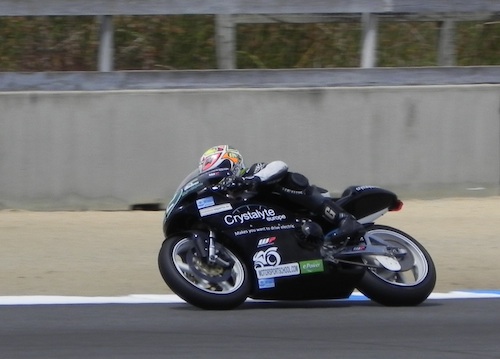 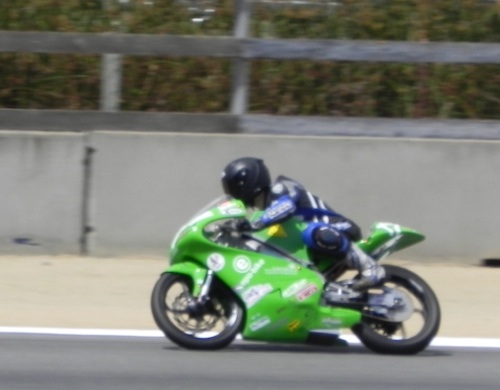 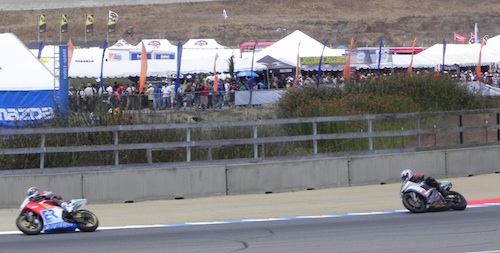 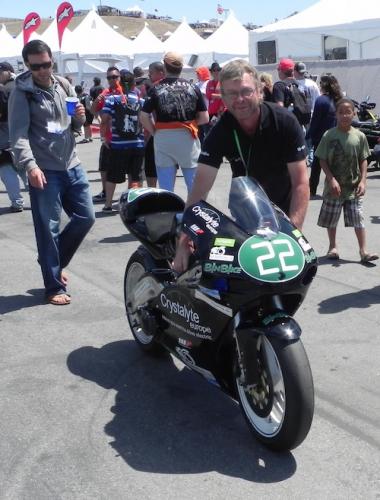 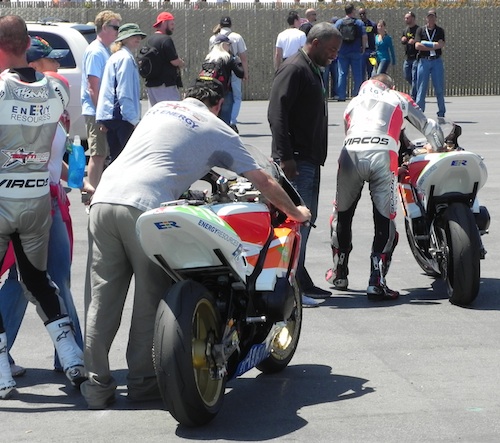 Betti's returning to their paddock 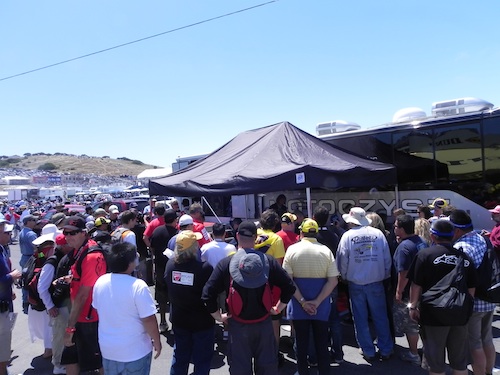 Everybody wants to see the winner, crowded around the MotoCzysz paddock 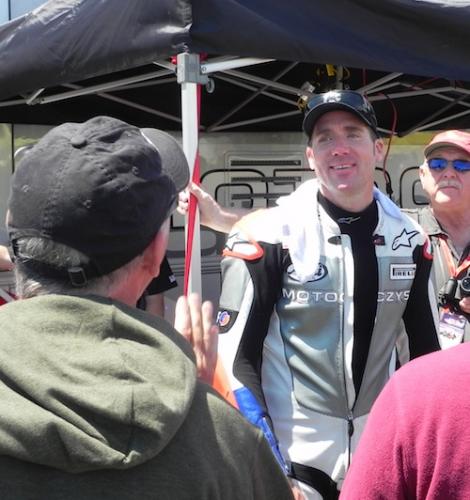 Michael Czysz talking with Ely Schless - Ely was entered as Proto Moto, and qualified for the race, but had blown up the motors during the qualifying and unable to race 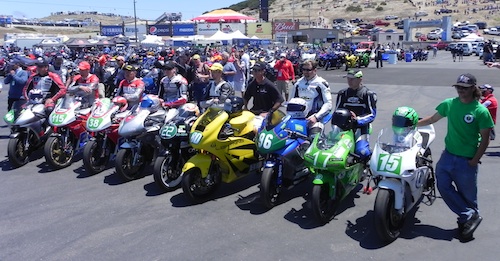