It's a beautiful day here in Albacete. Clear, nice and warm, etc.

Today the teams got two practice runs in. Gave them a chance to shake some things out, and even blow up a motor and/or controller. The way you know you've pushed it far enough is when things blow up, eh?

I posted the lineup at - The beginning of the end for TTXGP; end of the 2010 season, that is ... From that list the only question mark is whether Jennifer Bromme will be able to sort out her racing license so they'll let her ride. Hopefully they can work that out. UPDATE: This got worked out and Jennifer will be racing thanks to some help from the AMA. 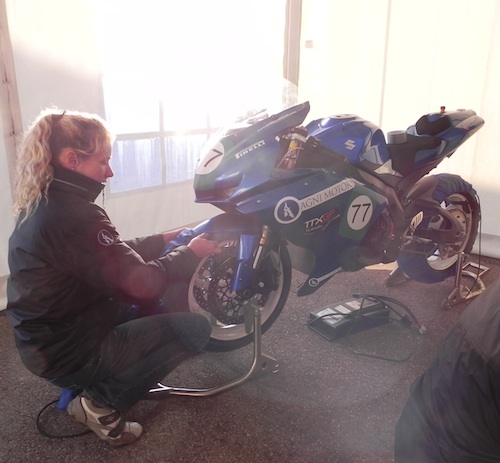 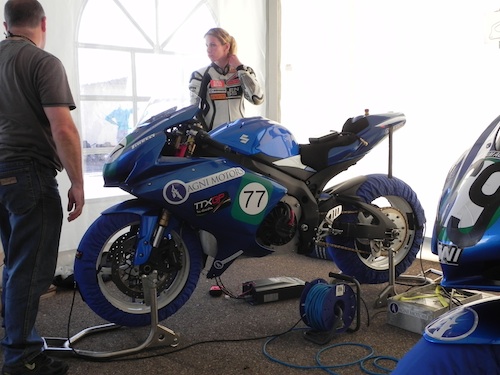 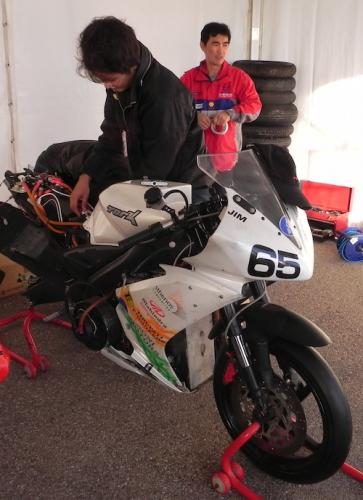 Tork India - they're in the Agni tent, and receive a support from them. It's a twin Agni design like most of the other ones at this race. 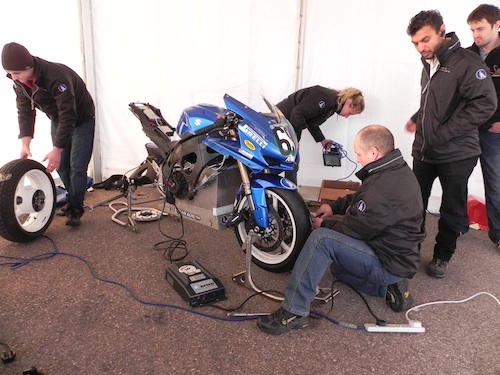 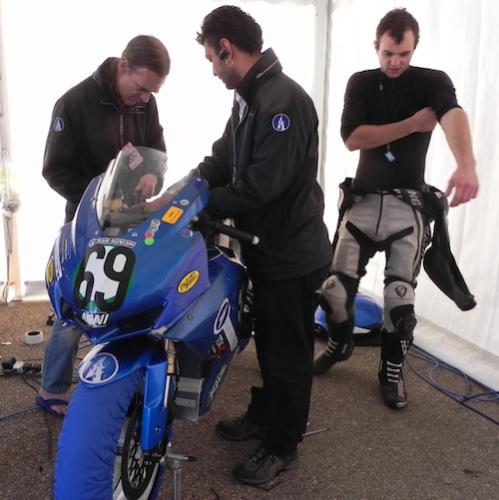 Rob Moon suiting up, Cedric Lynch and Arvind working on his bike getting it ready 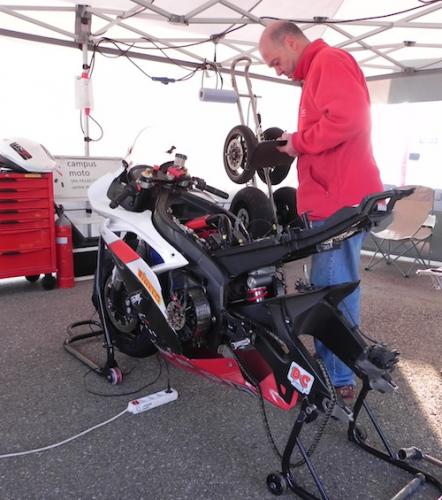 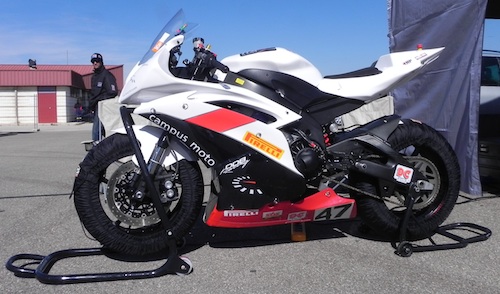 Campus Francorchamps - Theirs is also a twin Agni motor setup. They got the technical info from Mavizen but did their own build using a Yamaha chassis. 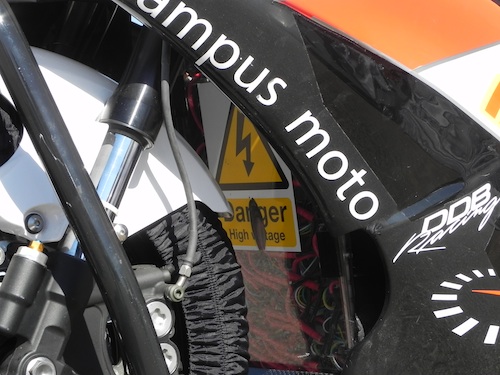 A view of their battery pack. They don't run with a BMS on the bike during the race. They have balancers to ensure the pack is balanced, and during the race no BMS. 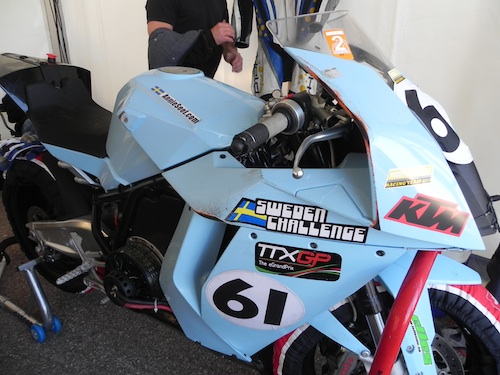 Morris Motorcycles - they have a Mavizen. 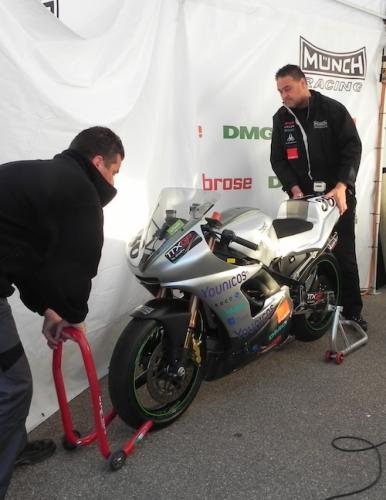 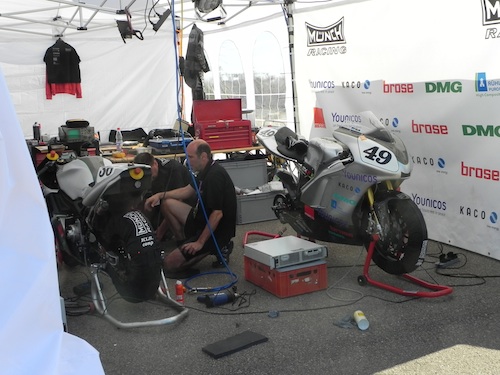 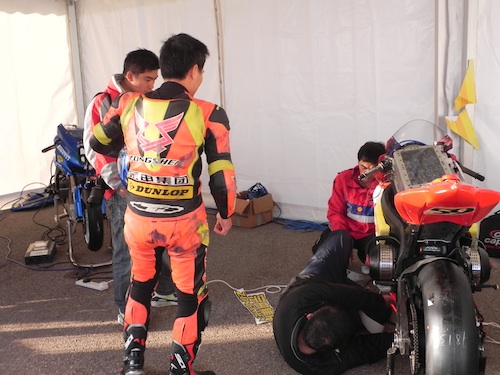 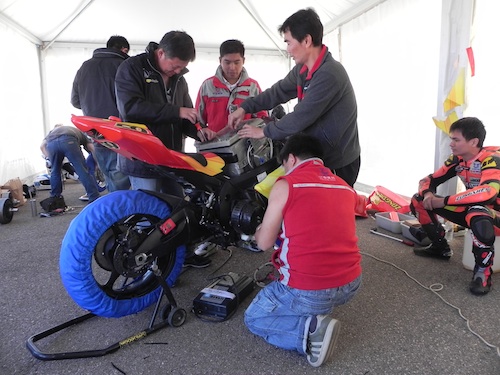 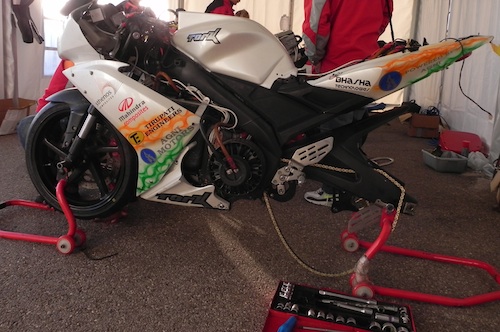 Another view of the Tork India bike. It's major advantage is small and light weight. 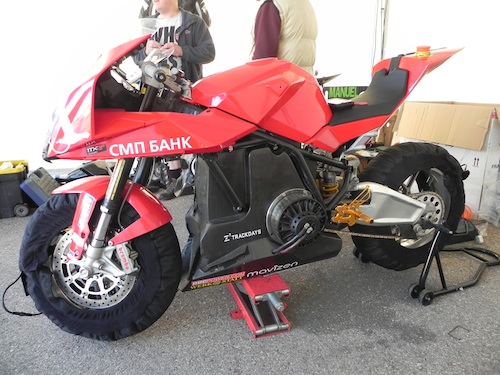 Werkstatt's Mavizen - It seems that SRP Racing (Russian team) was going to ride this and it has some Cyrillic on the side. Instead the Russian is racing with CRP Racing using their second bike. 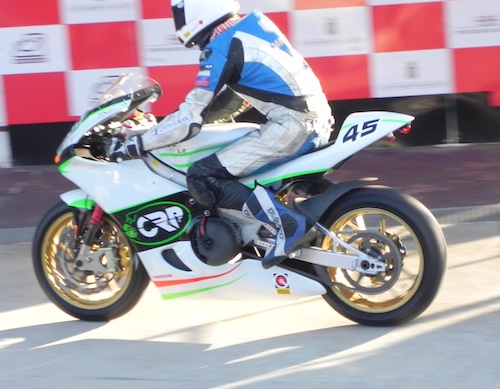 I believe this is Alexey Ivanov riding the CRP Racing bike. During the practice round one of his motors cooked itself. 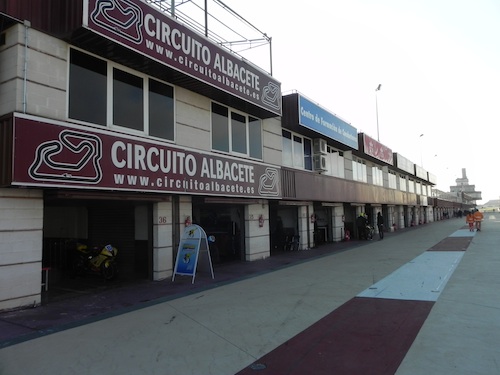 This is the trackside Paddock.. it's being used by the gas bike teams. The electric paddock is out in the parking lot. 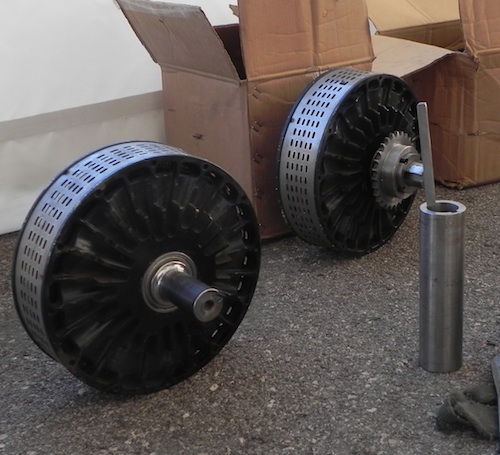 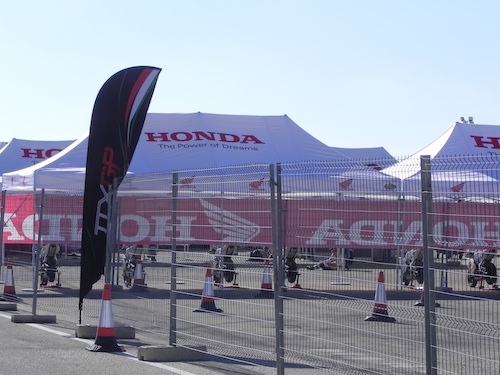 Actually.. it's just a coincidence that Honda has a tent next to the electric paddock. One can dream though, eh?

They didn't come, likewise Team Electra. Both explained that the TTXGP office recommended a shipper to them who was not certified to handle class 9 hazardous materials (lithium batteries).