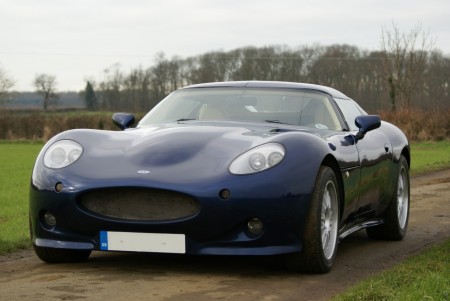 The arrival of safe Li-ION in big form factors is going to change the EV industry as a whole. It's going to make EV's far more acceptible to the public, because these EV's will be closer to the usage model people think are a base requirement.

I think Tesla, where their battery pack is made from 6000+ tiny cells, has bit off a complex pack design that's going to be a problem for them. I can't see anything but difficulty and complexity coming from a design that has that many small parts.

I was thinking the same thing about Tesla’s battery pack. I wonder how long it will take Tesla before they abandon the idea of 6000+ small bombs and go for something less complex, safer and with faster recharge times. ;)

"I can't see anything but difficulty and complexity coming from a design that has that many small parts."

I'm not 100% sure but I can vaguely recall that the tesla battery bank (or atleast one of its prototypes) was built with 2000 F Cell batteries.

I tested the theory by building an ebike using 500 AA cells.. and it is plausible..

Here are some of the main benefits...

1) Battery cells are not Soldered directly into the pack.. so they can be tested and replaced easily as they fail.

3) Cells Grouped in lots of 10 or so can be charged individually by multiple chargers. (allowing the pack to be balanced more accurately and charged more rapidly) I use 5 chargers in my pack.

4) Common Cell size = Cheaper cost due to market forces of supply and demand.

6) Multiple Cells = Greater scalability and redudancy.. its far easier to increase the capacity of the pack just by adding a few cells here and there.

8) despite what people think about using Pressure based connections rather than solder connections.. the resistance is minimal because when you have multiple cells in parallel each cell doesn't have to deliver as much current.

for example in my 500 AA pack.. the cells are arranged in parallel lots of 10.. so with a 20 AMP controller each cell only has to deliver 2A MAX.

people will also say that by having a large number of connectors your unnecessarily increasing the resistance..
but I say this... if you use high quality connectors like DEANs for example.. then More connectors = greater surface area = Less Resistance

so I like the tesla and I like my ebike.. my only problem sofar was that I happened to buy cheap crappy AA batteries which did not have the capacity that was printed on them.. they were fraudulantly labelled batteries.. so my advice is to stick with known brand or a pre-tested cell.

so the theory is sound.. and so is the practice.. and when you have so many AA batteries laying around.. you never have to worry about your bike torch or camera going flat.

so I'll correct myself. ( I dunno where I got 2000 from maybe it was an early test model)

I haven't found any info on F sized Lithium batteries but the F sized Nimh batteries are 1.2 V 14AH..

and if they did use the much safer and cheaper NIMH then that would be about 115 KWH of raw power.