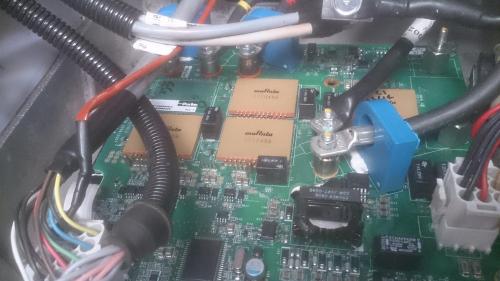 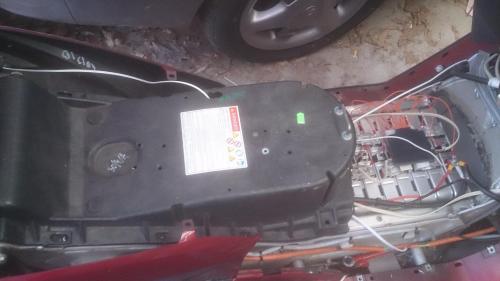 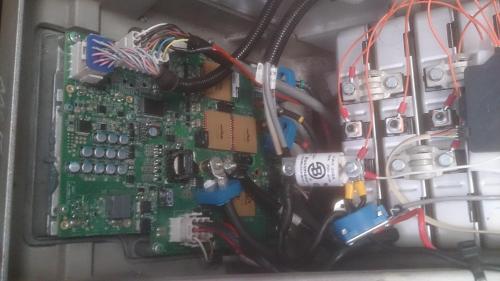 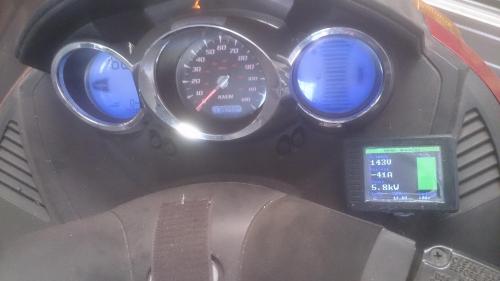 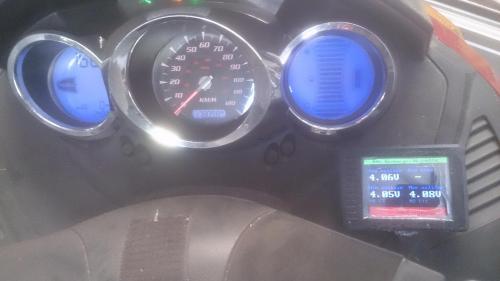 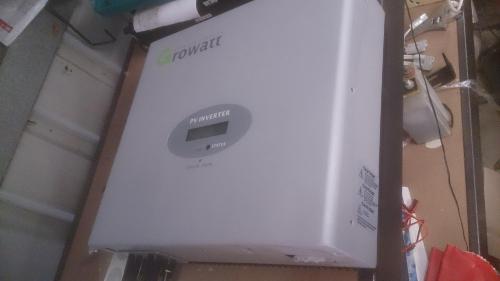 anyway, as many of you have done, you can convert without a BMS, by doing those functions manually

It can display every cell voltage, has a fuel guage, and has a touch screen

Edit: I forgot a part when adding costs together - price is AUS$900 + Shipping

Wow, serious congrats. Let us know how it all goes.

I love the info you posted at the bottom with the costs - really useful. I assume those are Australian dollars? and I must be misreading the total distance as I read it to be over 79,000 km.

I took the bike for a ride today

these leaf modules sure are power dense

The cost info is really helpful. Are those Australian dollars?

Yup! Nice to have pretty much full power all the time :)

If you do take some temperature measurements on the Leaf pack in use, can you share? And if you have ventilation or not for the pack? I've been running mine without temp sensors and without ventilation, so I don't know if it heats up during riding and during regen (I know it does not heat-up During charging, as I've hand-felt the pack's temp while the bike was disassembled at home). I doubt it heats-up, because even at highway speeds it barely bets stressed by the current (it's no longer the weakest link in the bike), but would be nice to know for sure.

I'll probably plug in my temp sensors again so I can observe the temperature during/after riding, but it will be a few months before Spring comes 'round here (I don't ride in the Winter).

If the controller is drawing 230 Amps under full acceleration, why does it only have a 200 Amp fuse?

Experience has shown me that overloading fuses (even slightly) eventually causes this to happen:

Athough if the fuse connection is not very good this can often happen first: Would it not be worth putting an additional 40 Amp fuse (or possibly a 40 Amp circuit breaker) in parallel with the 200 Amp fuse to prevent it from being overloaded on steep inclines at full power?

I'm also confused as to why there are there so many wires (at least four) connected directly to the battery terminal on the unfused side of the fuse: Are these all to do with the BMS wiring?

Wow - nice!
I'm still riding my '07 VX-1 with the antiscab conversion kit that I installed in 2011. The LiFePo battery capacity has degraded a bit (still have 80%), but the BMS and everything else still runs perfectly. I wish the Leaf batteries had been available when I did my conversion!

prices are indeed in Australian Dollars
The majority of the parts are made in Australia, so even with the falling value of the Aus dollar, the AUS$ price will remain the same

If the controller is drawing 230 Amps under full acceleration, why does it only have a 200 Amp fuse?

a 200A fuse won't blow immediately if you go past 200A - there's a I^2T value that has to be exceeded first (you can't hold 230A for anywhere near long enough to blow a 200A fuse)
a circuit breaker I^2T value is almost always lower than a fuse (which is why you replace a 10A fuse with a 16A circuit breaker, etc)

It is better to have the fuse located on the battery, rather than the motor controller, so that is why it is reloacted.

I'm also confused as to why there are there so many wires (at least four) connected directly to the battery terminal on the unfused side of the fuse:

The smaller wires are for the charger, the external anderson connector (so you can connect another charger or a capacity tester without disassembly) and the BMS
They are protected by a 32A HRC 250vdc/500vac fuse on the positive terminal (not shown)

Matt give us a call hibba

This build looks so complicated. Look at other overseas builds using Leaf cells and their experience gained on this forum.

Matt - I will get this kit if I can find the cells. My lithim conversion has done 22,000kms but I get a red light from the BMS almost every day - I think from voltage drop when accelerating up hills. So I think the writing is on the wall for my current pack. I also have a frequent encoder error which wasn't fixed by cleaning the sensor as I found described on this forum.
cheers

Matt - I will get this kit if I can find the cells. My lithim conversion has done 22,000kms but I get a red light from the BMS almost every day - I think from voltage drop when accelerating up hills. So I think the writing is on the wall for my current pack.

Out of curiosity, do you have a cycle analyst? What is the capacity of your lithium battery now?
I wouldn't worry about having to reset the BMS after every ride, as long as you can still charge after riding
22'000km is rather disappointing, but if they still have reasonable Ah capacity I can look at trading them in (I have a solar setup that could use some battery)

I think it's 1.6mA drawn on a per cell basis when the BMS12 module is not powered - but I will measure this weekend, particularly if the current draw reduces or goes away when cell voltage gets lower.

We're getting closer to having a setup where if it is forgotten about for a few months, battery death is not the end result

Hi Matt - I'll check out Suzi Auto - I'll have to phone them - no info on their web page.
When you replied, I was negotiating to buy a far - no electricity, and to get it the power has to bee bought under a river - mega$ - so I was thinking off-grid and a possible use for my cells. But my offers were declined. We have an 8kW system at home but I don't think my system allows for a battery bank - so the cells may be looking for a home. I'd better source some Nissan cells first though.

The 1.6mA draw is present even when turning off