Problem is anything that will provide 30A charging current is too heavy, bulky, or too expensive. Currently looking at using the proximity signal on the J1772 standard to limit the AC current source to 32A. Then rectifing the signal and then routing through the battery at less than 30A.

The J1772 compliant charge stations don't limit the current at all, all they do is tell the charger what the maximum amount that can be drawn is.

If the charger goes above this, the charge station disconnects you.

have you seen this charger:
http://www.emotorwerks.com/emw3/product/complete-charger-component-kit-no-enclosure/

Thanks for your input. Yes, I've seen the emotorwerks DIY charger and it's much too expensive.

I think you were talking about the J1772 pilot signal signaling a max current via its PWM output. They use that signal to indicate to the EV the max current output of the station (many of our stations are limited to 30A) but also as a way to throttle back EV chargers during peak demand periods or rolling blackouts. So what you stated about the pilot line is true, but what I was alluding to is the EV's current control function of the proximity signal line:

The function of the Proximity Pilot PP allows the car to control the maximum charging current of the charging station by adding a resistor on the PP-PE loop. This allows adapter cables to use a resistance coding for the current. The pilot line circuitry examples show that the resistor is put in the plugs of the adapter cable itself - if the PP-PE is connected through to the car then it allows its battery management system to control the charging process by shifting additional resistors that are put in parallel with the permant 2700 Ω resistor on the loop.

My gameplan is to signal to the charging station to limit current to 32A max (most are already limited to 30A) via the proximity signal, full bridge rectify that AC power to
340Vdc, add HVC circuitry (thanks to Fechter) and fuses before stuffing the power into the battery pack. What I need to verify with the engineers is:

1. That the charge station will indeed limit the current to 32A max without shutting down if my Bike tries to draw more current.

2. That the charging station won't shutdown if it is already maxed out at 30A and I request via the proxminty signal 32A.

3. That the rectified DC power acts as a current source much like a 'Freddie Charger'.

If the above is true then a 30A charger could be built for less than $200. Add the $120 adapter cable and you have a small, lightweight, inexpensive charger that could be very attractive to the EV marketplace.

Hmm, on the above charger idea, the avg current would only be about 22.4A as the current is only flowing when the full wave rectified voltage is above pack voltage or about 76% of the time. On the GBS 40AH cells, GBS recommends a charging current from 12A to 32A with an ideal rate of 20A. So the ~29A pulses and ~22A avg current should be a good fit for these batteries. It still would give me a 2.5 times improvement over the 9A charger that came with the bike.

This all sounds very interesting. Keep us posted! :-)

Have you tried to get parts or deal with the company yet?

I have gotten numerous parts, wiring diagrams, technical data (to allow me to make modifications) from ZEV. Darus has always been very helpful in my requests.

In my 7 years of owning ZEV bikes and corresponding with Darus, I have been very happy with the customer service I have received.

My issues with ZEV bikes has been more the stated specifications: max speed, range, and lack of regen. But then, this was on six and seven year old bikes; I have no knowledge on newer bikes.

My first bike was purchased with a 60% discount thanks to tax credits. So my overall expectations might be different from someone that had paid full retail. To me the bike was a great platform to make the modifications I wanted to make and deemed a great value. My current T7100 was acquired used at an even better discount. The T7100 is still going strong thanks to the support from Darus.

My experience over the years has been, people who have the technical skills to maintain and modify the bikes to their needs have been happy. People who would benefit from local dealer support are less happy with the bikes.

ZEV is the oldest maker of on the road, highway able 2 wheelers. Over 11 years, going on 12. There are ZEV bikes in 25 country that we support. Fed Ex and DHL gets parts out to anyone in days. But in 11 years, all of the parts ever sent out for non crash damage would fit in a desk sized cube. No motor has ever failed.

Not a lot to go bad in an electric bike. We keep all of the systems separate for diagnosis and service. IE - The motor can run when the lights/horn do not work, and vice versa. In 11 years, only 4 bikes world wide have ever been taken to a dealer for service. But except for the electrics, any general bike shop can service the brakes, suspension, etc. A lot of parts in the industry are all shared across many brands both gas and electric.

A great amount of detail has changed in the 7 years since IBN bought his 6100. All bikes have had regen for some time, and programmable controller to vary it. Controllers have grown in size, Mosfet count. Bigger and bigger battery packs have evolved and range soared. Now we are up to 185 miles at 55 mph actual road driving test on the latest LRC, and way over that if we use the SAE test methods which have lower speeds and are dyno oriented. Motors have become more and more efficient as constant tweaking goes on and streamlining has yielded good measurable results to reduce watts per mile consumption.

The S bike that IBN had is now in the process of being replaced. All new orders for S bikes get a new body that can hold even more Kwh of battery capacity, and have digital gauges and LED lights. This started on July 15. Now they look like this 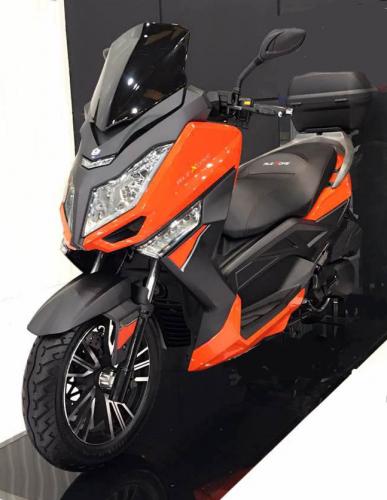 Zev is a good machine. I just have not been alble to use mine in four months! Cant ride it if it cant be charge i cant charge it if I cant get a charger that works.