I have had a Bionx 350PL since June 2008. I now have about 5000 miles on the system and it has performed fairly flawlessly. I ride it year round, pretty much every day and in all kinds of weather. I have found the system very pleasurable to use. The only operational problem has been a very occasional hiccup where the control system locks up - this happens about once a month and the fix is to disconnect and reconnect the controller. it is still riding perfectly.

BUT - the battery is now down to below 75% capacity. I have remeasured this very carefully, doing multiple rides on a standard course I use. All at pretty much the same temperature and wind conditions. Unfortunately, I have no energy measurement system that can accurately measure how many aHr I have used. But the change is extremely noticeable.

I contacted the distributor that sold me the kit before my 1-year battery warranty was up in late June. They suggested I reset the battery monitor ( fully charge the battery, let it sit a while, then put in a code that sets that level to "full" on the indicator) and also completely drain the battery several times.

I did this and noticed no changes. By now it is August as it took me that long to perform the cycles and then retest the range several times.

They then contacted Bionx who said that my mileage in one year ( about 4000 miles) was extreme and maybe that might be the problem. I think they misunderstood my mileage, as 4000 miles per year is nothing. I use to put a good bit more on my commuter bike back before I had an assist kit. We had some back and forth and no resolution.

I then contacted Bionx directly and they immediately responded, saying someone would get back to me but that time and storage can affect battery life. In my case, the battery was only a year from purchase when I first noticed the drop, and I baby the battery - only charge it when it has cooled down, keep it in a heated garage, etc. I also never completely drain the battery except when it was suggested as a way of re balancing the cells.

They've never got back to me and I'm about to give up.

But at this point, as much as I have enjoyed the Bionx system, I have to recommend against anyone purchasing it. Bionx rates their battery for about 400 cycles. Now most rechargeable battery manufactures rate a battery life as the number of cycles until its capacity has fallen to 80%. In my case, the way I use the bike ( always at level 2, no thottle) I get about 35 miles per cycle. So 400 cycles, at 80% of this range, is about 11,200 miles. I was a little over a third this range when it fell to 75% capacity. (Greenspeed and some other distributors advertise 500 or even 600 cycles).

When I made the decision to purchase the bike, I knew the $1000 battery replacement cost was extraordinarily high for a 36V 9.6 ahr lithium battery, but I figured it would be worth it for a nicely performing system over 12,000 miles.

But with my system lasting only a third of this life, I now feel this is not a very good value at all and would not recommend this system to others.

One reason the Bionx battery system is so expensive is that all the control electronics are in the battery case. So you can't just substitute batteries. Bionx should have a refurbishing program where you return the system and they just replace the cells while keeping the electronics, but they don't.

In any case, there is something wrong if I can only get about 130 cycles on their batteries.

With price differences quoted, you can bet that if it were me, I would figure a way to connect my own battery to their controller! I certainly would NOT give them $1,000.00 for only 10 AH at 36 volts!-Bob

Had more back and forth with Bionx. That had me make yet more measurements involving "double charging" the battery then riding it until it was drained. Doing this, the range is down only 21% from new. They seem to think this is acceptable.

I've got a recumbent bike with the Bionx 36V system. And I own two batteries, both of which don't show more than 50-60% on the meter when "fully charged." I'm wondering if the alternate batteries you mention can be used with the Bionx system? And how one would connect them given their proprietary battery mounting/connecting system.

I think the voltage reading after a full charge is a better indication of battery condition than the meter reading. See the fifth link in the following posting:

Yes. Press & hold on/off shitch 5 cycles & gauge resets correctly. I've got a pre-2009 PL350 on a Catrike and a PL500 Rev 4.0 on a Raleigh Aluminum road bike. Bought a LiFePo4 36 V 20 amp pack (about $450)which charges to 41-42 volts like the Bionx, and a male XLR plug. Pin 2 is neg., pin 4 positive. Put the supplementary pack on a rear carrier. I Run it with AWG#14 wire, via a spst switch and a 0-10amp ammeter on the aerobars. All features on the console work the same, and the regen motors charge both batteries simultaneously. Of course you've got to use 2 different chargers to charge both packs at the same time with the SPST switch off. This set-up triples the riding range of my Standard 36 volt Bionx battery. It's a lot cheaper than purchasing a new Bionx battery.

The dealer "Itselectric" posted a video demonstrating one way to adapt the Bionx system to a different battery. It involved taking out the Bionx cells and drilling an access hole into the original battery case. Your system seems much more user- friendly. Since I know Itselectric occasionally posts to this site, I wonder whether they'd be willing to comment on your solution.

If your pack is dead do it Itselectric way or via the XLR port if the pack still partially good.

The video leaves the impression they are doing all of this to sell their battery -- wouldn't the challenge be to replace the worn out battery with the highest AH replacement you could find in the same physical area? Am I missing something?

Here's what I would consider for replacement: http://www.batteryspace.com/limnnirechargeable26650cell37v4000mah10arated148wh.aspx

If I was a little more adventurous, I'd see how many of these I could pack into that case:

I questioned Itselectric about putting LiFePo4 batteries in the case and they claimed that currently available LiFePo4 cells are larger and you'd get reduced AHs for the same volume. I emailed them and they agreed to comment on your setup.

I guess the folks at Itselectric are busy.
A friend noted that, since charging current is likely to be lower than peak operating current, the charging circuitry could be less robust than that needed to carry current-under-load. Also, how do you use your ammeter and spst switch. And where did you purchase your LiFePO4 batteries.

I guess the folks at Itselectric are busy.
A friend noted that, since charging current is likely to be lower than peak operating current, the charging circuitry could be less robust than that needed to carry current-under-load. Also, how do you use your ammeter and spst switch. And where did you purchase your LiFePO4 batteries.

Sandor: Charging wires from XLR port to Bionx pack are short and of very low resistance and therefore can carry 20 amps for a short time ...no problem for over 1000 miles. The switch and ammeter are in series with the parallel pack and used to monitor current draw and allow me to lengthen trip distance. Got the LiFePo4 pack & charger (not Ping)on Ebay....Sniped a bid at at $350 last 5 seconds. Lots of sellers there for $450-600.

Just got my battery results back.

I guess I'm surprised at this, as I though an 80% reduction in capacity was the benchmark for stating battery cycle life. If so, then the battery is only good for 200 cycles or so.

But some exciting news - The Bionx rep told me they do cell replacement for $581.

Definately,36v10ah battery have a $1000.00 price is much more,but generally speaking,different production has different price,37v lithium ploymer battery might be have lithium cobalt nature instead oflithium iron phosphate battery.

Definately,36v10ah battery have a $1000.00 price is much more,but generally speaking,different production has different price,37v lithium ploymer battery might be have lithium cobalt nature instead oflithium iron phosphate battery.

Hi,we are a china LiFePO4 manufacture,if you have interest we can make one 36V10Ah for you.It will need less than USD$300 include the shipping charge.Attached is our 36V10Ah sample picture for your reference,please check.Thank you.< 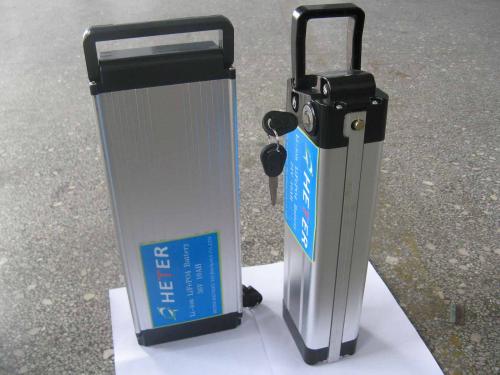 In case your interested, I may be able to help you out with
restoring your battery to new condition. Let me know when you are ready.

My two dpdt switches wired curiously together allow front or rear or both and the the fly switching without going thru a zero voltage, and either front (bionx) or r

I have a solution that seems to work quite nicely.

Just got my battery back last weekend - what a LONG turn around. I first wrote them about the problem in late June, and they finally asked me to ship it to them in late November, and I get it back from testing in late Jan. Over half a year!

This points out one of the real problems with ebikes in the USA - there is simply no local servicing. In the Philadelphia area where I live there is only one bike shop that handles Bionx, and they have no Bionx kits to sell. You bring anything in for servicing and I imagine they just ship it back to Bionx.

Maybe when ebikes get more popular this will change. The total battery eenergy test Bionx did should be able to be done in a local distributor. Maybe one day they can also give you loaner parts while testing.

My two dpdt switches wired curiously together allow front or rear or both and the the fly switching without going thru a zero voltage, and either front (bionx) or r

I am wondering how you are going with this system. I'm thinking about trying it to increase range of the system but I am concerned about sending possibly 30AH from the second battery to the motor via the method you are using. The output of the BionX charger appears substantially less and someone else raised concerns about the BionX's battery's input wiring via the method you are using to handle the load.

Otherwise it looks like a great solution. I have a LifePO4 12AH battery I'm thinking about buying which is rated at 30AH maximum discharge. Except for this concern, I would probably buy it and try your idea.

Our BionX PL350 is only a couple of months old, so there's no problem with the factory battery, we just want to extend the range. I don't want to void the warranty by physically modifying the BionX, and I have a couple of follow up questions to the approach of hooking up a second battery in parallel through the XLR charging port.
Is there a downside to using LiFePO4 for the 2nd battery?
The BionX manual says to turn the controller off before charging – we'd turn the controller off when plugging the second battery into the XLR, but could having the controller on with the other battery hooked up in this manner cause any damage to the BionX controller or electronics?

marylandbob:
Is it possible to use one of the batteries you mentioned with the Bionx system? How would one connect it???

If you are interested in ,pls contact me .
you are welcome to visit our website : www.kamcap.com
We will offer you with the best quality and the competive price .
I am looking forward hearing you soon.
Best Regards , 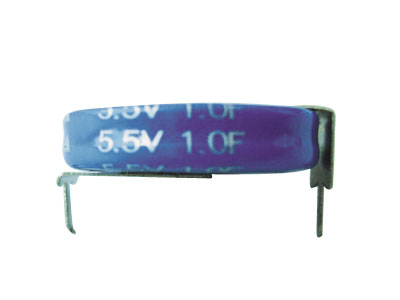 Thanks for you information i newly join and your post help me.