I am trying to figure out how to fit the battery. The original plan was to put 32 cells arranged as 2 rows of 16 in the bottom of the battery compartment. However, they don't fit.
At the rear, welding lugs from the frame's rear casting are protruding. I am prepared to grind some of that away to make the cells fit side by side. 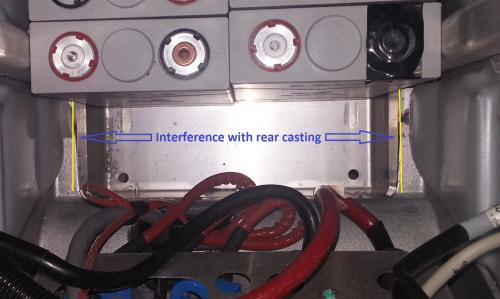 Received the battery. 42 CALB CA66Fi cells, 66Ah. 32 of them go into the battery compartment standing up as 2 rows of 16 and the remaining 10 will be stacked flat on top, most of them where the impellers used to be. Unfortunately the supplier forgot to send the interconnects. Next week then...

The threat of global warming looms large over the face of earth and is attracting war scale measures from various quarters. However there is also a unique way of fighting global warming which is really fun filled. The electric bicycle has emerged as a suitable alternative to traditional vehicles and can help you to reduce your carbon footprints while you enjoy a joyful ride through the beautiful countryside!

Electric bicycleis finding a lot of acceptability across the whole world although there are different rules governing the electric bicycle in different countries. Thus in Australia the electric bikes and electric scooter have to comply with the Australian Design Rules(ADR) before the vehicles can be legally allowed on the roads. The ADR covers a whole range of vehicles which include self powered as well as motor propelled bicycle.

According to the Australian ADR a pedal cycle is one which has one or more propulsion motors attached to it having a maximum output of not more than 200 watts. Thus an electric cycle is basically a cycle which can be propelled with the help of an external device. The source of energy in the electric bike is generally clean fuel cells which provide a constant supply of carbon free energy.

All the above factors determine the design of the electric bike that will be launched in the market.

Electric bikes have come a long way since their early days of inception. The present day electric bikes are sleeker and can pack many features together. They are distinguished by the use of super light LiFePo4 batteries which makes them super light and also highly portable. You can carry the bike around with you wherever you go! Also the motor bicycle kit makes it possible for you to assemble the bike right inside your home by following some simple Do It Yourself steps.

Upgrading from SLA to LiFePO4

Some of you have been following my project to upgrade my little 180W ebike.
I have all ready posted on upgrading the hub motor from the 180W 36V system to the 1000W 48V system.
I promised to post on the performance when I got my new battery, and it finally came in.

Has anyone used a Shockley LifEPO4 Battery Pack??

Hello,
I am looking into a getting a 36v 10AH pack from Shockley. They sell there stuff on ebay and on http://www.EcoForumZ.com/.

It comes with a nice case, charger and BMS. I asked about the cells used, and they said they are new foil pack 3.2v cells. Has anyone heard of them? Is anyone using this pack? I attached a picture.

Can I run my LiFePO4 Battery with no BMS?

Hello,
I am a newbie who just purchased my first e-bike conversion kit. I picked up the Phoenix 5304 hub motor with a 40 amp controller. The battery been used is a duct tape 48v 20ah pack. I converted my bike and everything worked fine my first time out........until I started to smell smoke :(. I looked over the battery pack it was fine, not even warm. I then inspected the BMS which basically melted. The solder was dripping off the BMS like water!

I did some testing, and believe it or not the BMS still works. After my testing I decided to do the following. 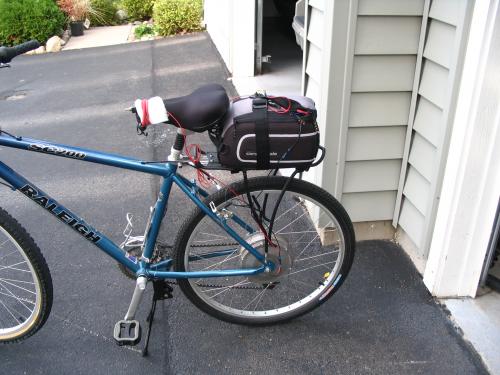 10/11/2008: 3rd test ride: Farther. Went on a 5 mile loop. Very windy, long rolling hills for the most part. I adjusted the pedaling gears so that I could contribute from about 15mph-22mph. Everything went very smooth. This thing is really fast! Scary fast!