A new full-sized folding bike with a 36 volt Lithium Ion battery pack is available in the U.S. for the first time. Named the EW-475-Li, it was introduced in late March 2011 and is currently on sale at High 5 Scooters. See pictures below: 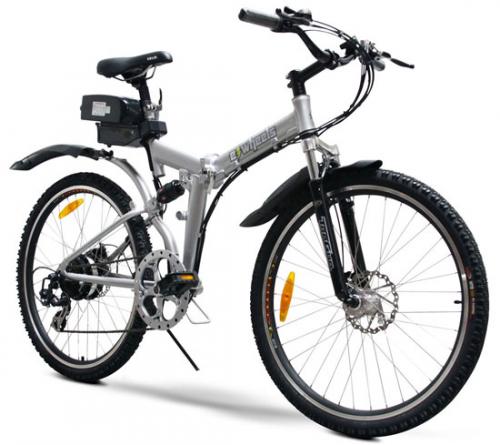 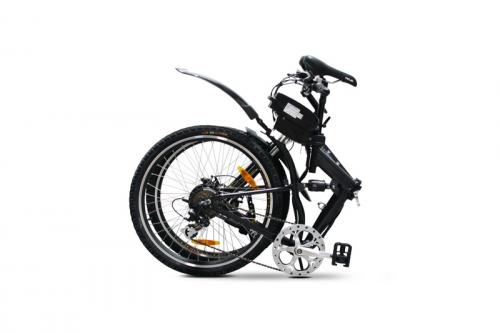 X-Treme introduced a comparable full-size folding bike with a 24 volt Lithium Ion battery pack in September, 2009, called the XB-310Li which was very well received but it has been out-of-stock on since March of this year and is not expected to be restocked until early June, 2011. The EW-475 has a larger battery pack than the XB-310Li (36 volt and 10 amps vs 24 volt and 8 amps for the XB-310Li) and uses the super-stable extremely long-life LiFePO4 battery chemistry.

The EW-475-Li has 26" wheels, folds in half and comes with folding pedals. It is powered by a state of the art 300 watt hub motor combined with the powerful 36 volt lithium battery. This bike has it all including both front and rear shocks, disc brakes and a lightweight aluminum frame. And it is built with all top of the line components. It weights a lightweight 52 lbs which includes bike, battery and motor.

The EW-475-Li has an independent full twist throttle -- in addition to the regular 'pedal assist' mode. So, you can pedal with a significant boost from the electric motor or not pedal at all. The bike has a top speed of 20 mph* and up to 25 miles per charge using the motor only. There are really three modes operation: (1) You can turn off the power and pedal this bike like any other bicycle; (2) You can turn on the power and receive a strong electric motor assist as you pedal (this is when you'll feel like superman or superwoman!); or (3) You can use the variable-speed twist-throttle the entire time - no pedaling required.

More specifications and pictures can be found at http://www.high5scooters.com/productinfo/ew475.htm

I recently had the privilege to test and review a pair of bicycles including one that just makes me question "what's an electric bicycle." See - Head-head the A2B Metro and EMS Elite bicycles

Hi all .
When i spent some time fixing my vectrix scooter .
the wheel bearing had broke.
Anyhow i had to pull out my old biycle and ride to work and i found it.

Really difficult as it didn't help all the bad weather i had to go through .

i lost 13lbs in two weeks theres the motivation...

So hear it is i need HELP.. i don't / won't give up my vectrix i am willing to cycle two/three days a week
And use the vectrix the other days .

The threat of global warming looms large over the face of earth and is attracting war scale measures from various quarters. However there is also a unique way of fighting global warming which is really fun filled. The electric bicycle has emerged as a suitable alternative to traditional vehicles and can help you to reduce your carbon footprints while you enjoy a joyful ride through the beautiful countryside!

Electric bicycleis finding a lot of acceptability across the whole world although there are different rules governing the electric bicycle in different countries. Thus in Australia the electric bikes and electric scooter have to comply with the Australian Design Rules(ADR) before the vehicles can be legally allowed on the roads. The ADR covers a whole range of vehicles which include self powered as well as motor propelled bicycle.

According to the Australian ADR a pedal cycle is one which has one or more propulsion motors attached to it having a maximum output of not more than 200 watts. Thus an electric cycle is basically a cycle which can be propelled with the help of an external device. The source of energy in the electric bike is generally clean fuel cells which provide a constant supply of carbon free energy.

All the above factors determine the design of the electric bike that will be launched in the market.

Electric bikes have come a long way since their early days of inception. The present day electric bikes are sleeker and can pack many features together. They are distinguished by the use of super light LiFePo4 batteries which makes them super light and also highly portable. You can carry the bike around with you wherever you go! Also the motor bicycle kit makes it possible for you to assemble the bike right inside your home by following some simple Do It Yourself steps.

Wow! GoEco is an electric bicycle dealer in Ireland (they say they're the only such) who is selling some wild looking trailers, and offering electric bicycle support for trekking around Ireland. Very tempting looking. - technorati: FHFZ84SC3QBA

They call these "midget bicycle campers". It's a cargo trailer that looks well built which can comes along with a tent. They also have a picture of a tent that appears to be built onto a camping cot. 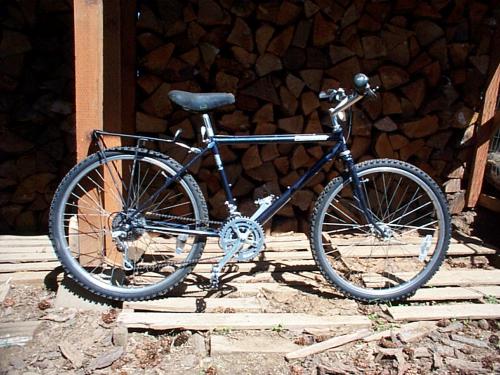 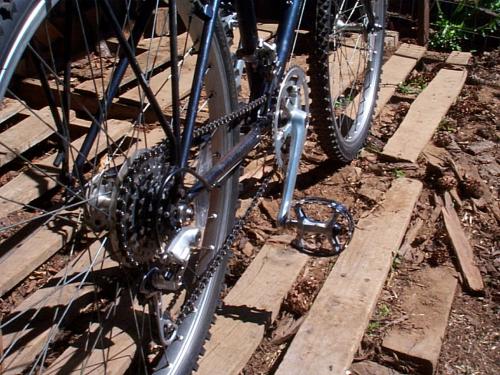 (Note: I will be adding some diagrams and photos as the project progresses and I have time to add them) 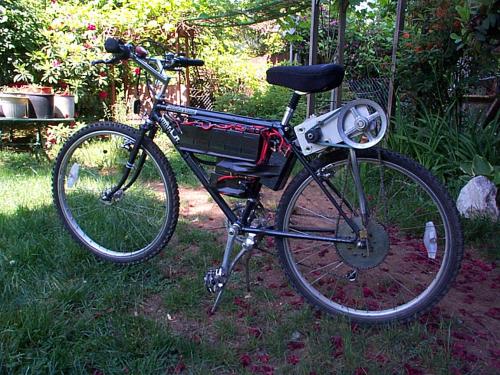 Not fully refined but a working proto-type

How It All Began