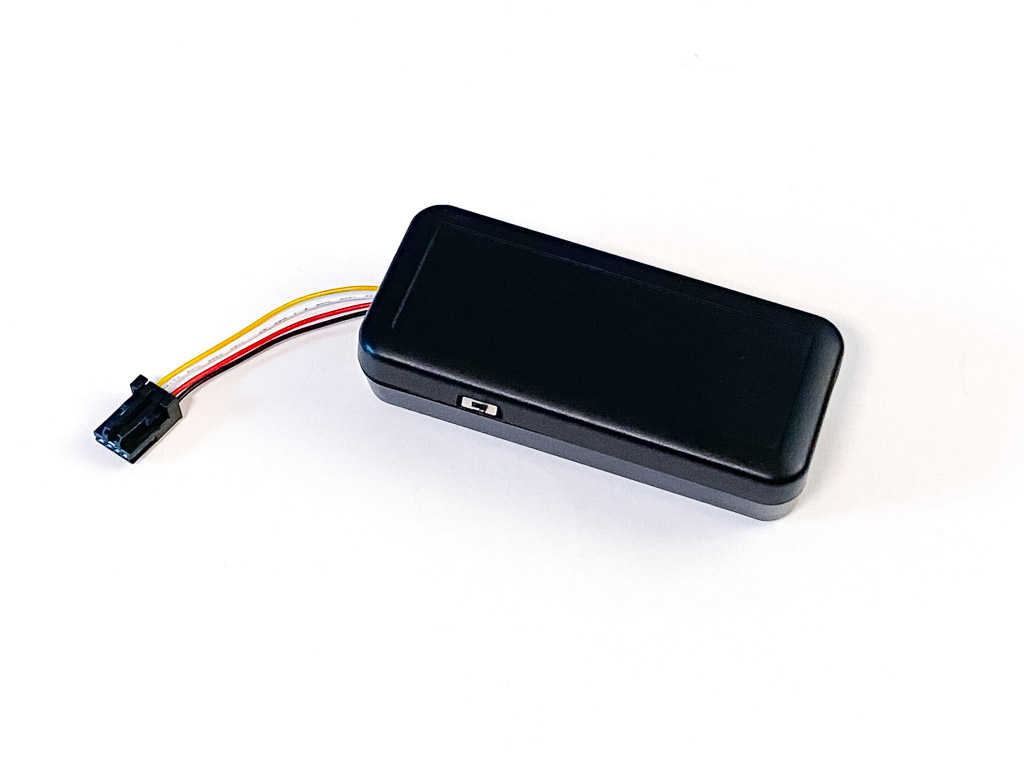 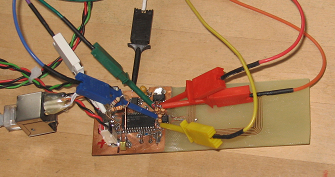 Some progress: the CanMon 5000 - NFC prototype firmware has achieved stability.
These pics show temperature data as received in the phone thru the NFC link.
The locations 0x10/0x11 and 0x18/0x19 represent tag addresses, as displayed via NXP's NFC Tools App and NXP's NTAG I2C Demo App, where the temperature data resides.
I know it is not much but it is progress. 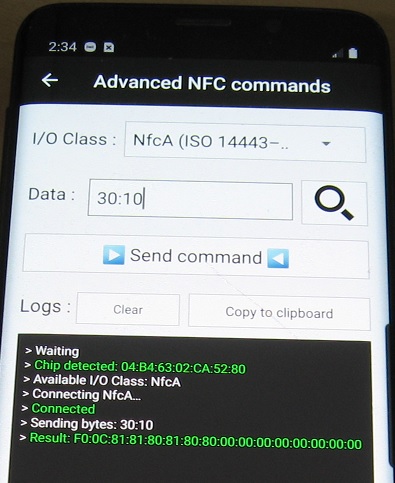 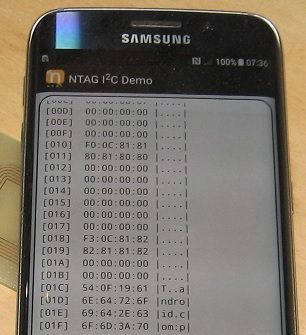 Here is a sample of two prototype User Interface screens, again, it is not much and these are subject to change, but progress is slow. 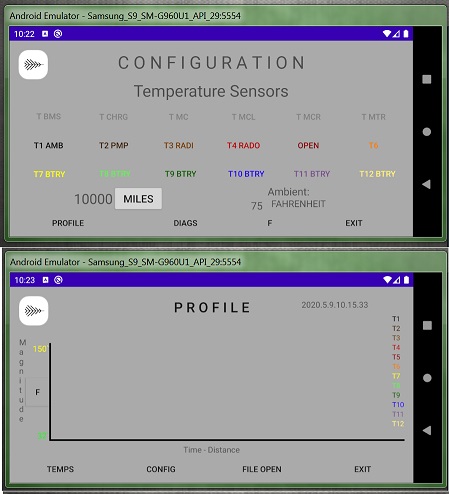 Where are you getting your .dbc info? Are you building a list of CAN signals yourself?

I have been using the iPhone app TesLAX to make sense of what I have coming off my wife's iMiev, but it's SUPER slow going. I also have the adapter so I can use the CANserver on my Vectrix but I haven't begun to do that as I drive that less than I do the iMiev, but if someone already has a rudimentary .dbc I would be tickled to see how it's working in my setup.

Where are you getting your .dbc info?

I'm not quite that far yet. At the moment the NXP apps just read what is in the CanMon's NFC Tag. The CanMon just 'listens' to the Can Bus and then puts data into the tag to be available to the phone app. When the apps 'read', it is sort of like a live update as the CanMon monitors the Can Bus and periodically refreshes the data in the NFC tag memory. The .dbc is necessary for logging and histograms etc., but like I said I am not that far yet. Most of the user interface is written but getting the NFC link to work in Android (in my app) is slow going.

Are you building a list of CAN signals yourself?

...not sure what you mean by this... but the Can Bus data is available via addresses, so, I use those to get pertinent data. If I read your question correctly -> I guess: yes I have a list of addresses and the data they carry (one for the bike I am creating and one for the Vectrix Vx-1).

I would tend to think my .dbc (I say "my" as I have to create the database f/u/w the app I am writing; and, as such, there is no particular placement the data items need to follow) would not *match* up to what the iPhone app is expecting so the data presented would be meaningless, if it presented/displayed at all.

Yes, Can signals are numbered and the .dbc file contains the mapping from the numbered signal to intelligible data. Obviously the signal name to indicate what the variable represents, but also things like is a larger than 8-bit variable little or big endian, what offset does the number represent, what is the range of the variable beyond just the number of bits used to represent it? I think there might even be a multiplier but I could be wrong on that.

If you have such data on what is coming off the Vectrix Canbus I would love to take a look.

The Can address/data listing I have is from the legacy NiMH firmware. I know the latest Dugas Engineering firmware has changed some of the addresses ... anyway, I have been rather busy but if you go back far enough on the Vectrix threads you will find information about the can bus and data, it may even be in the Vectrix handbook. I might have the listing as a file somewhere -- if you are that interested pm me and I will see if I can find it....