How about shipping to the United Kingdom? Do you do that? I'm thinking of converting to lithium using an Antiscab kit and your batteries. The weight of the batteries makes shipping impossibly expensive usually, so do you do sea freight to the UK?

Hello James,
I ask just the price for the kit and this is the answer:

I have no more information for the shipping and I don't try this seller.

If you try give a news.
Bye

Just to say that I am a happy new Li converted thanks to Matt's kit.
Congratulation to Matt !!
I trust his kit even more than official Vectrix Lithium since we see some defective Li+ bike around here...

Anyone interested in my former NiMh cells? They are 2 years old and 6000 km.

Just to say that I am a happy new Li converted thanks to Matt's kit.
Congratulation to Matt !!
I trust his kit even more than official Vectrix Lithium since we see some defective Li+ bike around here...

Anyone interested in my former NiMh cells? They are 2 years old and 6000 km.

I'd be interested. I don't think I actually need any but wouldn't mind having some spares. Where in the world are you?

BTW... are you using the original Vectrix battery charger for this upgrade?

Yes, I am using original charger. With 40Ah, it is OK to keep it.
But with more Ah, it can not charge enough.
Thanks to Matt's BMS choice, there is no pb with NiMh charger strategy.

I could use some cells. I am in Houston, Tx. Where are you located?

PM me if you need some NiMH cells. I'm in Seattke. I have 101 good cells right now. I bought 102 (full set), but only ended up using 1 of them on what I thought was a dead bike.

For people interested in my NiMh cells, I am located in France.

Me too, i had just finished Li 40Ah conversion.
Thanks to antiscab ! 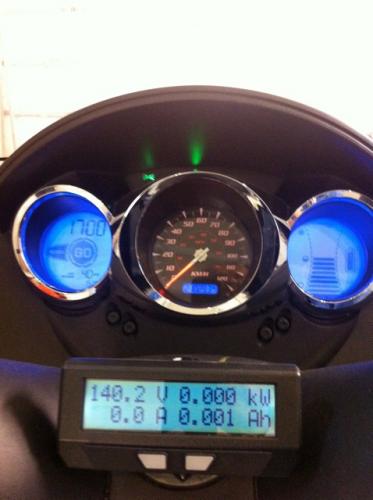 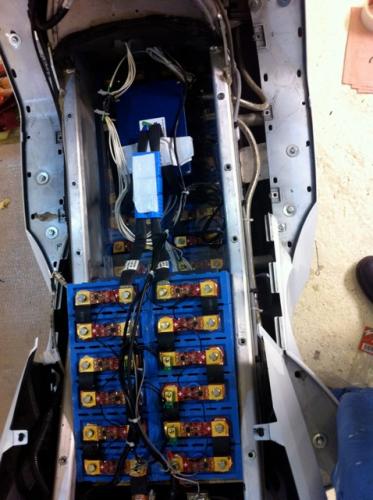 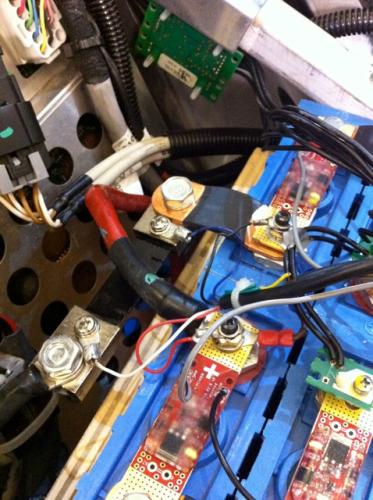 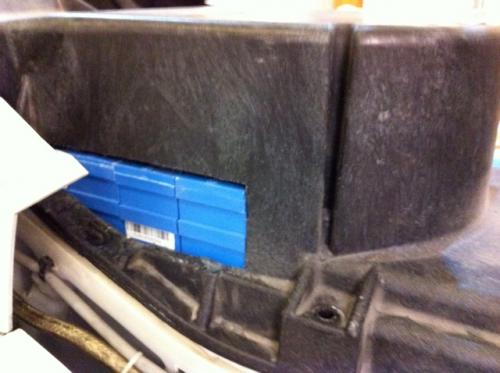 Very useful videos so far, thanks!

There is a way to get the black impeller housing on and off without damaging it. It's still a bit of a pain, though.

You cut the cable-tie holding the front-batt temp sensor connector to the frame, move it to the side (stick it under the fairing), then lift the front of the impeller housing up first. That gives you a little more space to move at the back end, so that a good yank without a screwdriver will free it.

I found it very easy to remove six screws and two bolts which then allowed the whole of the rear subframe assembly and storage area to pivot backwards giving enough space to remove the battery cover without having to lever or yank anything.

Then I undid the two 17mm headed bolts that secure the top of the rear subframe assembly and the frame then pivoted backwards on the lower fixing bolts until the top fixing brackets came to rest against the shock absorber fixing bolts:

With the frame pivoted back there is a lot more clearance allowing the battery cover to be removed very easily without any struggling or levering:

When you refit the subframe and tighten the fixing bolts that you removed, you should also check the tightness of the lower fixing bolts, because the pivoting action is likely to have loosened them slightly:

You may have already noticed that in one of the the above photos I have not removed the switch for the storage compartment light, this was because it had moved far enough back that it did not interfere with the battery cover removal. This might not always work as it will depend on how much movement is available on your particular bike. If you don't have as much additional clearance as I did it might be safer to remove the switch first just in case.

I found this way to be very easy after it's removed the first time, just cut it with a hacksaw,see photos. 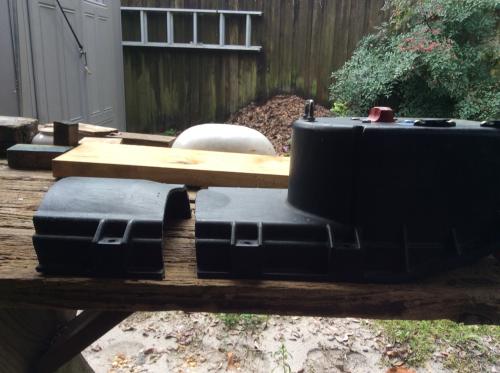 ONE MORE OF BATTERY COVER CUT FOR EASY REMOVABLE. 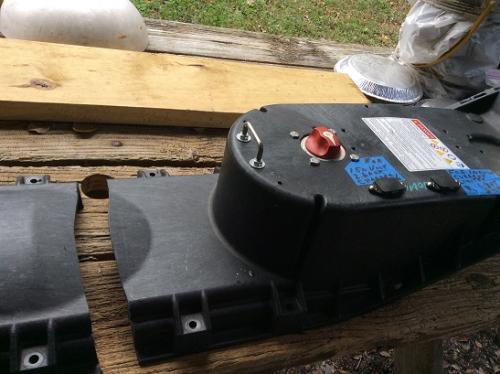 I have 27 motorcycles to the sale in New Closed box

In May 2010 27 power units Make Model 2010 Vectrix VX-1 Maxi Scooter All Electric Version, the total units are under guard in our cellars in Laredo, Texas were purchased.

During 2012, 27 units were sent to the factory where it underwent an upgrade of VX-1 Li VX-1, consisting of the following:

I have all the original papers, the motorcycle are totally NEW

The batteries did not believe that work