As posted on other threads CuMoCo took the plunge and bought one of the VX-1's at "fire sale" prices off of ebay. On the one hand I realize that this is somewhat predatory, but on the other hand it gets us a bike and we can (a) use it for our own benchmarking & (b) help give back to the community with stuff that we learn.

Not that there will necessary be all that much new to learn because Mik (and others) have already "blazed a trail" of impressive breadth and depth.

The first two modifications planned are:

A friend of mine lent me his copy of The Economist which has an article on Shai Agassi or Project Better Place. It's a great article and in the opening blurb it makes a great (but brief) comparison between Agassi and Jobs. That comparison is one that I think will play out in more than one way – I think Better Place may become the Apple of the EV world – they may very well end up with a well designed and workable CLOSED system. And, just like Apple is never more than a niche player in the personal computing product space Better Place will never be more than a niche in the EV world.

Well, it's sort of mounted! I'm not going to bolt the motor mount to the motor platform until I have the front sprocket on the motor shaft - that way I can do a better job of lining things up (well that's the plan anyway).

I got my batteries delivered on Friday. I now have about 360lbs of lead to play with! Along with a whole bunch of other stuff and I need to fit it all in that poor, unsuspecting 750 frame... 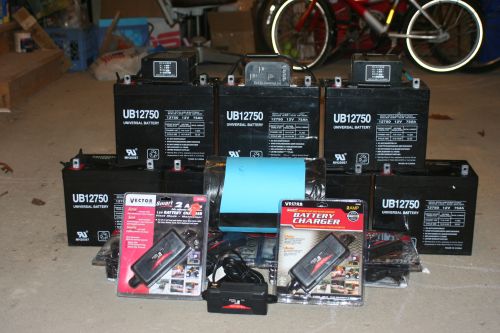 I went to the local metal supply shop and bought some 1/8" strap and some L shaped as well. I've been playing around with specific mounting strategies in my mind for a while - now it was time to try them out for real. So far, touch wood, I've been reasonably happy with my progress.

The following pictures show my trial layouts using 55Ah batteries and an ADC motor (6.75" diameter, 11 inch length). The box for the batteries includes the terminal height and is also oversized by 1/4 inch (the internal measurment is the external measurement of the battery).

Well, when I'm not reading the daily soap opera posts (and participating from time to time!) over on the message boards I have made some progress with the CB-750. At the moment the new front runner is a 96V system, based on 55Ah UB12550's and an ADC MT2113.

OK, so I found a round tuit down the back of the sofa and decided to use it for calculating some numbers for my CB750 conversion. I've created a spreadsheet based off of Bob Brant's Build Your Own Electric Vehicle and John Bidwell's Secrets of El-Ninja. I used BYOEV for the required torque formulas, and I used El-Ninja for the available torque formulas (they were presented as a nice short list in the Bidwell book!).

A big thank you to Jason and Jennifer! I picked up Jennifer's 1973 CB-750 this weekend - after a decade of no use they decided it was time to say goodbye. I promised to ride it back under electric power - but not for a while yet! 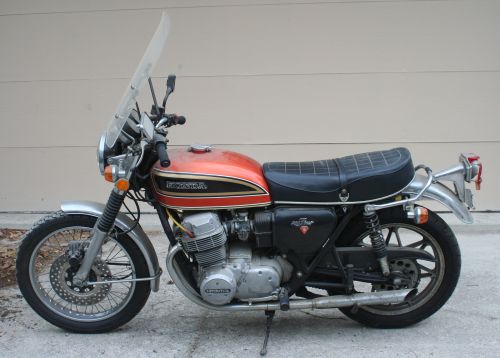 This weekend I converted my gas lawnmower to battery powered electric!

It was really easy. Research involved reading this page: http://www.builditsolar.com/Projects/Vehicles/LeeMower.htm

JDH: Opinion Piece on why we should look to someone other than the Auto Industry to produce an all electric vehicle

This opinion piece was published in the Ann Arbor News in July. When it was published I realized quite how long it was (must have been a slow news day!). It ran in the Sunday edition with a large artist sketch of a Zap-X and the title "Idea for the Billionaires". Gosh, darn it - I admit it - this one was good for the ego.